Following on from yesterday’s experiments, I did some exploring today in Gephi, an open source graph visualization program.

Gephi will load DOT language files, of the type I generated yesterday showing the interconnections between my blog posts, and has a dizzying array of options for configuring the resulting visualization.

What emerges is something considerably more usable than the images I generated yesterday in OmniGraffle.

For example, this one, which I created using a combination of the Fruchterman Reingold and ForceAtlas 2 layouts: 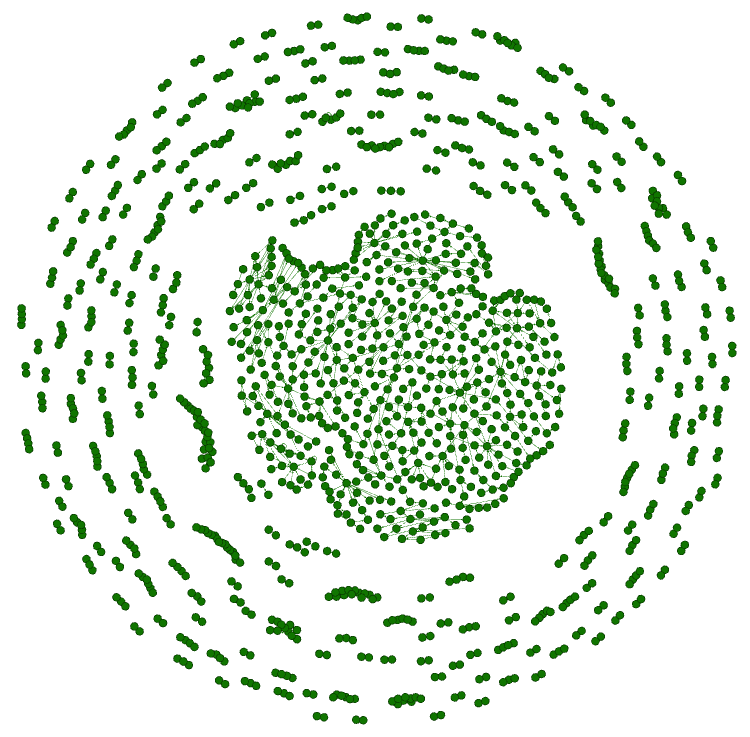 This visualization shows a bunch of smaller clusters of interlinked posts–anywhere from two posts that are linked to a dozen—gravitating around a large central cluster of posts that are all linked together.

Exploring that dense central cluster I see that it consists almost entirely of posts about letterpress and travel; for example, here’s a detail showing links out from Spending the Summer in Berlin, 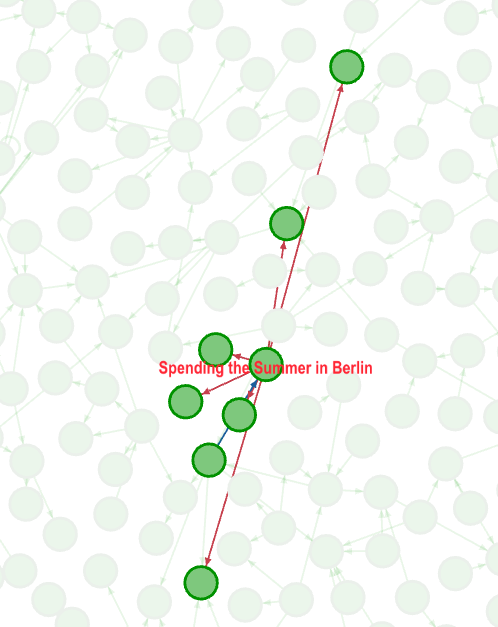 Here’s another detail, showing my post about Akzidenz Grotesk and its connections: 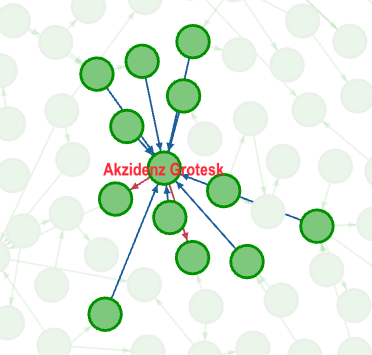 The linkfulness of posts about letterpress and travel makes sense: when I travel I visit people and places, often people and places I’ve visited before, and so I do a lot of linking; similarly, when I write about printing, I’ll refer to typefaces, or earlier projects, or the previous step in the current project.

In the outer reaches of the blog post galaxy are smaller, isolated, microclusters of posts: some of these are instances of a sudden interesting that quickly waned, like my interesting in Ruskin, PEI, which linked The Lost City of Ruskin to my post about the Ruskin Post Office. Others of these are simply times that I was writing in a less-linky way. 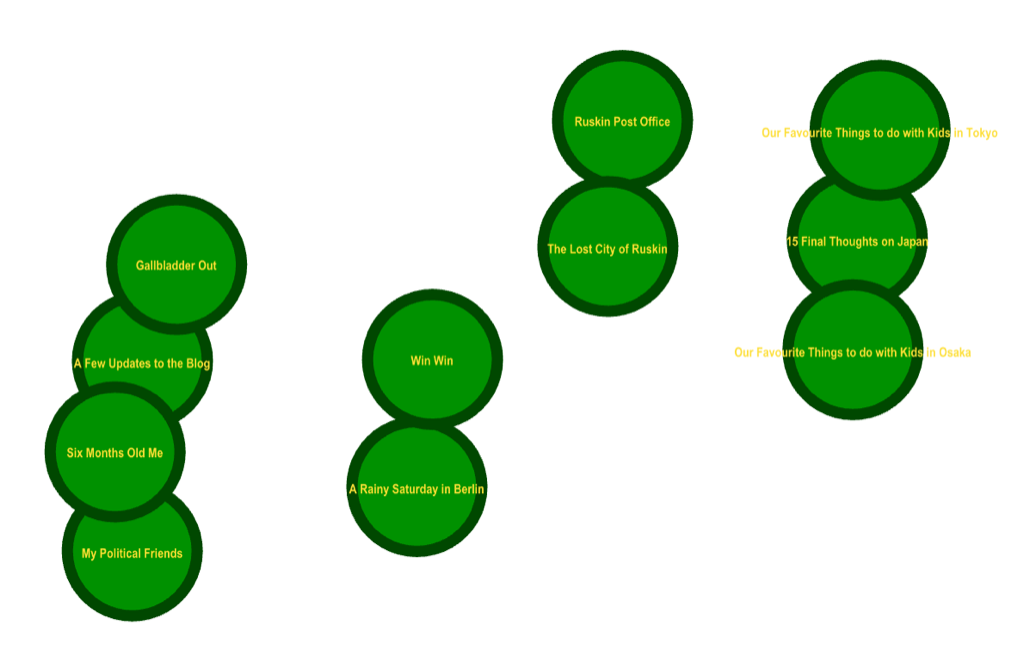 Note shown, of course, are the thousands of posts where I didn’t link to myself at all: a star system of lonely isolated posts disconnected from the rest.

Gephi is a tool that rewards experimentation, and so I’ve more experimenting to do. My next step, I think, is to look not at posts by the links between them, but rather by the tags I’ve applied to them.