For the last year I’ve been using Goudy’s Deepdene typeface for the body text here.

There’s been one glaring issue with this face in this digital realm: the number seven didn’t have enough heft to it, something you can see clearly here:

Now Deepdene isn’t a “hit you over the head with a rake” kind of typeface to begin with, so perhaps this isn’t fair criticism. But 2017 is almost upon us, and I couldn’t face a year of precious sevens.

And so, an upgrade: I’m now using Friedrich Althausen’s Vollkorn for both head and body; it’s a digitally-native face, far less precious, and with a commendable number seven.

Here’s something to illustrate the change: 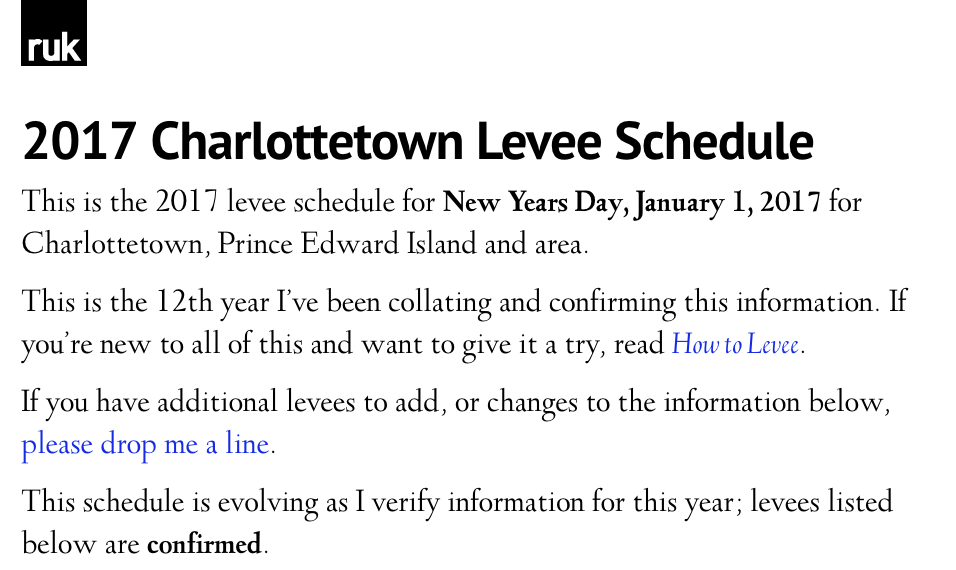 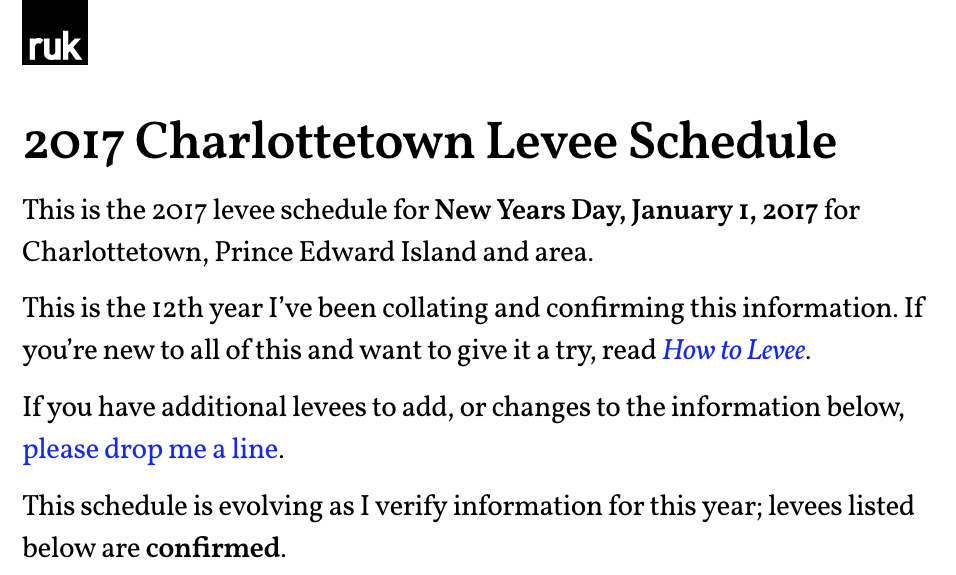 The keen-eyed among you will notice that I’ve added some space between the head and the body, and I’ve decreased the size of the body text from 24pt to 20pt, leaving the line height the same.

The result, to my eye, is clearer, easier to read.

Let’s try it out for a while and see what happens.

There’s another plus that comes with the switch: I’m no longer using the PT Sans Google Web Font. Brendan Eich, in a talk in Vienna last month called How To Fix the Web, reminded me that the web today is chock full of signals that advertisers and others use to track behaviour from site to site. While his talk focused on web advertising, Google uses “free” tools like Google Analytics and Google Fonts to do much the same thing, something described well here. By using PT Sans served by Google, I was providing Google with a way of knowing who was viewing this site; I removed Google Analytics tracking two years ago, and ceasing use of PT Sans completes the de-Googling of what gets served here.

So now, when you view the front page of ruk.ca site in a browser, everything is coming from here, with no signals going to Google or elsewhere: 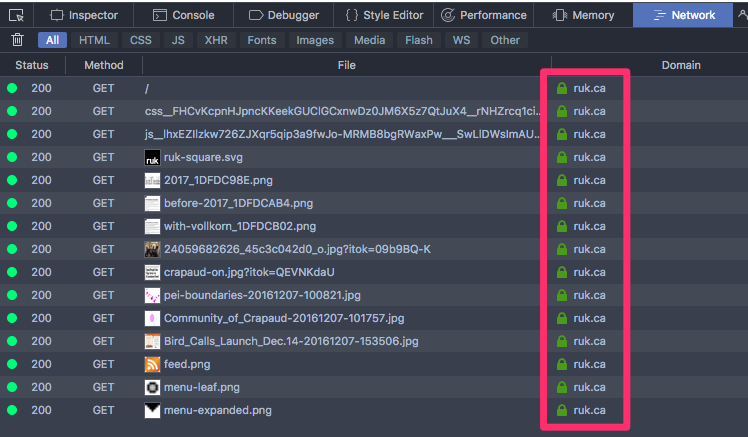 There’s still one signal I need to do something about, and that’s a ping that’s sent to Mollom, the comment-spam-filtering service, when you load a page with a comment for on it.  Mollom’s not Google, but it’s still elsewhere, and I’d like to find a way around that.

like this: https://simple.wikipedia.org/wiki/Main_Page - Simple English Wikipedia
and this: https://www.youtube.com/watch?v=01PUSrLCvcM - What if there was no advertising? | George Nimeh | TEDxVienna

I appreciate your attention to this - your site now irritates my various privacy widgets the least of all I visit!

You warm the cockles of my heart.

Your comment prompted me to ferret out another “signal” — I was using Gravatar to automatically include comment author’s avatars beside their posts. But of course this sends data to Gravatar. So I’ve removed it.

With the removal of Gravatar, the only tracking that’s being picked up by Ghostery is that which comes with the embedding of a YouTube video: although one might expect it, I suppose, I was surprised to find that YouTube embedding brings with it Doubleclick tracker. So, time to either stop embedding video, or to use video hosted here exclusively.