One of my favourite possessions is a custom-made type holder from Japan that I purchased in 2015.

In the two years since it arrived, I’ve seldom had occasion to use it; that’s okay, as my purchase was as much to express my support for the creation of such a well-crafted object as it was to acquire a tool I’d immediately put to use.

But today, at long last, I finally had a job where it was exactly what I needed.

I’ve been printing 3D Pie Men for The Handpie Company for the last few hours, and I needed a way to customize the piece of chipboard I fashioned to act as their temporary home while en route to Borden.

So I opened a drawer of 36 point sans serif type, assembled the letters for PIE MAN, got out a green stamp pad I bought at Yu Yo back in March, and I was ready for action: 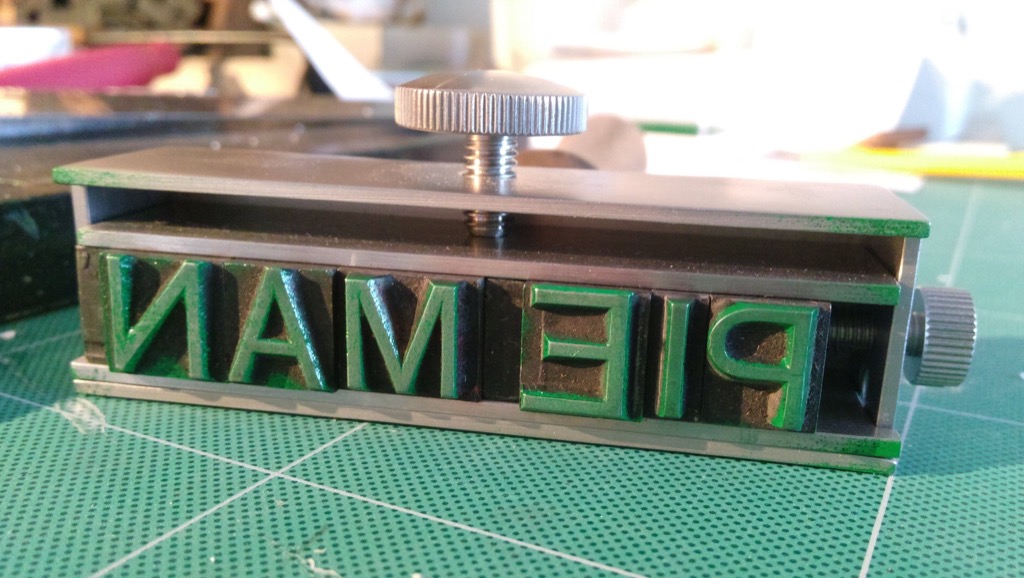 Using the heel of my hand for pressure, I carefully laid down the type onto the chipboard, and, rocking back and forth, pressed down as hard as I could. The result is not letterpress-quality, but it will do just fine for this temporary Pie Man holder: 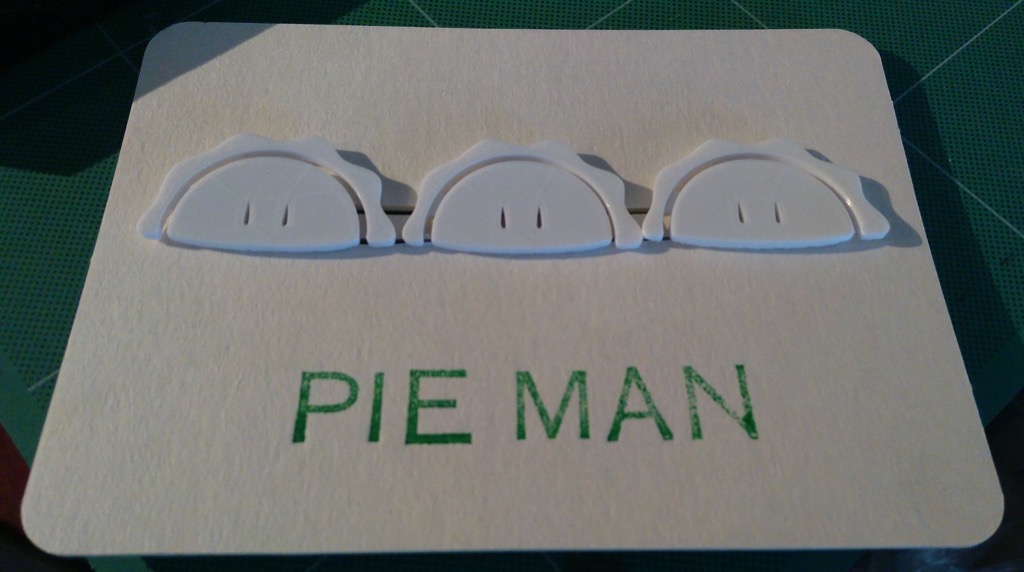 For those that have been following along (start here, then read here), Pie Men Mark IV are about 2mm thinner than the previous version, following on from feedback from Handpie HQ.

There’s still some work to be done: a desire for scalloped pie-like edges, and slightly tapered struts for letterboard-insertion. But for now, Mark IV Pie Men are ready for duty and should be up on the Handpie letterboard shortly.

Want to see them up close? Go buy a yourself a handpie!