A couple of months ago I stumbled across this glowing review of the Monoprice Select Mini 3D printer on YouTube. I previously knew Monoprice as a company that sold good quality cables and computer accessories, shipped to Canada at reasonable prices. I didn’t know they dealt in 3D printers, but my good experiences with them on the USB-cable-front prompted me to take a look.

Alas, they were sold out of printers; on a lark I added my email address to the “alert me when this is off backorder” system, and forgot all about it.

Then, three weeks ago, I got the email: we have printers.

For $199.99 US, what did I have to lose? So I immediately ordered one (they were sold out shortly thereafter).

Last Friday afternoon, it arrived in our community mailbox (its box fits exactly in the size of the larger of the two package bins in the mailbox; someone did their package-sizing right!).

I was consumed with other activities until Saturday afternoon when I loaded the box onto a dolly and rolled it along to the office.

On the way I stopped in for coffee at Receiver, and while sitting in the window drinking my macchiato, I had a chat with the personable Sarah Bennetto O’Brien, proprietor of the recently-opened Handpie Company in Borden.

I need not have worried.

“I’ve been looking for someone to 3D print me something!”, Sarah exclaimed.

What followed was an agreement that I would try to print her a tiny Pie Man for her menu letterboard, said “pie man” being the visual identity of the new enterprise: 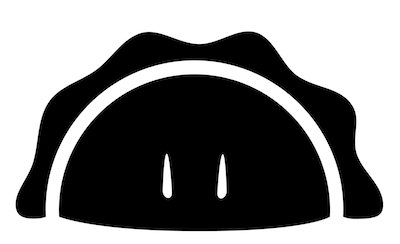 The 3D printer wasn’t even out of the box yet, and I had my first customer!

I used the handy Online SVG Image converter tool to convert this JPEG to a vector SVG file:

I then imported this SVG into Tinkercad, Autocad’s web-based 3D design tool:

I immediately realized that I had a problem: Pie Man is actually two objects, not one. That’s fine for the page, but for a 3D object, if I just printed it as-is it would end up as Pie Man Hair and Pie Man Face.

To bring hair and face together, I used Tinkercad to drop some “struts” into four places; thickening up and sizing Pie Man in the process. I made the struts shallow enough so that, I reasoned, they wouldn’t be noticeable on the final object: 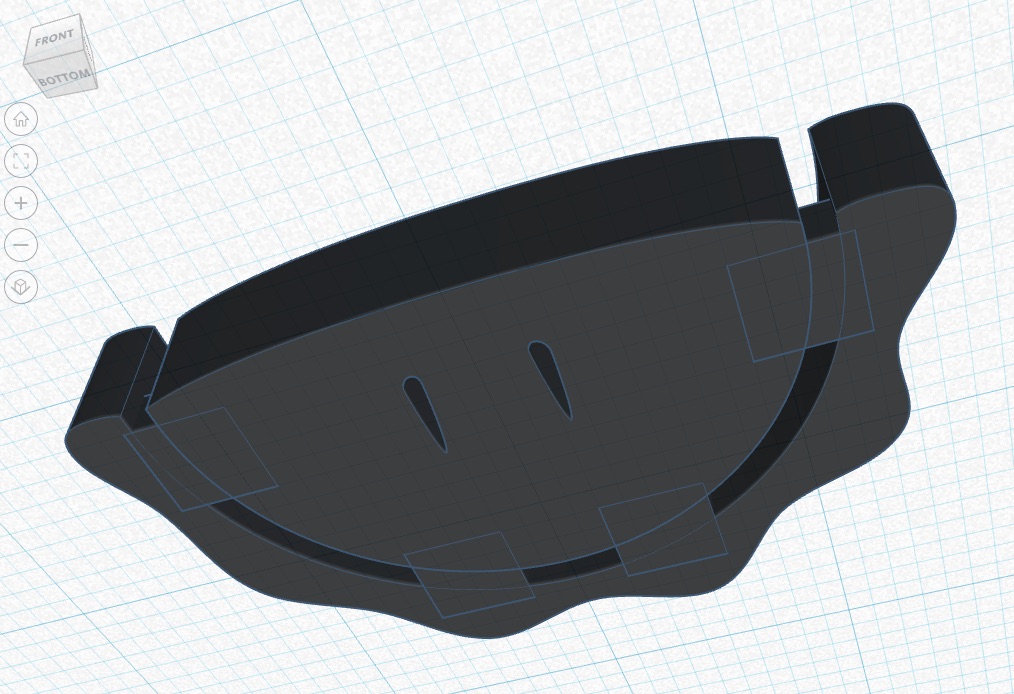 With Pie Man now successfully held together, I exported him from Tinkercad as an STL file. I imported the STL file into Cura, the excellent and free program for converting 3D models into the G-code that 3D printers use as their Turtle-graphics-like instructions: 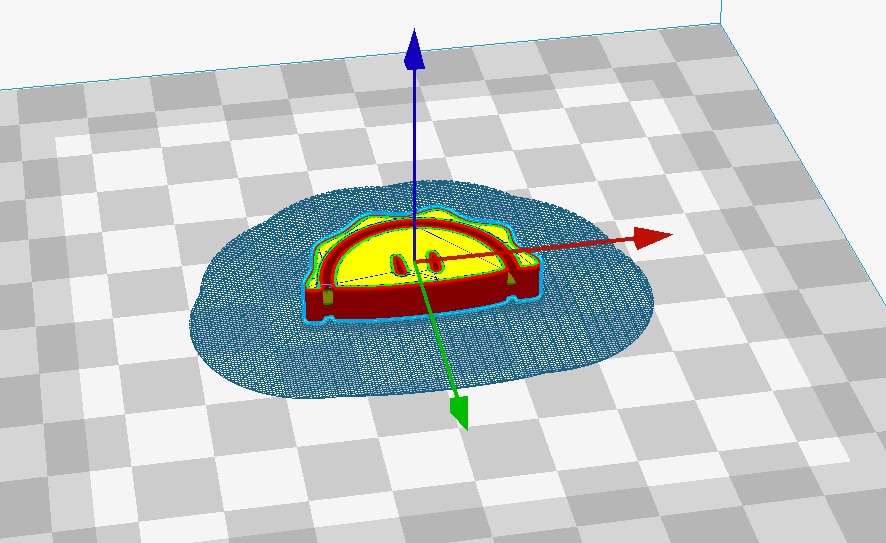 I tried to find the best settings for the G-code file by reading Monoprice’s thin documentation and by gleaning hints from the Monoprice Select Mini Wiki. I saved the result on the SD card that was included with the printer, pre-heated the hot end and the bed, and set it printing:

Exactly 30 minutes later, Pie Man № 1 was fully conjured. I peeled him away from the “raft” I’d had the printer create underneath him and, voila, here’s what I ended up with: 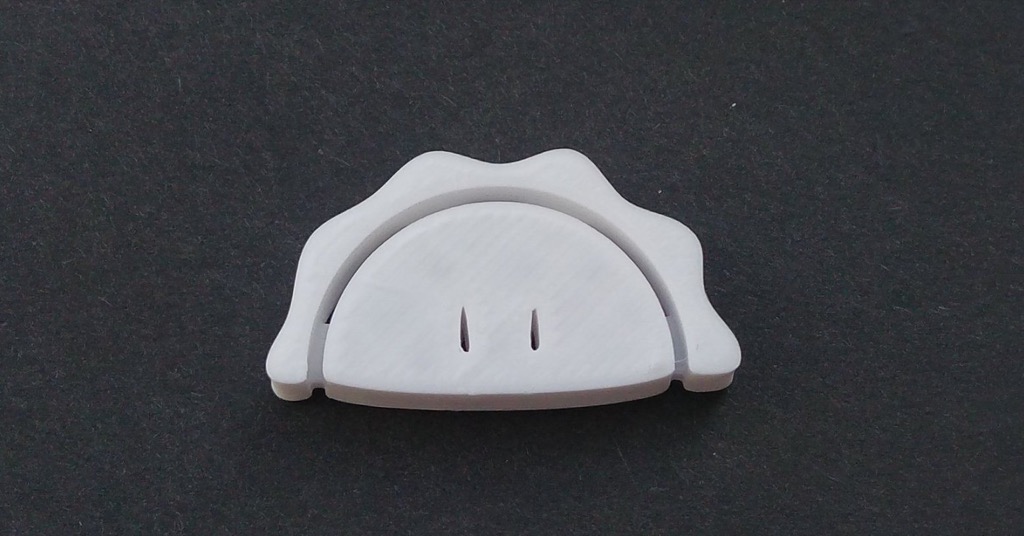 I’m very happy with the result: the struts are, as I thought, not too obvious and they don’t detract from Pie Man’s identity, especially when viewed from a distance. His eyes need a little work: I might widen them a little in the model to avoid the mismatchedness that resulted (or I might be able to ream them out with a knife after printing, which might be easier).

The next step is to fine-tune the model for Pie Man № 2, which will have “letterboard” legs attached. To my surprise, this seems like fresh terrain: I thought I’d be able to find existing 3D models to use as the basis for the size and shape of the legs, but I haven’t been able to. So Sarah is going to put a sample letter from her letterboard on the next train from Borden to town, and I’ll use that to work from.

If all goes well, you should see Pie Man, in all his 3D splendor, on the wall at The Handpie Company, before the month is out.

I LOVE him!!!
Oh Peter, I'm so glad that you both enjoy and understand this process. So very rad.