Sarah put a letter S on the night train from Borden to Charlottetown, and it was hanging outside our front door when we opened it late last night, thanks to the kindness of a Handpie Company customer who’d been headed our way.

This was the key to unlock the secrets of taking Pie Man № 1 and adding struts (wings? arms?) to allow him to slot into Sarah’s menu letterboard. 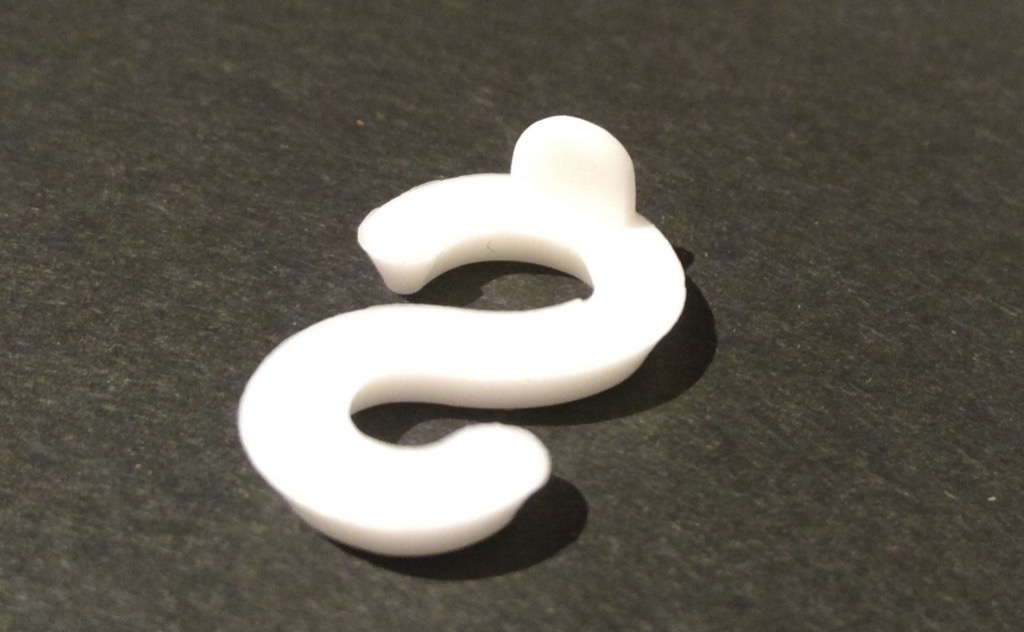 Using my calipers, I measured the depth of the strut and found it to be 3.45 mm deep; earlier Sarah had told me that the spacing between the slots on her letterboard are spaced at 1/4 inches. So I altered the original model of Pie Man in Tinkercad and added two 3.45 mm struts, spaced 1/4 inches apart: 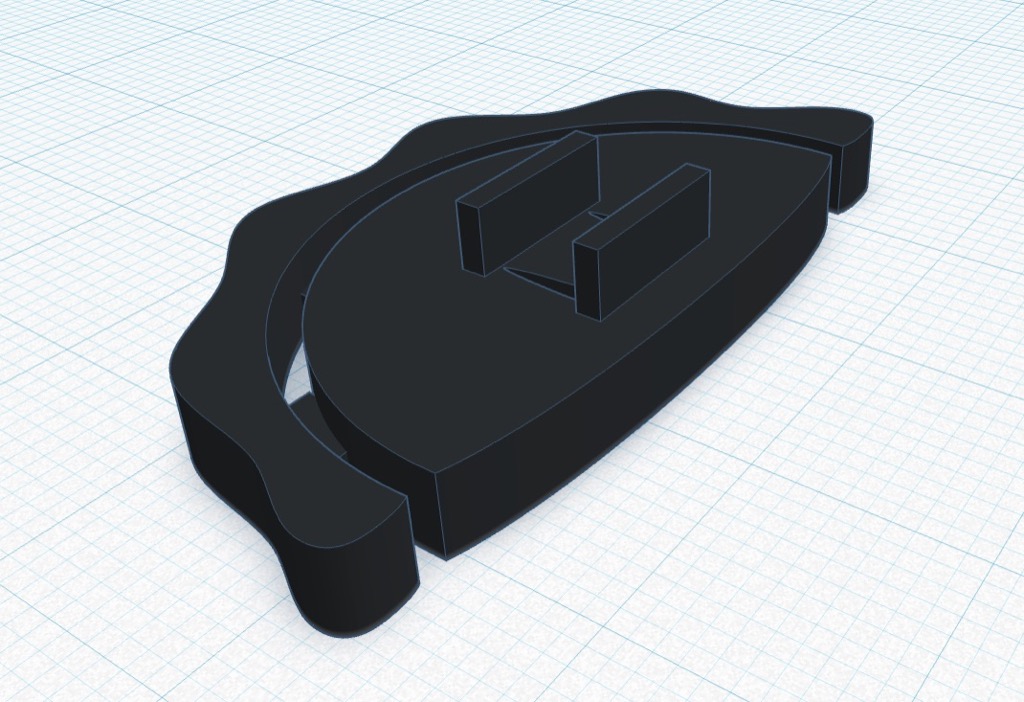 I loaded this new model into Cura, exported it as a G-code file, and set it printing on the Monoprice Select Mini. To ensure that it adhered to the bed, I told Cura to give it a wide “brim,” which is a single layer surrounding and loosely coupled to the model.

When Pie Man № 2 emerged, it was immediately apparent there was a problem: because the “face” was now printing face down on the bed, it was gnarled and ugly in a most unappealing way. I was able to clean it up somewhat by slicing off the remnants of the brim with a knife, but it still wasn’t Handpie Company-worthy: 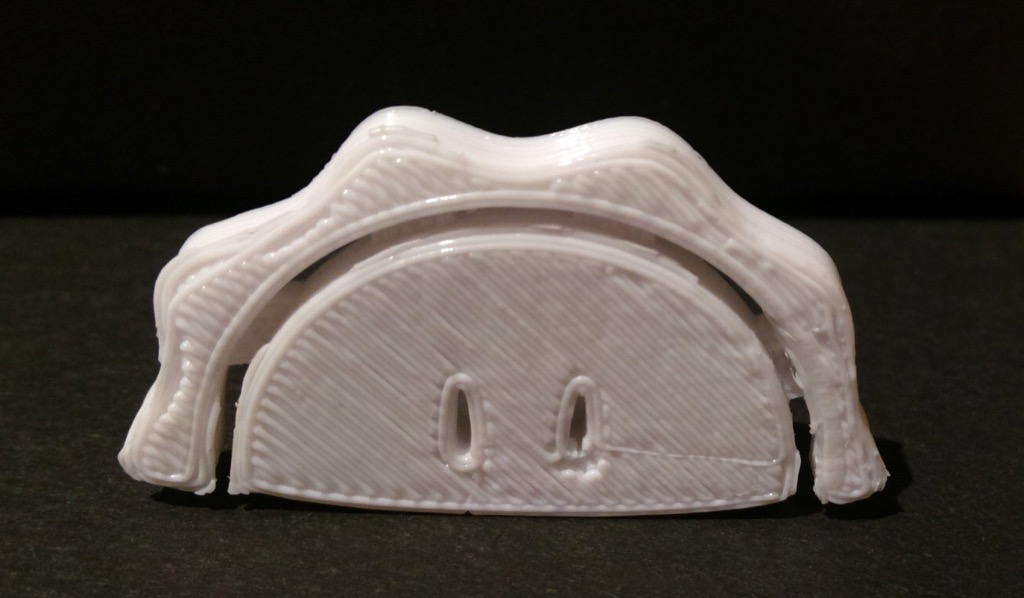 For Pie Man № 3, I decided to try to solve this problem by flipping him over in Tinkercad, so that the face would be face up on printing:

To allow this to print without collapsing in on itself, in Cura I selected the “enable support” option to print support material around the struts that I could later strip away; here’s what Pie Man looked like in Cura just before I output the G-code: 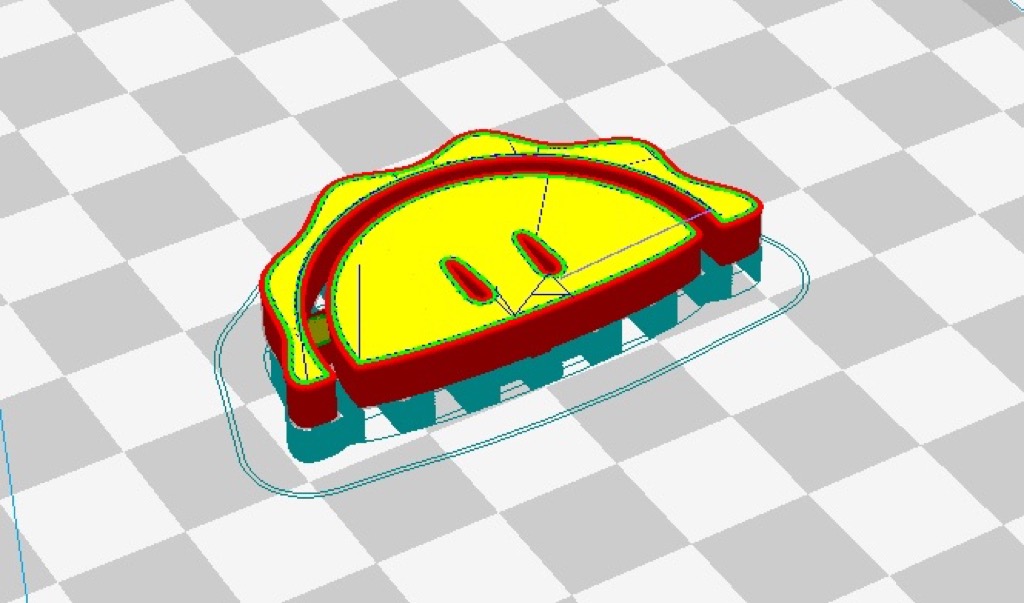 Pie Man № 3 also took 35 minutes to print, and when he emerged from the digital womb, he was a much more impressive sight: 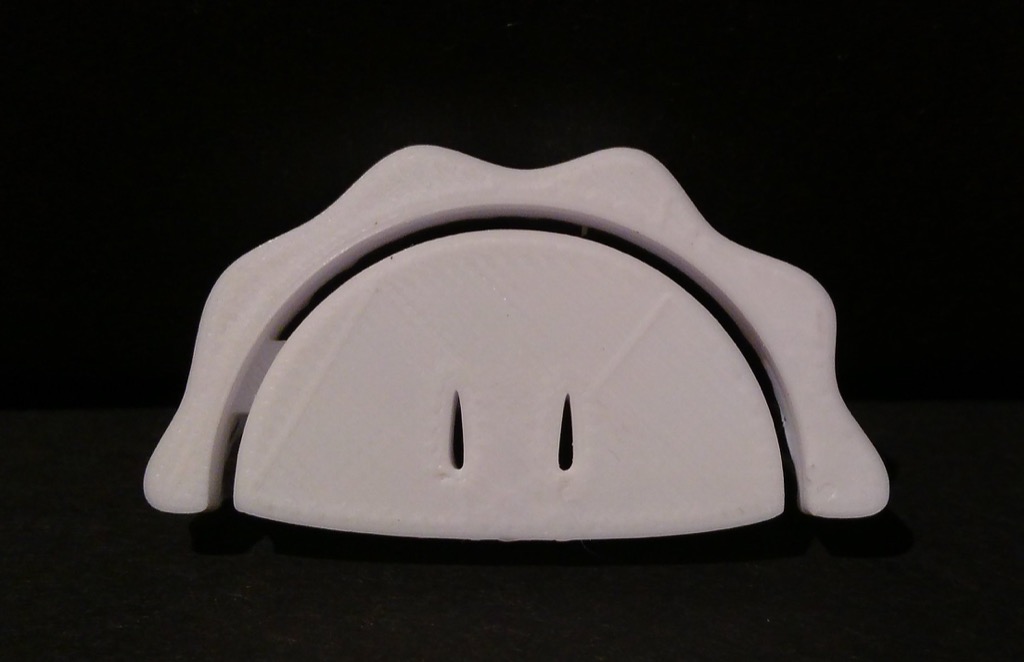 Curiously, I did something wrong when I flipped the model in Tinkercad, so only a single one of the “joiners” that keep Pie Man’s hair attached to his face ended up printing (you can see this on the left side). This turns out to have been a fortuitous mistake, as it turns out to be just strong enough with a single connection, and the result is more visually pleasing.

I’ll get Pie Man № 3 up to Sarah for field testing as soon as possible (Are you headed to Borden this weekend? Do you have space for a small, friendly Pie Man in your car? Please let me know).

If it looks like he’ll work out, I’ll print a whole family. Stay tuned.