On our walk the other night, passing by 35 Prince Street, I told Oliver about the history of Eddie’s Lunch, Viva’s, Marina Grill and Kozy Korner, which have occupied the corner storefront, in succession, over the last 20 years. 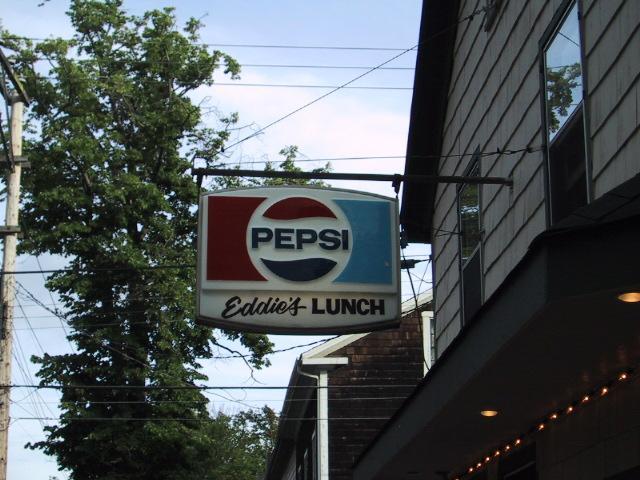 And here’s Kozy Korner, now closed and to be replaced, we are told, with yet another restaurant: 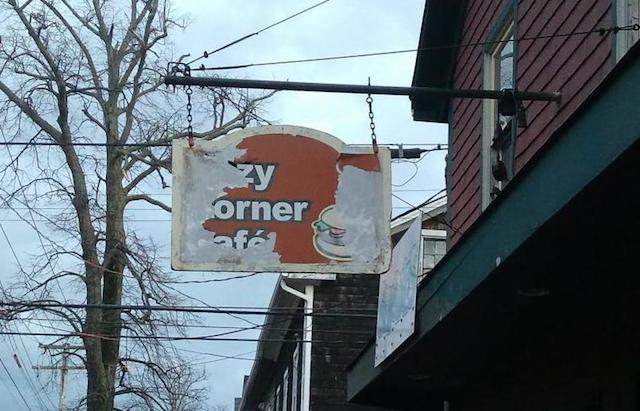 Update in November 2017: the store at 35 Prince Street is again being renovated–from the looks of things it’s a “down to the lathe” renovation inside. A new covering on the old sign has gone up. The new place hasn’t opened yet, and the sign’s already peeling, which doesn’t bode well; perhaps it’s only temporary. 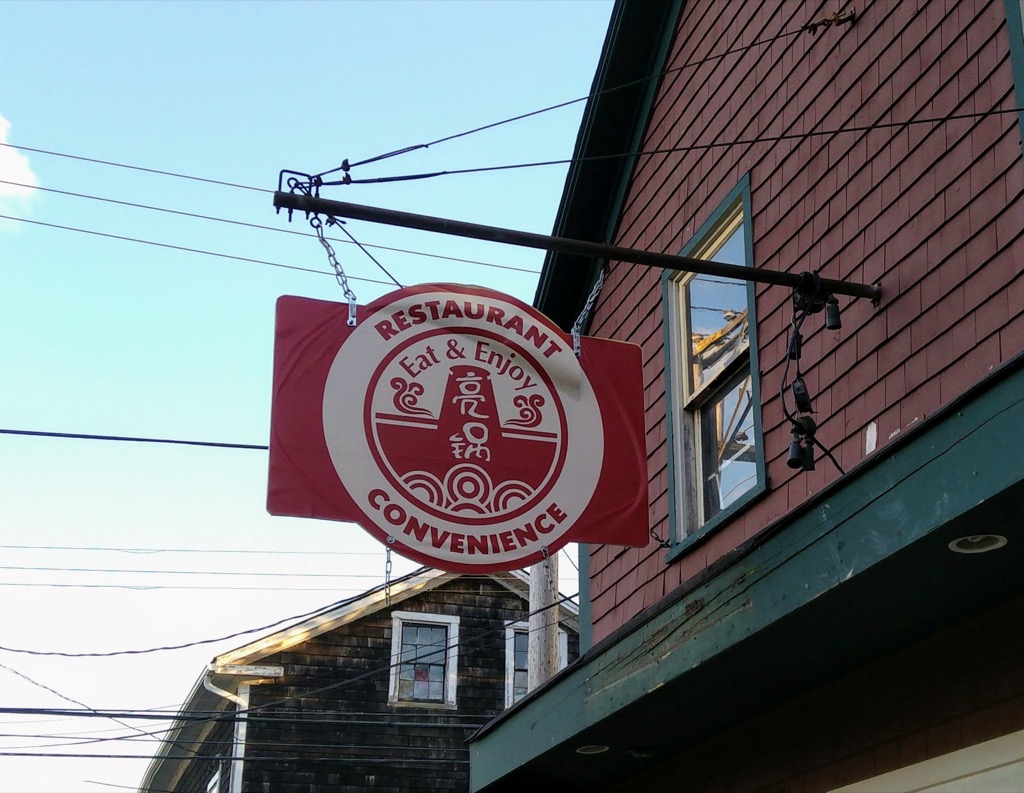 Update in December 2017: the temporary, peeling sign that was pasted over the old sign, has been replaced with a purpose-built sign. There’s a lot of activity inside this week, and the convenience store shelves are stocked with M&Ms, so I suspect that the re-opening is imminent. 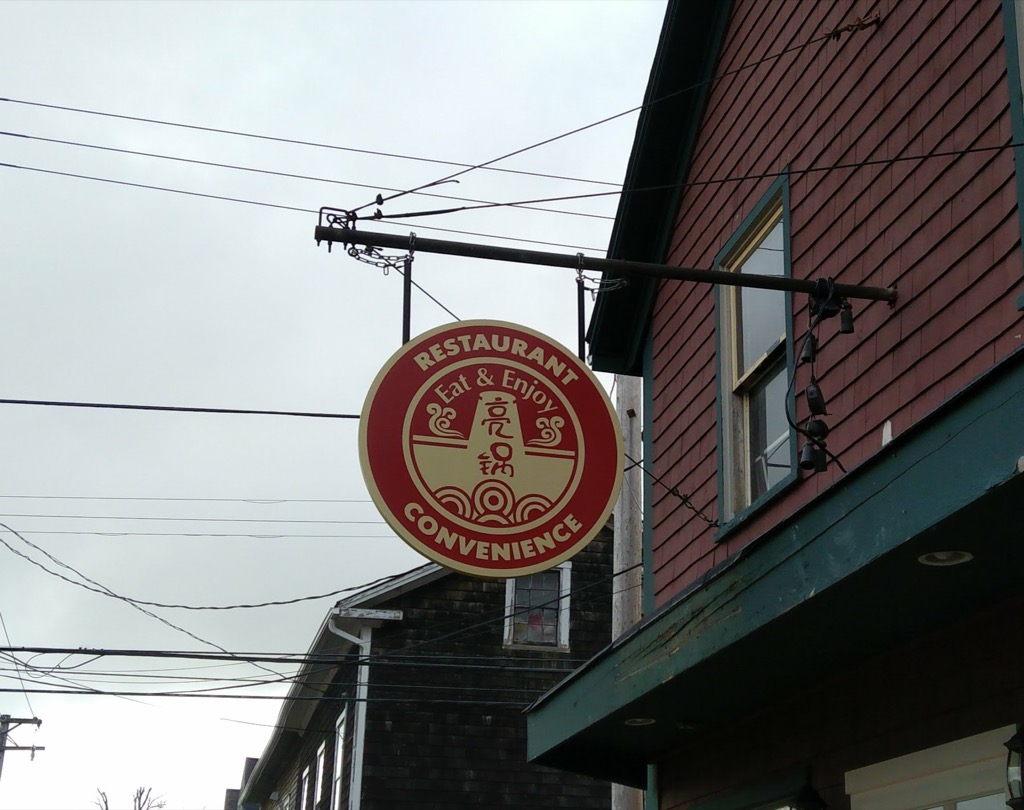 Update in April 2019: The Eat & Enjoy Restaurant opened in January 2018 and lasted about 9 months before it, at its companion convenience store, closed. We ate there once, and had a nice hot pot meal. 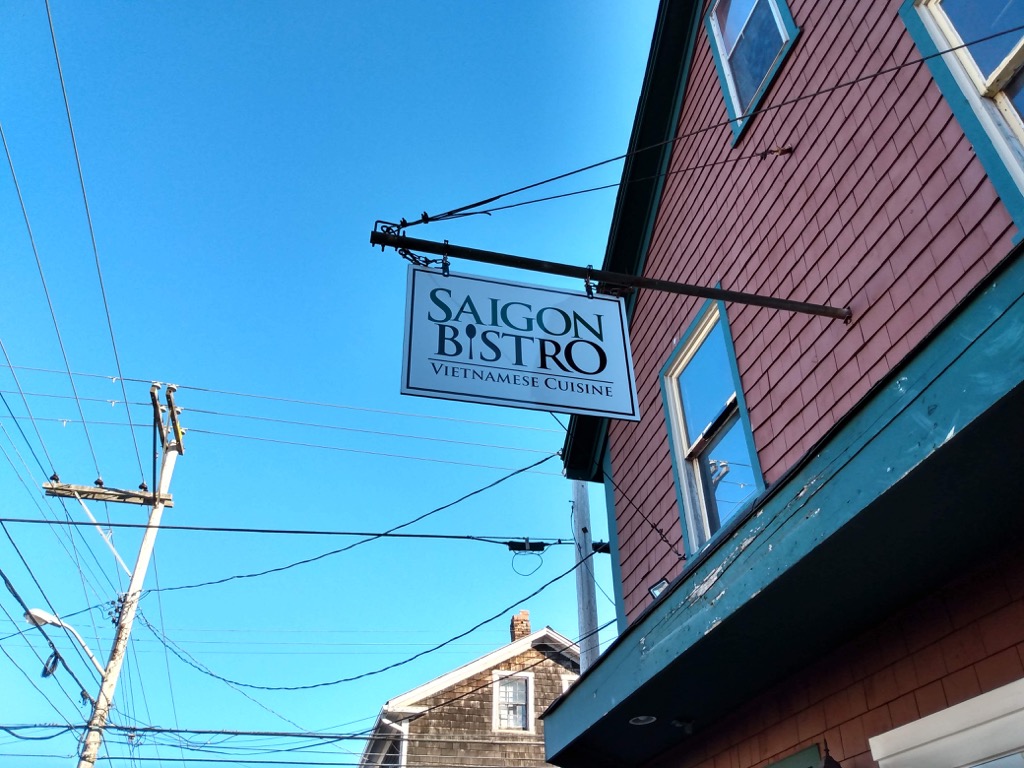 As of July 27, 2020, Saigon Bistro’s signage was replaced with Sai Gon Cuisine, and a repainted-in-green building. For the first time since the Eddie’s Lunch days the main sign is now mounted flush on the building rather than on the hanging signpost: 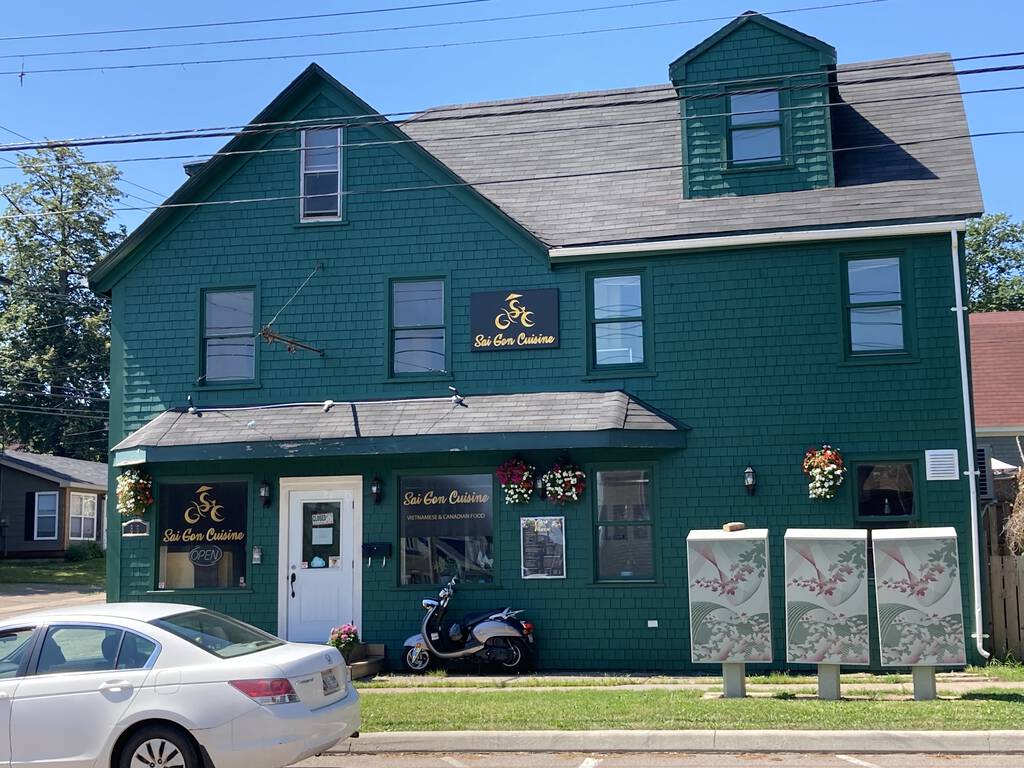 It’s very true that we cherish past moments of our lives. It’s a wonderful lifetime we have: in a glimpse we are transported to a different time. It’s like life doesn’t stop after we decide it’s enough; we continue our lives. it’s not enough to stop at times of our lives, no matter what conditions we have.

Did you notice the sign has come down now (sometime in the past few weeks)? What does it MEAN? Will it ever open again? ;) Any info?

In the November 17, 2017 Building Permit Report, there was an approval for “Hanging sign” for “Liang Zhad (Eat and Enjoy).” That, combined with the hustle-bustle of interior renovations, make me think that opening is imminent.

Here’s the menu for Saigon Bistro as of its opening (apparently only the items marked with a checkmark are on offer right away): 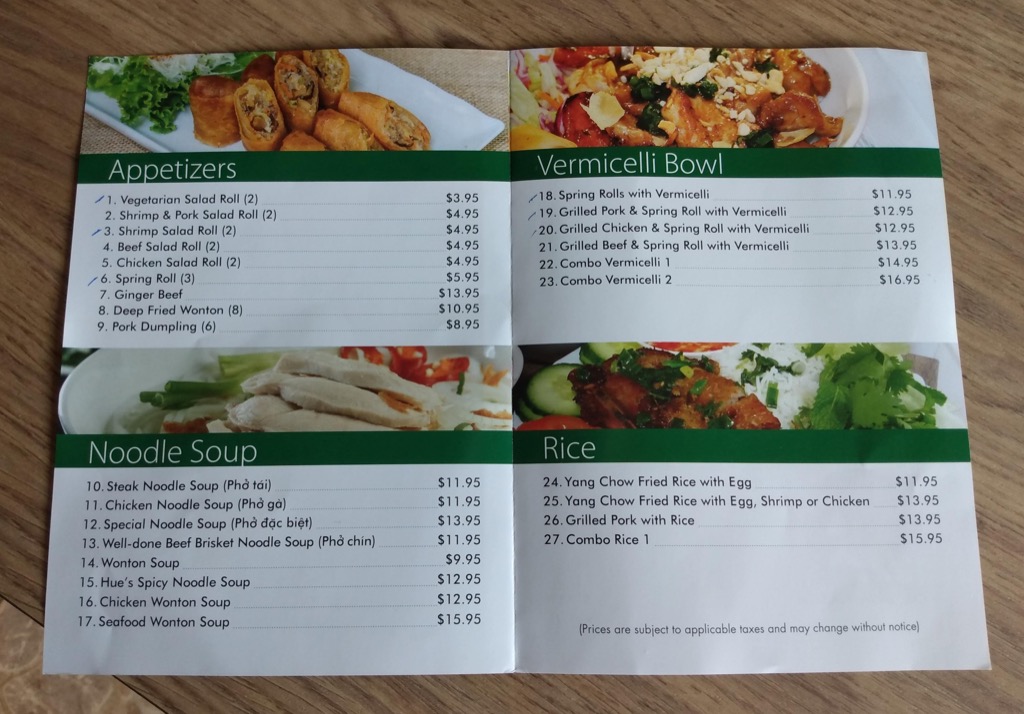