Today’s project was to take the hardbound book I made last week and make another one, improving some of the parts that went sideways in that first iteration. Up

Here’s what I ended up with: 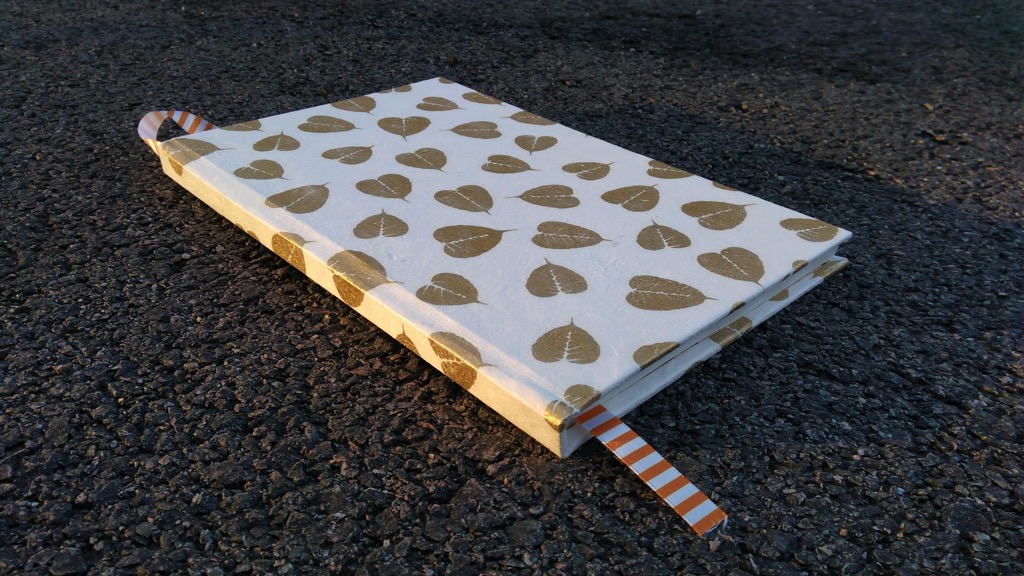 The paper is from a pad of 70 lb. Strathmore drawing paper I purchased at Michaels; it’s a step up from the Staples copier paper that I used for my coptic stitched book.

While not as toothsome as the St. Armand paper I used in the last version, it has the benefit of being slightly less precious-feeling (Catherine said “the paper is so nice I don’t want to draw on it” about the last book; this is not a good quality for a sketchbook to have). It was a bit of a challenge to wrangle the paper out of the pad along its perforated edges, so I suspect this isn’t a paper source I’ll go back to. But it did the job.

The stitching, in red cotton thread, went much easier, partly because it was my second time, and partly because the thread didn’t get bunched up nearly as much. 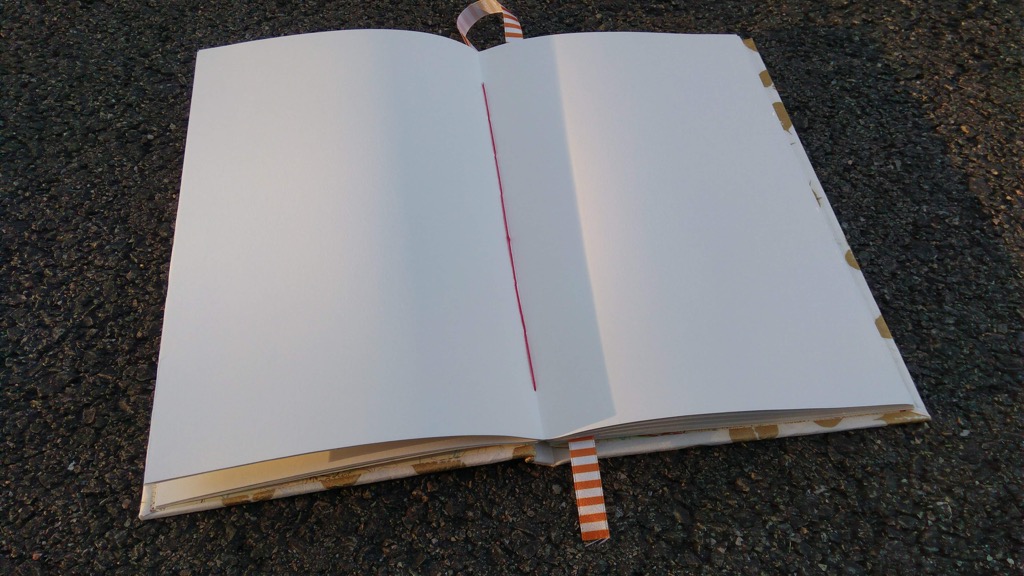 The cover stock and book board beneath it are the same combination I used last time, but I got the spacing of the covers and the spine right this time, meaning that the book opens and closes very pleasantly.

For the endpapers I used a map of Mbarara, Uganda that I rescued from the University of Calgary Library in 2014. I felt bad about cutting up the map; but otherwise it was destined to live a live of solitude on my paper shelf, and at least now parts of it will have a new life. 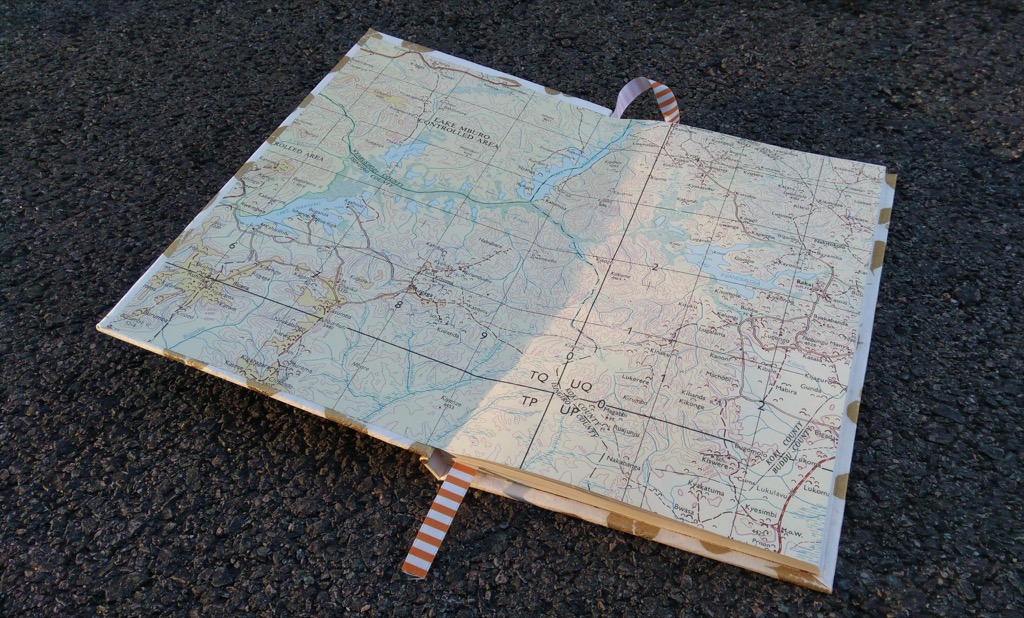 As you can see in that photo, I was liberal in my ribbon-marker length; truth be told, when I cut the ribbon I thought “this is way, way too long.” It wasn’t. I need to singe the end of the ribbon lest it fray; I’m afraid to do this, as there’s some chance the book might burn to the ground if I’m not careful. 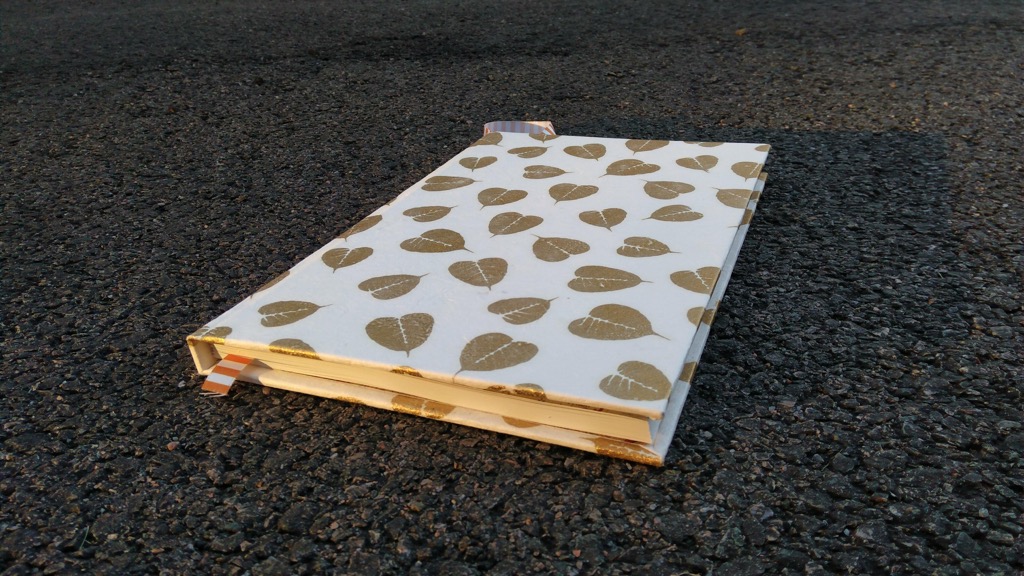 There is still much, much to get better at. My glue-management is still dreadful. I haven’t mastered the art of cutting reams of paper with a knife (I was formally trained to cut single sheets of paper only). I need to become better at right angles. And bone folder use.

I really could throw it all in and do this all the time, though; it’s lovely work to practise.

Great use of the map paper, there to be enjoyed by whoever is using this lovely book.