A concerned family member writes, about my experiments with OpenStreetMap:

I don’t understand the point of this project. What would you contribute that isn’t already available in Google Maps?

The OpenStreetMap FAQ has an answer to this; it says, in part:

If your project’s mapping needs can be served simply by using the Google Maps API, all to the good. But that’s not true of every project. We need a free dataset which will enable programmers, social activists, cartographers and the like to fulfil their plans without being limited either by Google’s API or by their Terms of Service.

I would add that the notion of outsourcing something as integral to the public good as street maps to a corporation is irresponsible: maps are important enough that they should be owned by the commons, not by a corporation, however benevolent.

Equally important, and perhaps more interesting, than these intellectual property concerns, however, is that OpenStreetMap maps can be better than anything Google, Yahoo and Microsoft can offer. Here, for example, is snippet of the OpenStreetMap for Reykjavik, Iceland: 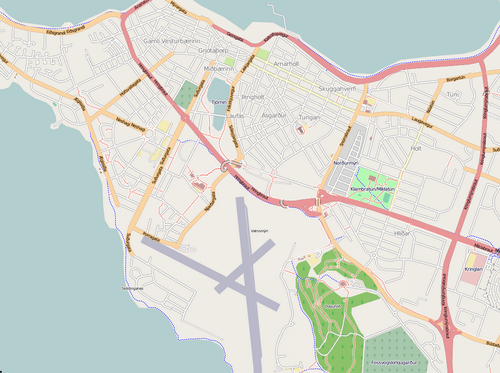 And here’s the Google Map of the same area (yes, it’s empty — Google has no map data for Reykjavik): 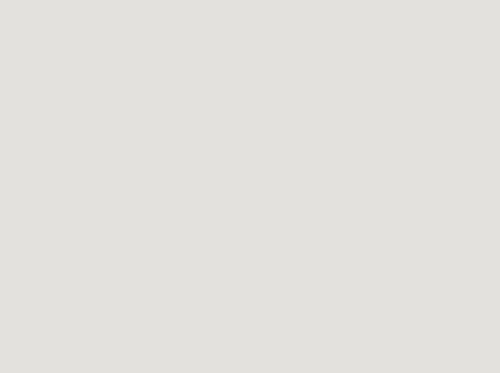 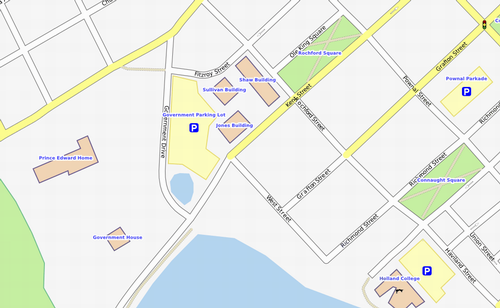 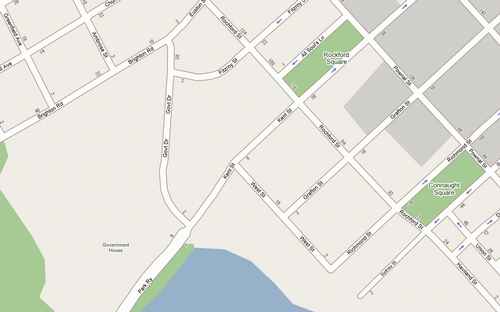 Not only is the OpenStreetMap more complete with more showing more detail, it’s also more accurate. Notice how Google shows Rochford Square as Rockford Square? I submitted a bug report to TeleAtlas on March 19, 2008 and the misspelling is still there.

Because OpenStreetMap can be enhanced by people who live in a community, drive the roads and walk the trails and pass the buildings every day, it has the potential not only to be the best map available, but also to take community mapping to a level of detail and utility that commercial companies will simply never be able to muster.

So OpenStreetMap is to Google Maps like Wikipedia is to Encyclopedia Britannica. It can be better than Google Maps — and appears to be in many respects — but might also be subject to disagreements over property lines, place names, rights-of-way, etc. I will admit there’s less subjective room for disagreement around a map then there is for, say, the biography of George Bush on Wikipedia.

Your analogy is bang-on. And I suspect that there’s considerable opportunity for disagreement within the OpenStreetMap contributor community: see OpenStreetMap Disputes on the wiki for examples.

I wonder if the Rochford as Rockford Square could be our own Easter Egg, right here in Charlottetown.