Regular readers will know of my longtime aversion to the use of generic stock photography to illustrate news stories. I’ve written about this here and here and here.

I will make an exception to this aversion today, however: in the CBC News story MPs urged to demand the names of Canadians behind offshore tax shelters a photo of people appearing to walk on water, on a beach in the Isle of Man, was used as the illustration.

It’s an Associated Press photo taken by Raphael Satter that appears in news stories as early as 2014, stories ranging from We can’t believe it’s not summer! Britain will bask in sunshine until Wednesday (but then it’s back to normal at the weekend) to KPMG pressed for details on Isle of Man tax scheme.

What I love about its use in this particular CBC story is that the photo is, vaguely, related to the content of the story, which mentions the Isle of Man, but, more so, that it’s a playful take on “offshore tax shelter.” Indeed one assumes that journalist Harvey Cashore may have simply searched the CBC image library for “Isle of Man offshore” and this was the first image that popped up. 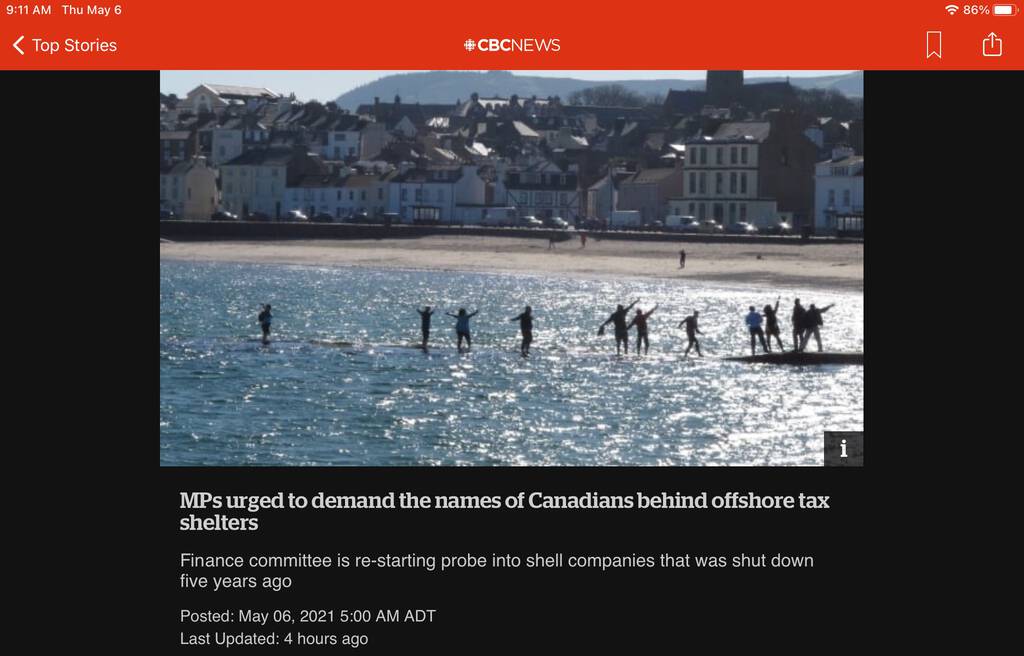