CBC Prince Edward Island is running a story today, Slowdown in P.E.I.’s IT sector growth concerns former head of industry association, that is illustrated with a photo of a person holding an older iPhone standing on a subway that looks an awful lot like it’s in Toronto: 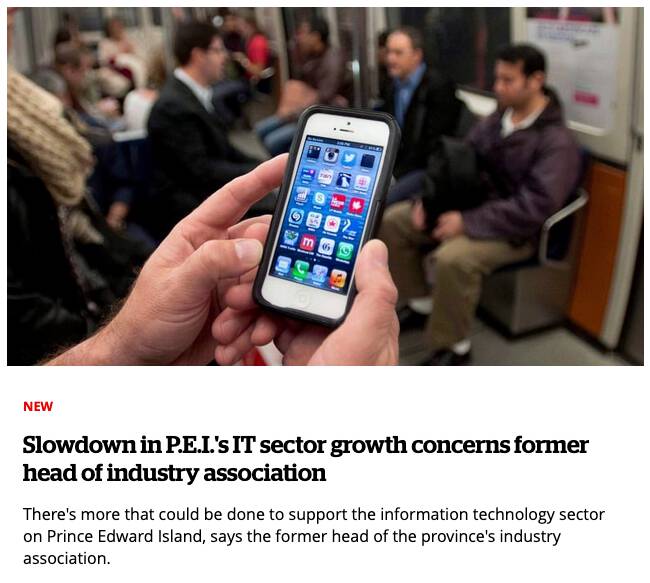 The photo choice struck me as odd, and I suspected that this was another example of the use of generic stock photography.

Sure enough, this photo is very popular, both with the CBC and with members of the Canadian Press (the source of the photo) like The Globe and Mail: 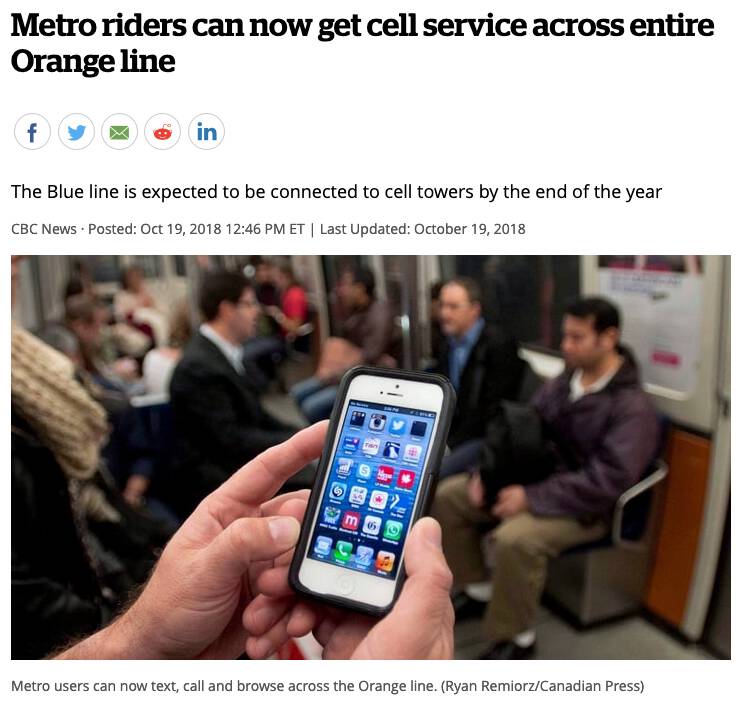 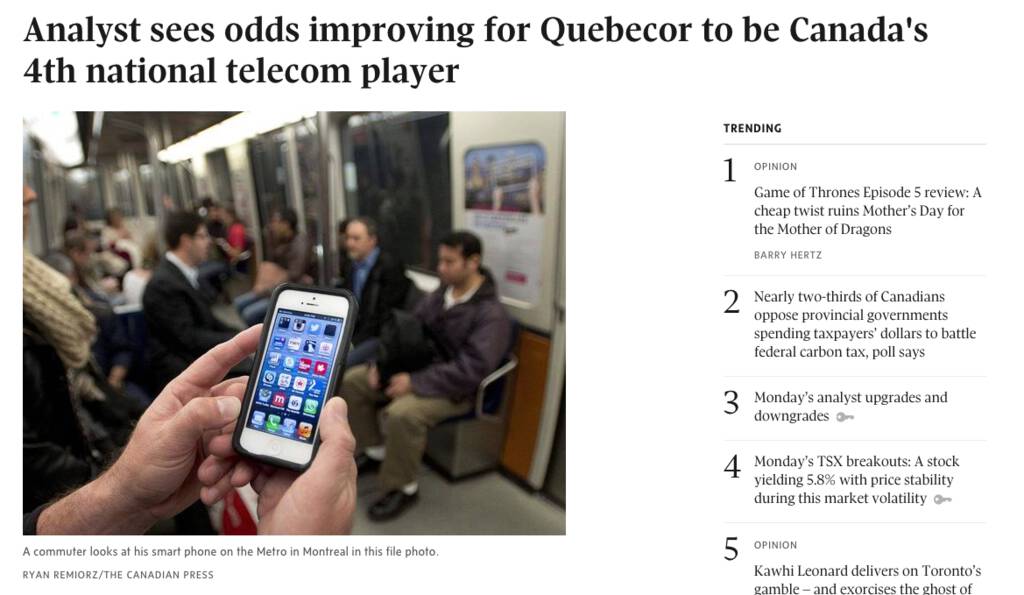 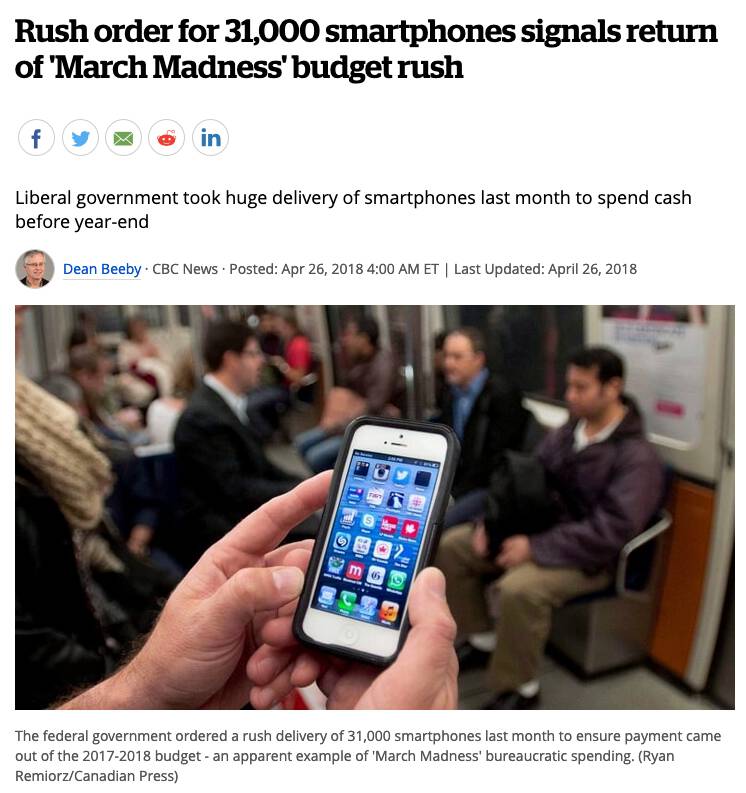 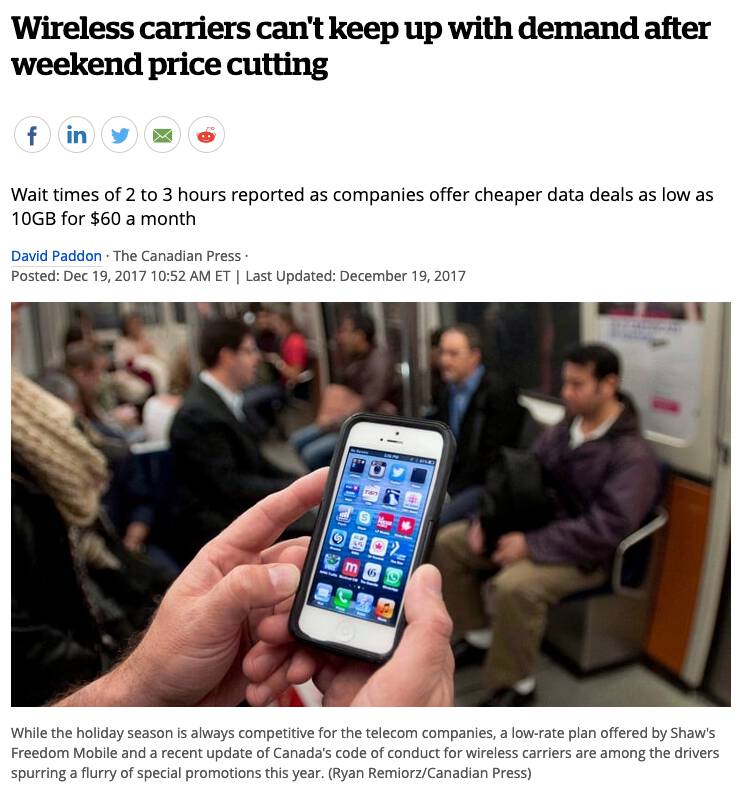 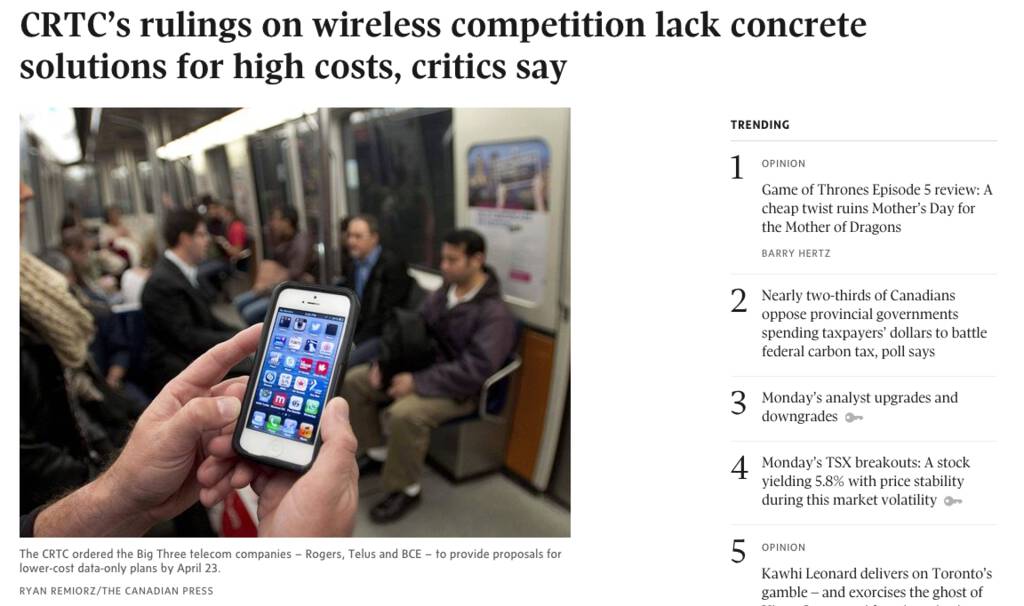 While it’s convenient to attribute this lazy use of generic stock photos to journalists who search stock photo libraries for “technology,” the real culprit here is content management systems that require a photo, regardless of its journalistic value.

And the culprit behind that requirement is the way that search engines display stories with photos more prominently:

The underlying culprit is that success in journalism is increasingly measured in clicks, not craft.

While Toronto is indeed the centre of the universe :) -- this doesn't look like any of the recent Toronto trains, and as one of the captions says, it might really be Montreal Metro. (Although the app labels seem to be in English.)

You are correct: the record for the image, locator number 05076720, in the CP Images collection identifies Montreal as the location:

A commuter looks at his smart phone on the Metro Wednesday, September 25, 2013 in Montreal. Telus Rogers and Quebecor have announced plans to build a wireless network in the subway that will allow riders to use their phone, laptops and tablets underground. THE CANADIAN PRESS/Ryan Remiorz