I do so aspire to a fashion sensibility.

Back in April, at a campaign event in Summerside, I snapped a quick photo of Alex Tyrrell, leader of the Green Party of Quebec, wearing a smart black shirt and yellow trousers and I thought “that’s who I want to be.” 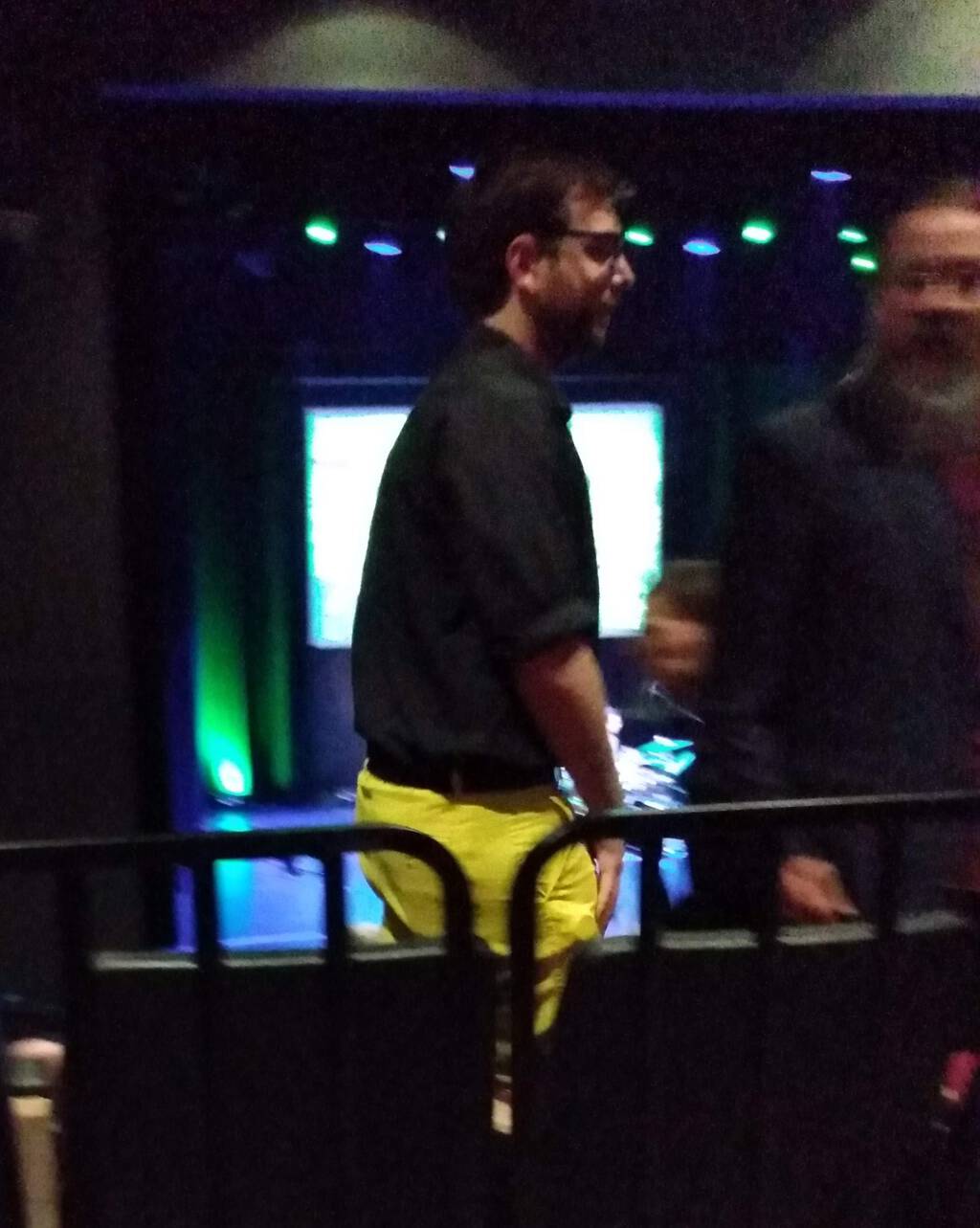 But I fear that I don’t have what it takes.

No patience for shopping.

No ability to shop.

The component parts just aren’t there.

But you know what I can do: retire the grey sweater.

I’ve been wearing this grey particular sweater for a long, long, long time.

Here’s my first recorded photo of it, from June 6, 2006–14 years ago!–a selfie of me and Oliver at Legoland in Denmark: 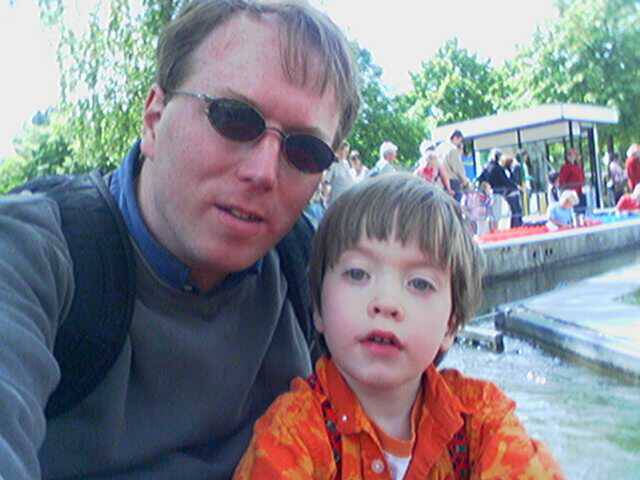 Here it is in our 2014 family Christmas photo, 8 years later: 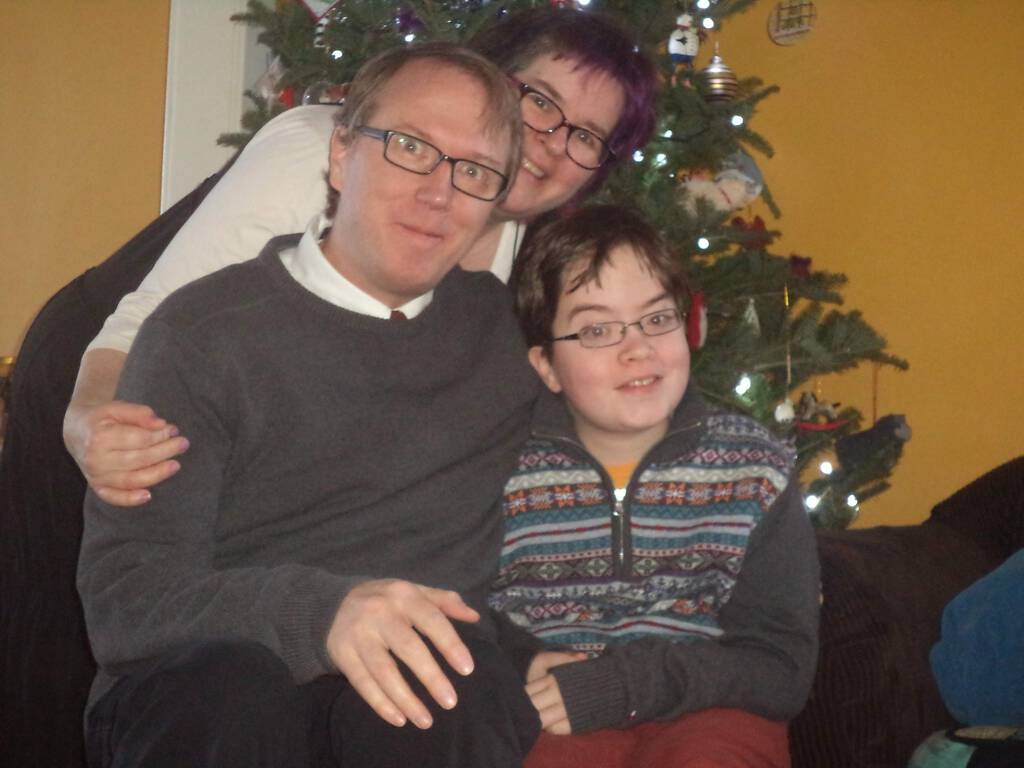 Here’s an appearance it made in 2015, while I was promoting The Old Farmer’s Almanac: 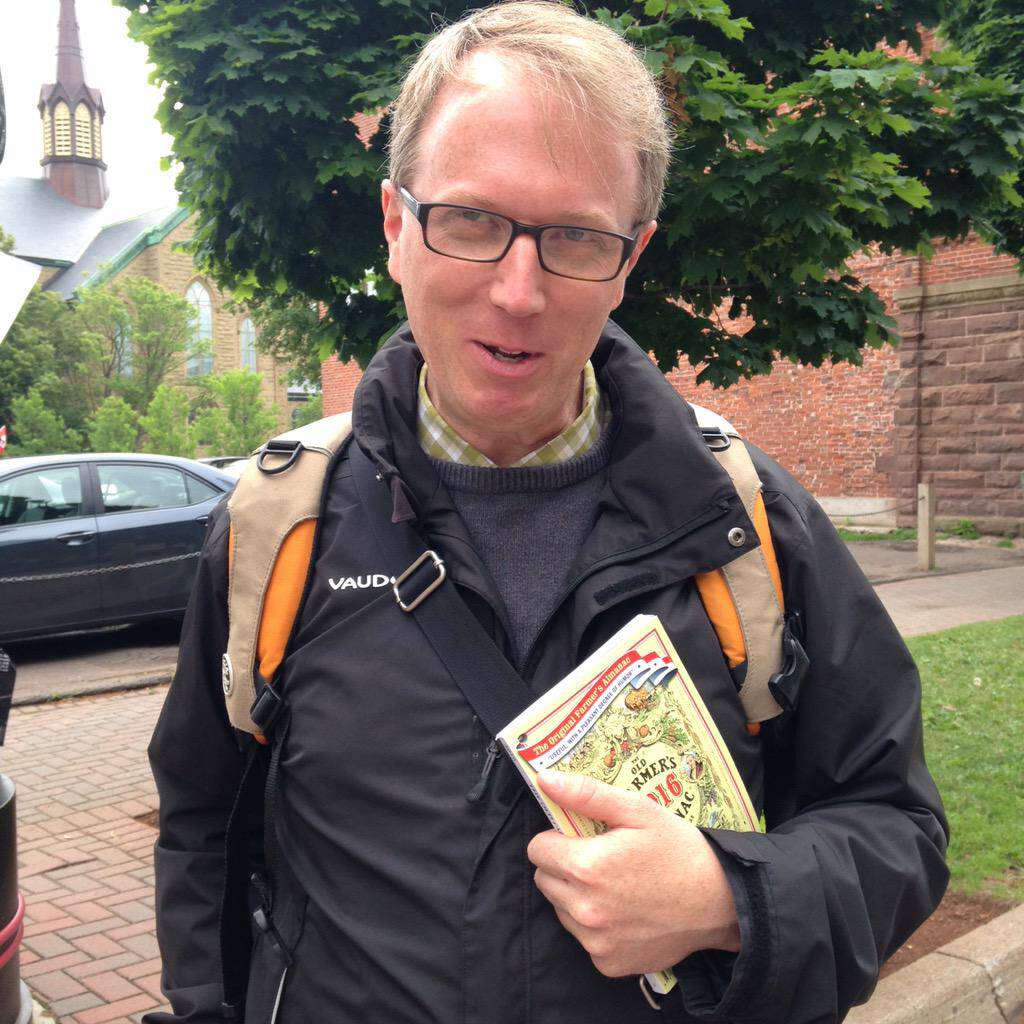 And two years later, in front of the late, lamented My Plum, My Duck: 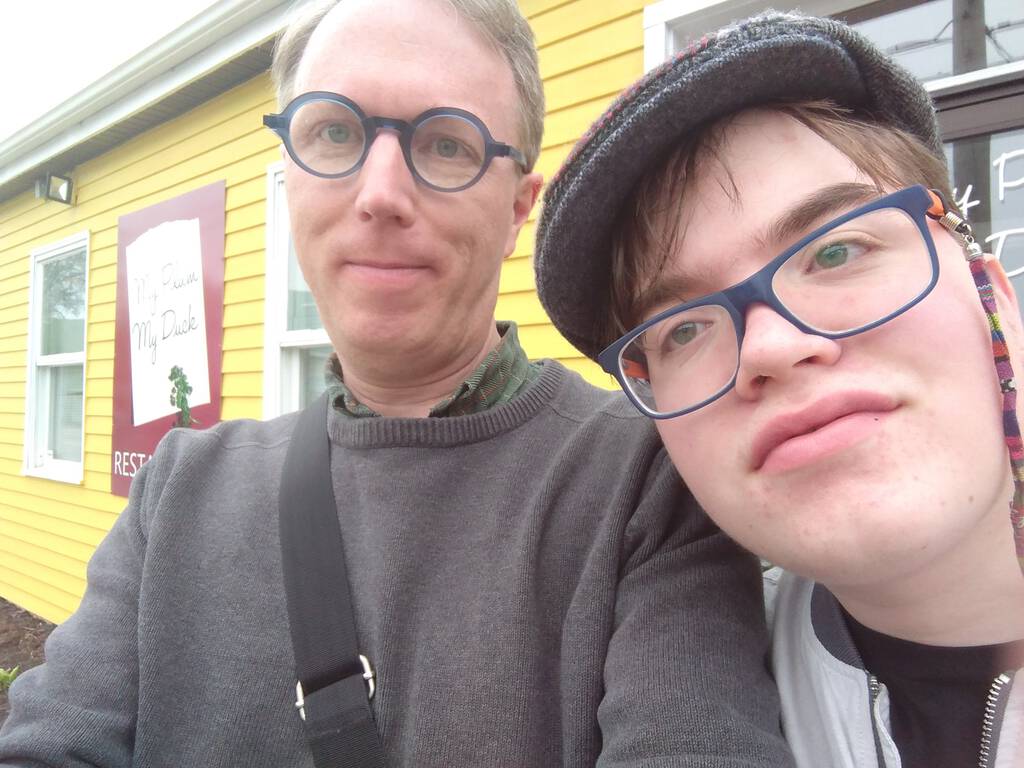 It’s a Denver Hayes-brand sweater, which means it came originally from Mark’s Work Wearhouse, which isn’t even called that any longer.

While both of these are, technically, darnable, there’s a larger issue that the sweater, due repeated use, has become a formless grey void: 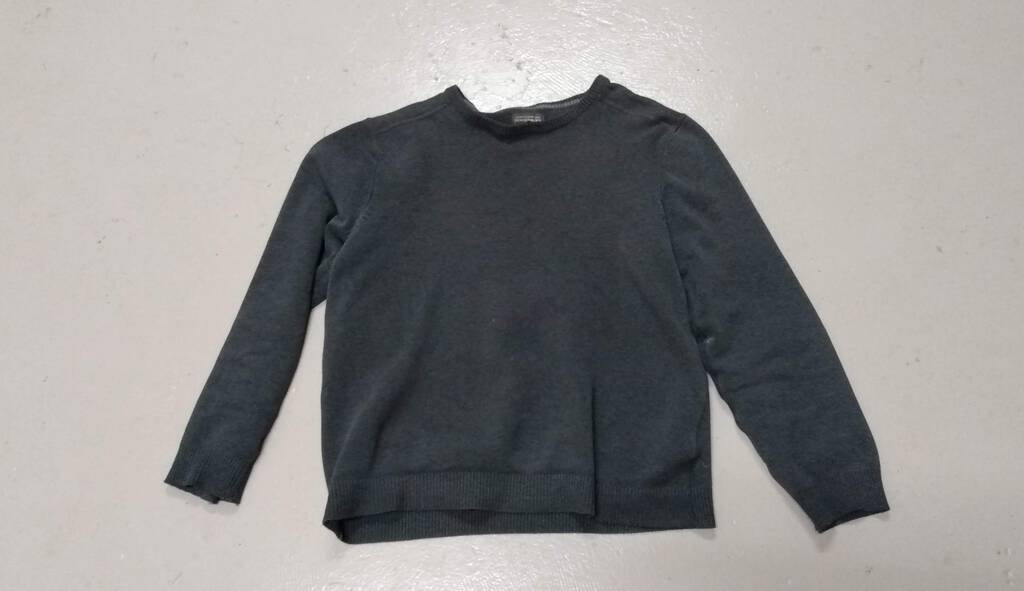 It’s comfortable. And familiar. And warm.

But it’s time to say goodbye.

I stopped at KC Clothing this afternoon while I was on my way to a plasma donation and found two new sweaters to replace it.

So that’s what you’ll see me around town in. At least until the snow’s gone and summer sets in.

My frugal DNA won’t allow me to actually throw my faithful grey sweater away, so it will go into the “things to wear while fiberglassing a kayak” section of the closet.

And yellow pants next?

I love this post. I think you should throw a sweater retirement party and everyone arrives wearing a piece of clothing that they have held onto too many years. I refer to the sweaters I can not throw away as my "Sentimental Sweaters"
In this blog you mentioned donating plasma and I have been meaning to look into donating for many years now. In my 20's and 30's I donated blood regularly. In 1992 I contracted Hepatitis A while traveling in Central America and I thought my blood donating days were done. After reading you post I contacted the number provided and was informed that I can not only donate plasma, that I can return to donating blood. YAHOO. I would not have known that had your post and was reminded of the reason to donated "GIVE SO MORE WILL LIVE" (taken from an old RED CROSS commerical in the 70's. Thank you

I have never done this (but will file away) - this gives instructions for turning your favourite sweater (or shirt) into a pillow cover. A few hand stitches will be necessary apparently - though some safety pins or similar might suffice. https://www.hgtv.com/design/make-and-celebrate/handmade/turn-an-old-swea...