I had a chat with Pedro yesterday about the utility of opening yourself up to “randomness” when traveling (or, for that matter, when moving through life). Randomness, put another way, is simply not having a plan, and allowing what might happen to happen. This does not mean that it doesn’t take effort: it’s often hard not to have a plan, not to fall into established patterns, to do what is expected of someone like you in such and such a situation.

Practicing this has resulted in some of the brilliant moments of travel in our family’s life. It’s how Oliver and I ended up by ourselves at the zoo in eastern Slovakia, how I found myself falling into a hole on a construction site in Munich, and how the path led us to be the only guests in a small hotel south of Barcelona. In each case we’d left the Lonely Planet at home, and headed off to see where the road might lead. It almost always leads somewhere interesting.

Today that interesting place was the storied Paradiso club here in Amsterdam. We hadn’t planned to go there; indeed we had no plans for this evening save perhaps to find a place for supper and to take a walk. But an accidental web search led me to learn that tonight at Paradiso was Sugar Mountain presents Tyler Childers, Parker Millsap, e.a. and that was interesting enough bill to catch my eyes; tickets were only €15 and that sealed the deal. 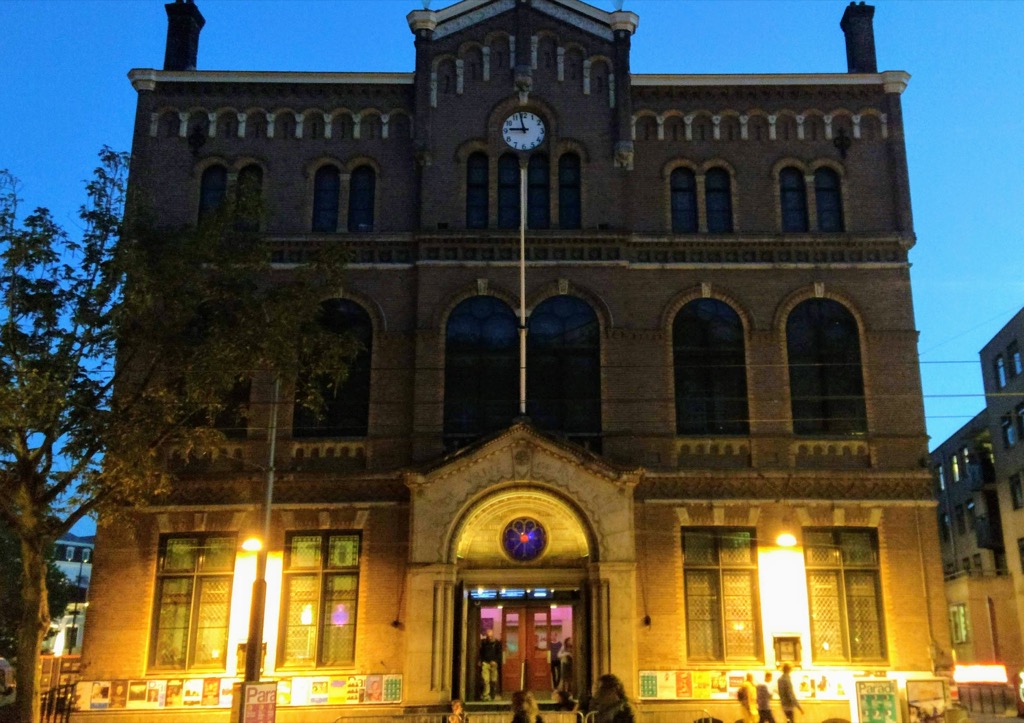 Paradiso is only a 20 minute walk, a straight shot parallel a series of canals, from our base here at ZOKU; between my noticing the show at 4:30 p.m. and heading out the door at 5:30 p.m. I managed to buy tickets, figure out how to use the printer in the lounge, print the tickets, and get ourselves packaged up for the evening.

As we walked into the main theatre and found a place to perch ourselves the lights came down and Parker Millsap and his band took the stage. From the first chord I realized that I was going to need ear protection to withstand the show with my 52 year old ears; fortunately the club helpfully has free foam ear plugs on offer at the door.

Millsap and his band were hard-driving country-influenced rock. They were a tight ensemble, and the played a solid set; it wasn’t particularly to my taste, but it was a good way to start the evening. 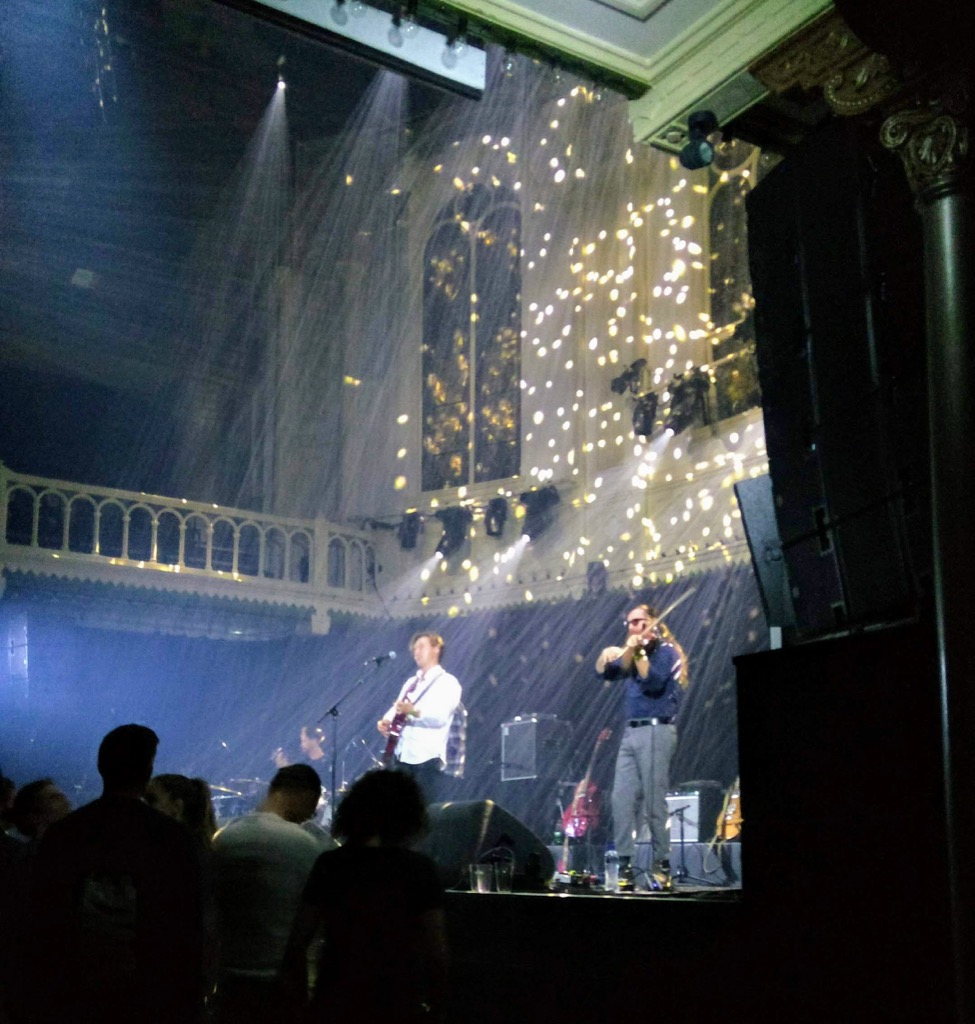 Millsap’s set was only 40 minutes long; as soon as it was over we moved to the smaller second-floor hall for Ruby Boots (“e.a.” in Dutch means “and others,” and Ruby Boots, fronted by Australian Bex Chilcott, was one of the others). The band is usually a guitar-heavy Americana band; this evening it was just Chilcott on guitar and a single band mate accompanying. They did their best to approximate the volume of the full band, and, with by Chilcott’s powerful voice and skillful songwriting, it was a delightful hour-long session. 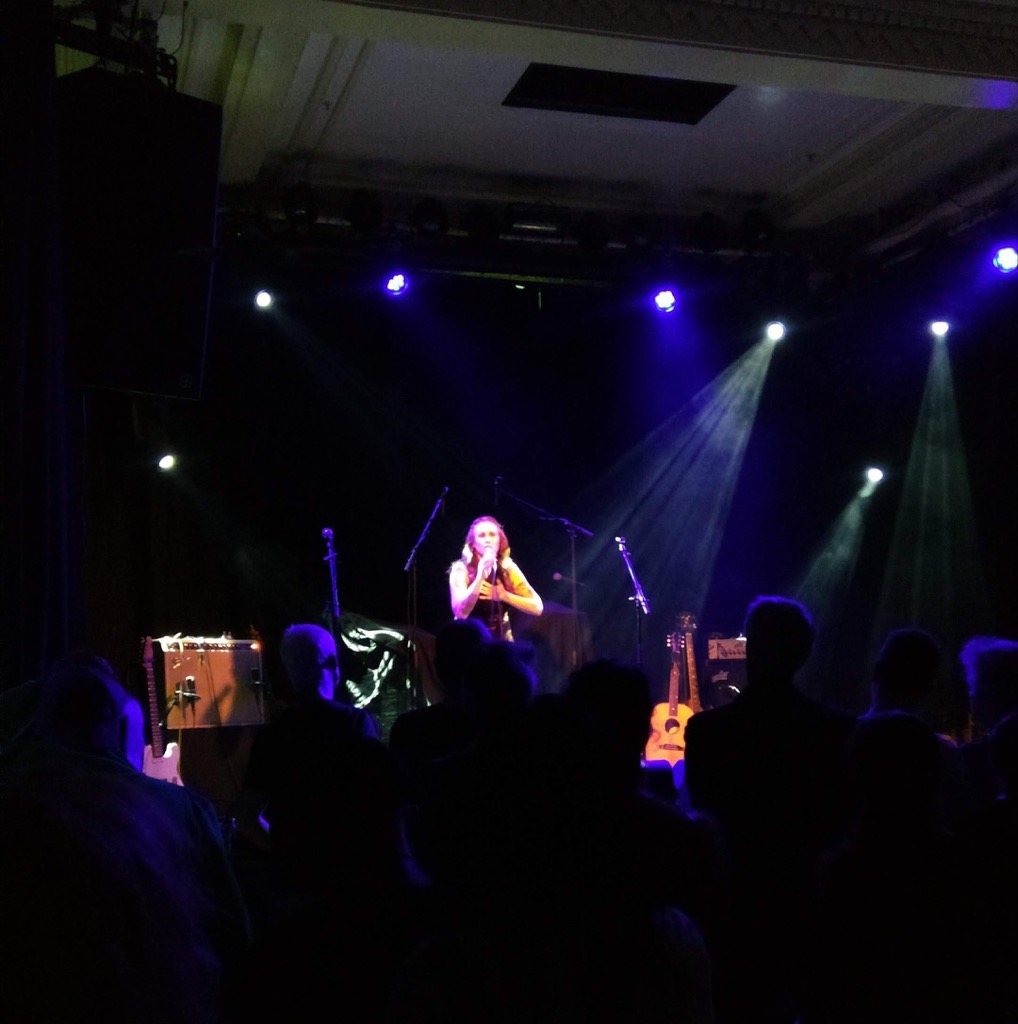 The main event was Tyler Childers, back in the main hall.

While the other acts were solid, Childers and his band were crackerjack, and transported the night from a novelty to a happening. Their Kentucky-fueled country rock was well-crafted and energetic; it’s almost impossible to believe that Childers is only 27 years old, as his songs seem written by someone with considerably more life under their belt. We stayed for the entire 75 minute set, and enjoyed every song (it’s not every Kentucky country band that inserts a cover of Kiss Me by Sixpence None The Richer into their act). 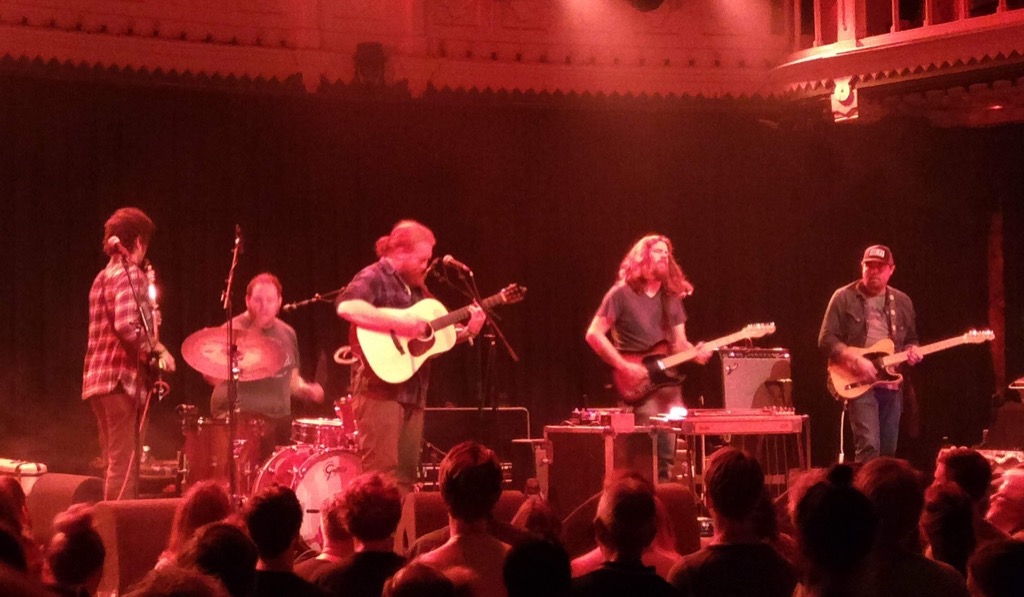 Our lack of a plan served us well tonight; we’ve one more day to try the same approach again before we fly home to Canada on Tuesday.

(As should be obvious from the photos above, my aging phone’s camera is dreadful at low-light action shots; I wanted to include something to document the night, though, so I included the photos despite their fuzziness).

I think the word you may be looking for is serendipity.