You may recall that when the PEI Energy Commission released its findings a year ago it reported:

The cables are now 35 years in service and the province’s peak load exceeds 220 MW . Current projected load growth for Prince Edward Island is 1 .5% to 2% per year which may push the peak load into the 250 MW range by 2018.

So we’re 5 years early on that prediction. 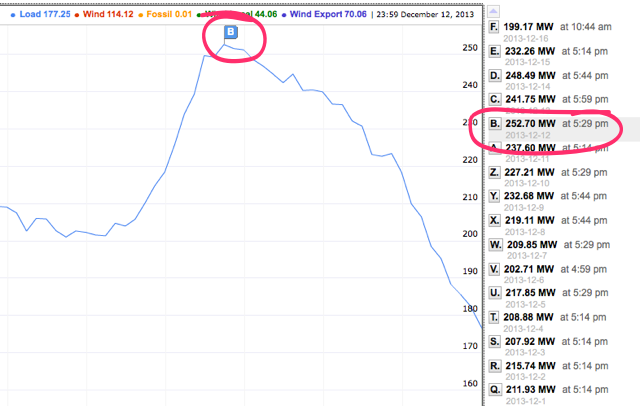 My understanding is that the increase is almost entirely due to an unanticipated rise in the use of electricity for heat, rather than a devil-may-care “let’s use 150 Watt incandescent bulbs and leave them on all night just for fun” wasteful attitude.

The migration to electric heat isn’t unanticipated: it’s well-understood trend that, in some cases, has been incentivized. The honest truth is, however, that all load estimates are (educated) guesses, at least on the residential side, as nobody really knows what people use electricity for.

We have electric heat in our (small) house and the costs are extremely high. I’m not sure why anyone would willingly choose any form of electric heat. It’s hugely efficient, but that doesn’t matter at PEI/NS electricity prices.