This is a tale of two photos, both, in theory, with location data embedded in their EXIF metadata, but with the manifestation of that EXIF data to the Apple Photos and Preview apps only available from one.

The first photo, of sunrise on Prince Street, is one that I took in January 2018 on my Nextbit Robin phone. When I run exiftool on this image, I can see the GPS data:

When I load this image into GraphicConverter, I can see the GPS data: 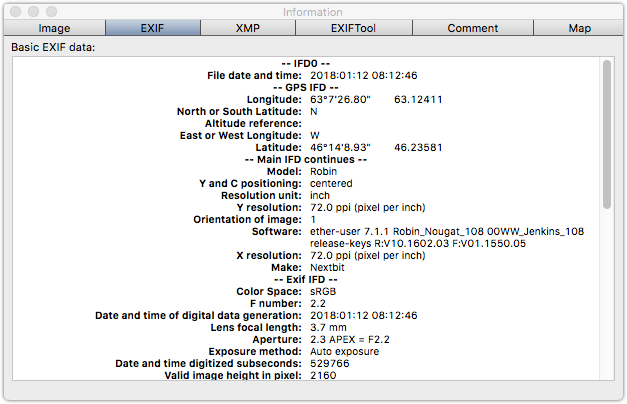 But when I use the Mac Preview app to look at the photo’s EXIF data, I don’t see anything under the “GPS” tab at all: 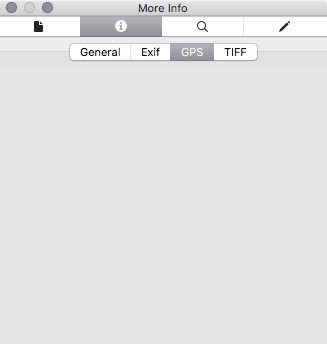 And, similarly, the location information doesn’t show up when I import the image into Apple Photos: 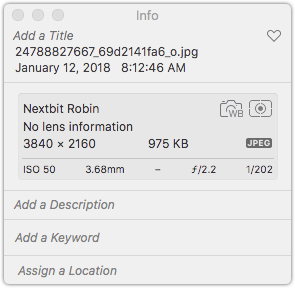 The second photo, one I took in 2014 on my Motorola phone, also shows GPS data in exiftool: 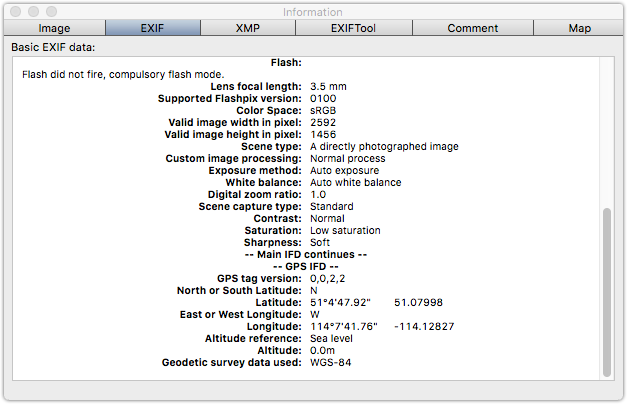 But in this case there is also GPS data showing in Preview: 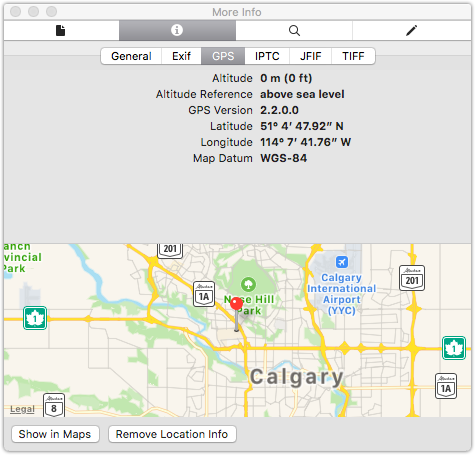 And there’s a location showing in Photos: 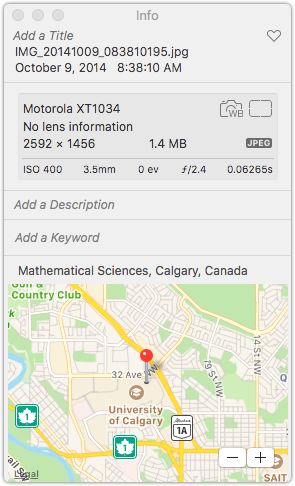 When I run exiftool with -v3, for extra verbosity, on the first image, I can see more details about how the GPS data is being encoded in the JPEG images.

In the first photo, the latitude is:

Whereas for the second photo the latitude is expressed as:

Further, if I overwrite the latitude tag in the first photo using exiftool like this:

Then the latitude changes to rational64u:

And once I do this, Preview becomes capable of reading the latitude from the file: 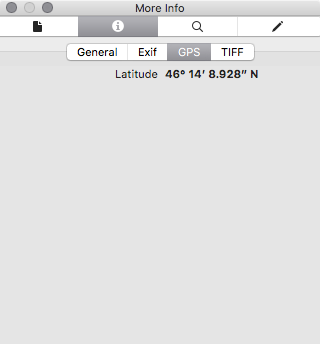 So what’s the difference between rational64u and rational64s?  From here we learn:

So it would appear that while other tools–Flickr, Google Photos, exiftool, GraphicConverter–can read latitude and longitude values expressed, contrary to the standard, as rational64s, Apple tools cannot.

Of the photos with the latitude expressed as rational64s, 2,271 (88%) were from my Nextbit Robin Android phone; interestingly, there are also 377 photos where the latitude from a Nextbit Robin photo is (properly) rational64u, so I wonder if something changed in the EXIF-encoding library on the device at some point.

How to fix this?

The exiftool utility cannot only read EXIF from files, but, as witnessed above, it can also write EXIF data into files. So I wrote a shell script, fixlocation.sh, to do this:

I can run this on a directory of “broken” images with:

The result is files that Apple applications like Preview and Photos can properly interpret the locations of (while not compromising the ability of other applications to do the same).

After fixing the geolocation on 20,000 photos from Flickr and importing them into Photos on my Mac, here’s what the “Places” tab looks like: