I put the rented Evox City520 electric bicycle through its paces tonight, riding out of Charlottetown on the Confederation Trail to Charlottetown Airport, and then out the Brackley Path that runs parallel to the Brackley Point Road, rejoining the trail and riding east as far as York. 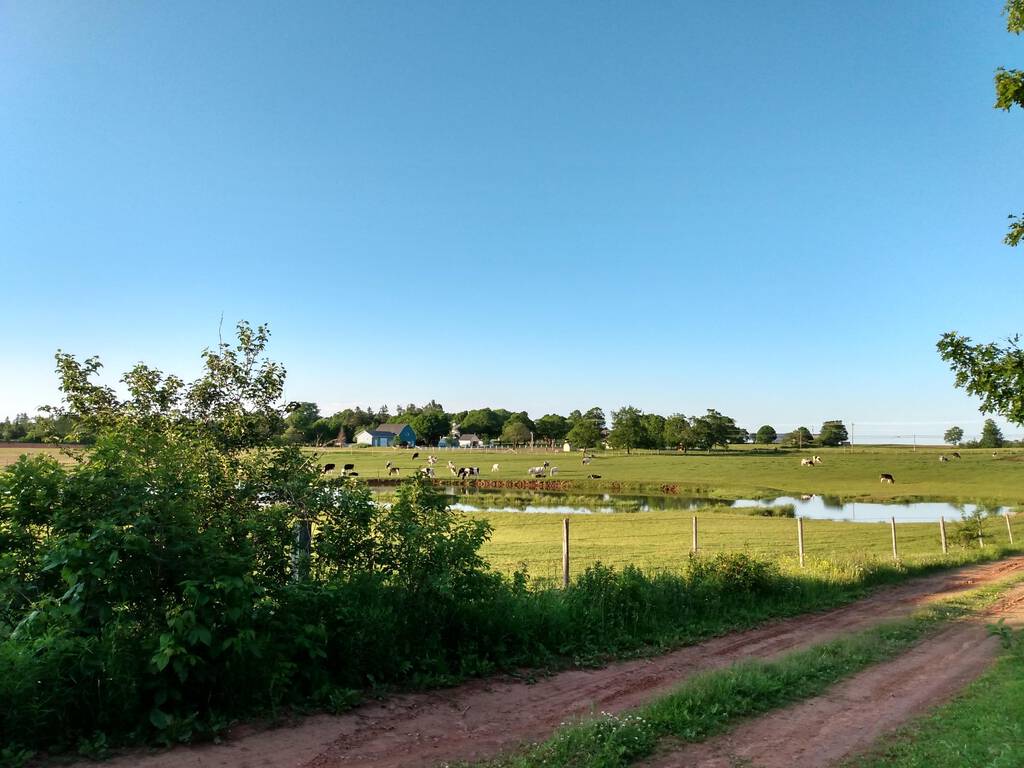 The trip was 15.8 km in each direction, 31.6 km there and back. Here’s a picture of my ride, recorded as a GPX file by OsmAnd and displayed over PEI 2 meter contours. 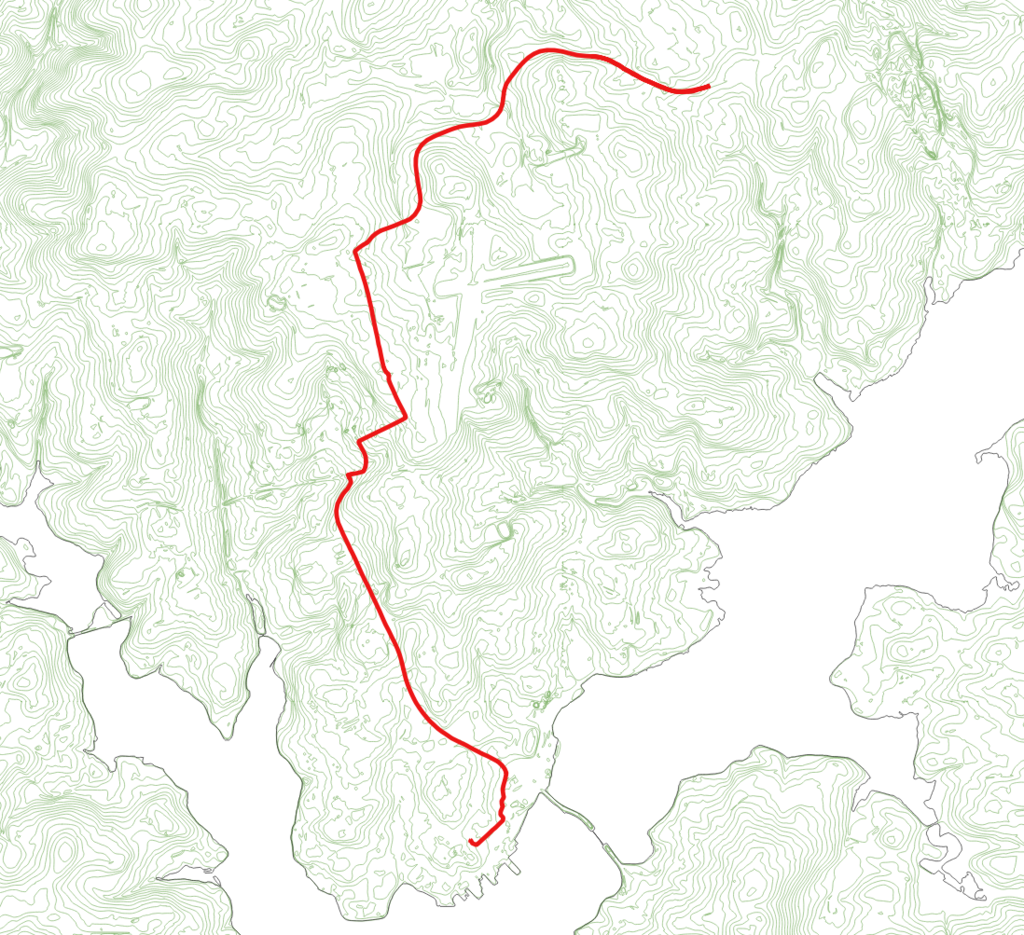 This is farther than I’ve ever ridden a bicycle before, and the distance was only possible (at least given my current fitness level and strength of character) because of the electric pedal assist, which I used continuously.

The Evox has 6 levels of pedal assist and an 8 speed gear system; heading downhill, with full pedal assist and in the highest gear, I was doing almost 30 km/h. My average speed, over the entire trip, was about 20 km/h.

One of the reasons I suspect I’m not a good candidate for an electric bicycle is that the heady allure of pedal assist level six, with its effortlessness and breezy speeds, is simply too great to allow me to derive a significant enough amount of fitness from the endeavour.

I got nowhere to go, really, and so I think I’d be better off sticking to the grinding effort of my trusty non-electric Palomar, sticking closer to home, and leaving batteries out of it; I think I’d end up a better person.

Which brings up another issue, the feeling of being an asshole that one experiences when you blithely pass the non-electric-riders on the trail, expending half the effort and traveling at twice the speed as they are. I’ve always had a feeling of solidarity with fellow trail riders when I’m riding unassisted, and it’s not uncommon to give a nod of the helmet or a wave of the hand when passing in the other direction; flying by on my electric jet-bike I felt like people in first class must feel when we coach passengers mope by. It wasn’t a warm feeling.

All that said, the Evoc City520 is a nice piece of kit. It’s easy to get on and off, has a low centre of gravity, and is comfortable to ride. As I mentioned earlier, it’s heavy as hell, and was a challenge to wrangle in the front door of the house to charge this evening (I think the battery is removable, but I don’t have the key to unlock it, so I had to bring the whole thing inside for the night). 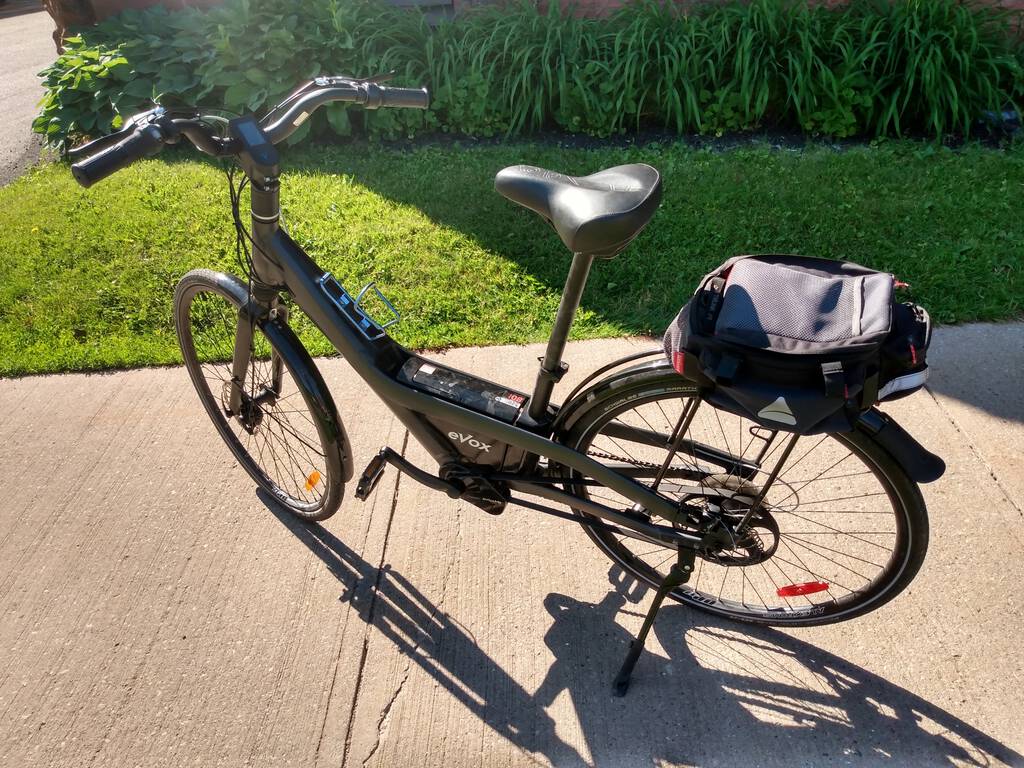 The pedal assist system is control by a simple three button toggle and a centre-mounted display: 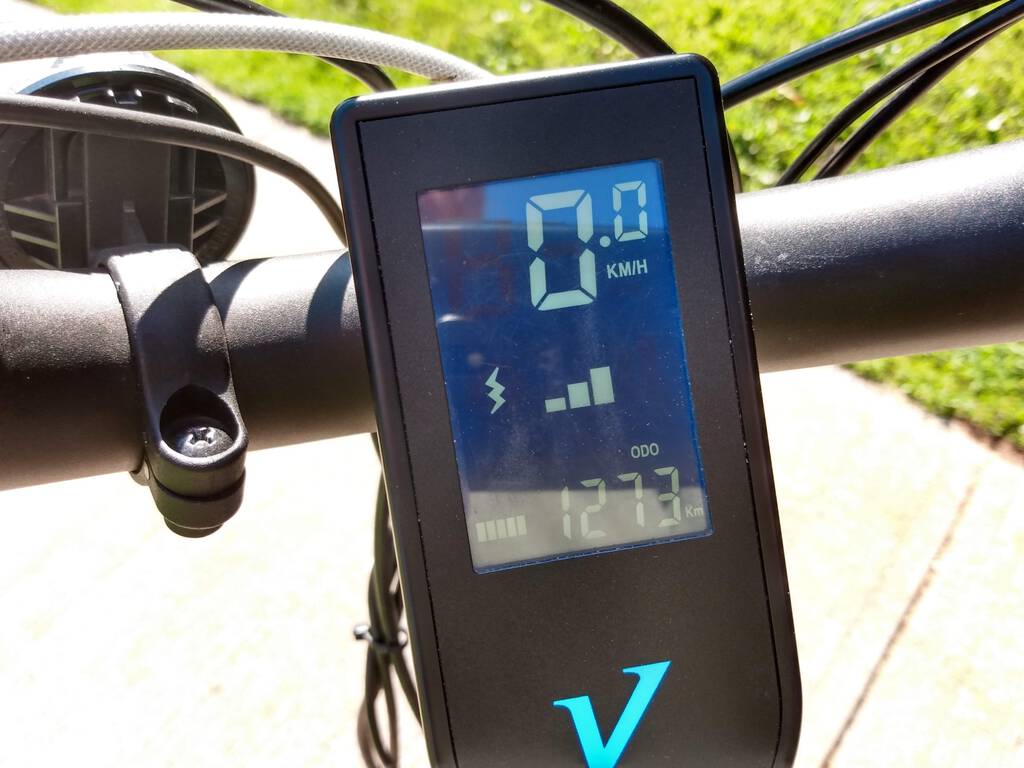 The display shows speed, pedal assist level, battery level, and an odometer. I like the fact that it is integrated into the handlebar post (in the centre of the “cockpit,” as bike nerds like to say), rather than zip-tied to the handlebars like a lot of other ebike-controllers are.

Perhaps the best takeaway from this evening’s ride was the reminder of how lucky we are to have the Confederation Trail in our midst: 30 minutes from downtown Charlottetown (15 minutes on an ebike!) and you can be in the middle of the countryside, by yourself, hearing nothing but birds and tractors. 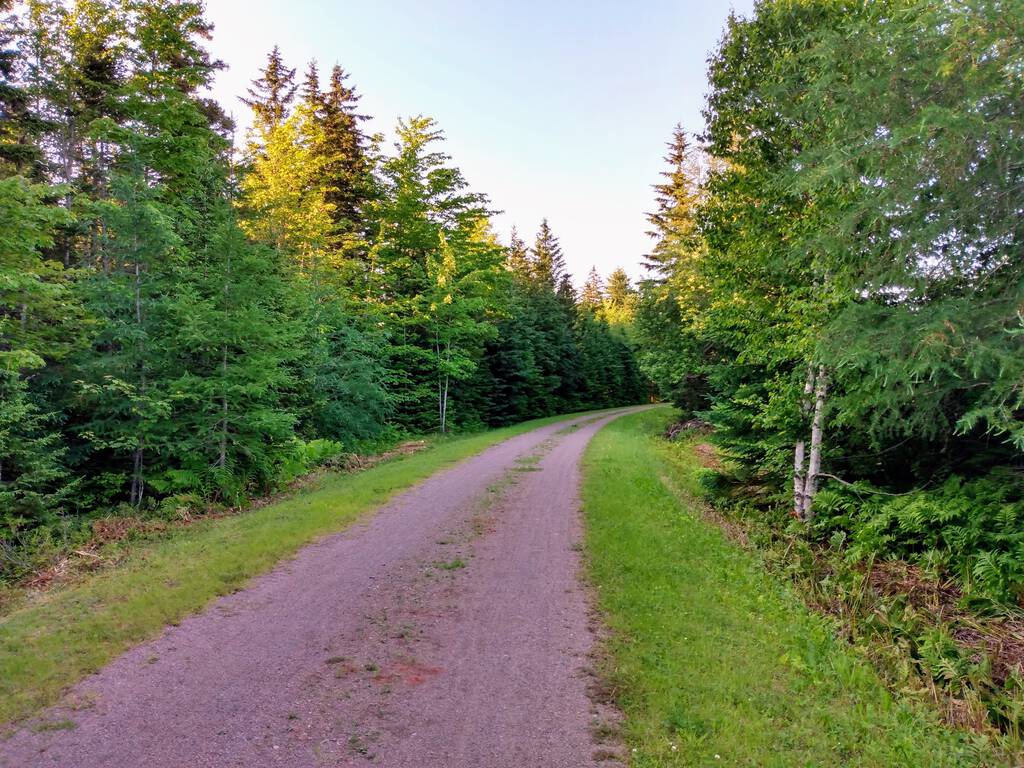 I’ll do some more tooling around on the Evox tomorrow before returning it to MacQueen’s, but I think I’ve got the ebike bug out of my system for now.

Well dang, that sounds mighty groovy. Dang it, I might have to try that myself!