Oliver and Ethan and I headed out early this morning on our annual visit to New Year’s Day levees.

It was a beautiful, sunny, morning; warm enough so we didn’t need to wear hats: 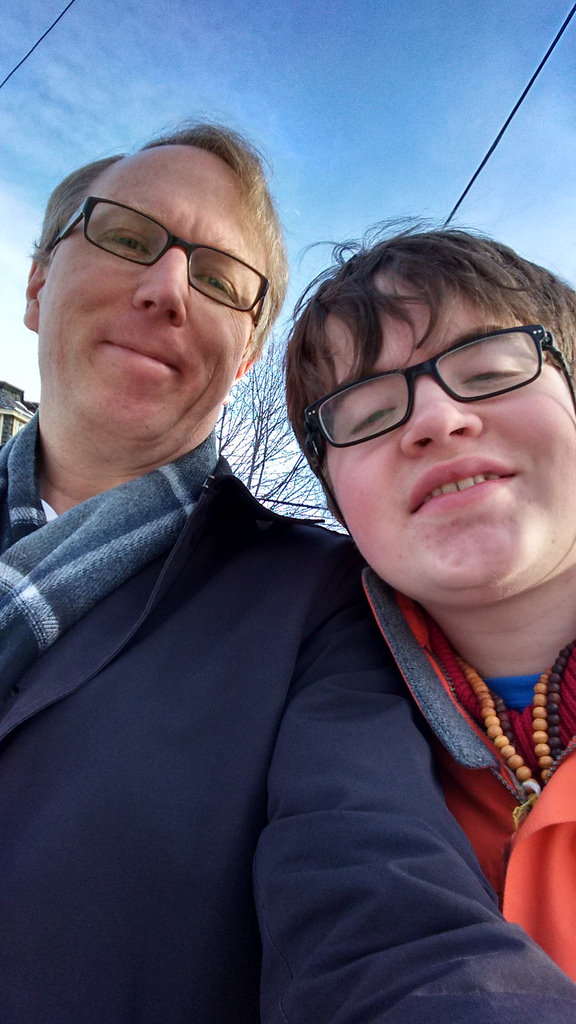 Our timing was almost perfect: we arrived at Government House just before the 10:00 a.m. start, just before the line started to lengthen out the door. We wound our way through the anterooms, warmed by the fires lit in the fireplaces, to their honours, had a drink and a bite to eat. Along the way we had innumerable conversations about Ethan (what’s his name? what breed is he? can I pet him? is he working?), which you think might be tiring but which, in truth, are part of the point of Ethan, as they’re a good icebreaker.

By the time we were ready to move on, the line was wrapping around the building: 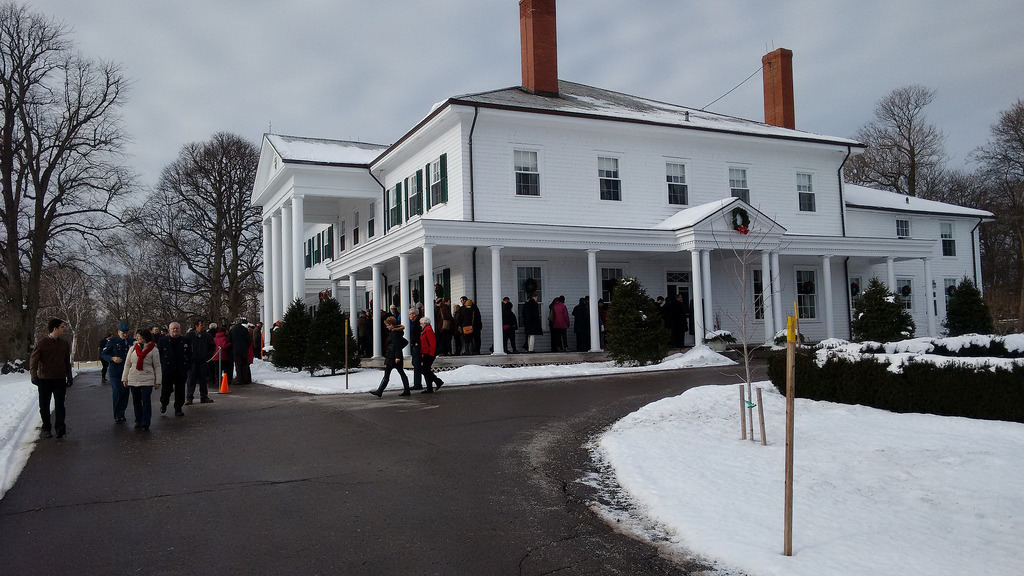 Next stop was City Hall. Our secret wormhole there was the elevator to the second floor, which we were kindly offered what with Ethan and all. This teleported us ahead of a whole bunch of people waiting on the stairs, helpful as trying to manage the physicality of man plus teen plus dog on the stairs would have been tricky.  Oliver wrote a novel-length calling card on the blanks provided and then we shook the hands of the Mayor and councillors, had a cookie and said some hellos, and continued on our way. 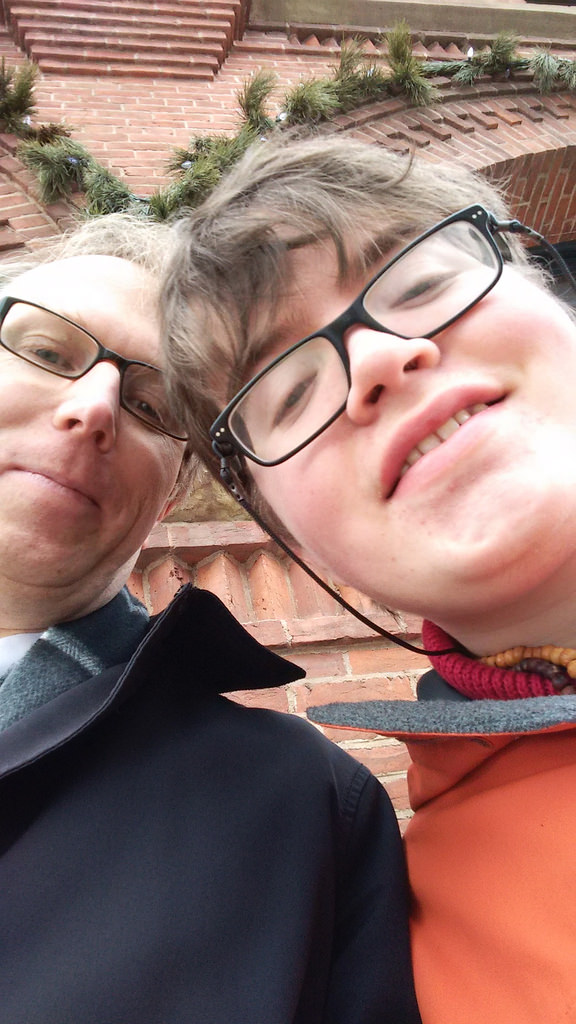 It was on to The Guild. We arrived there early too, so things were just getting started. This afforded us an opportunity to have a chat with the Premier about dog grooming. Because this is PEI and that’s the kind of thing you do here (turned out that Hillario and Zorro, the First Dogs, are groomed by the same crack team as Ethan). We also got to have a nice chat with former Member of Parliament Shawn Murphy. Although we talked open data not dog grooming. 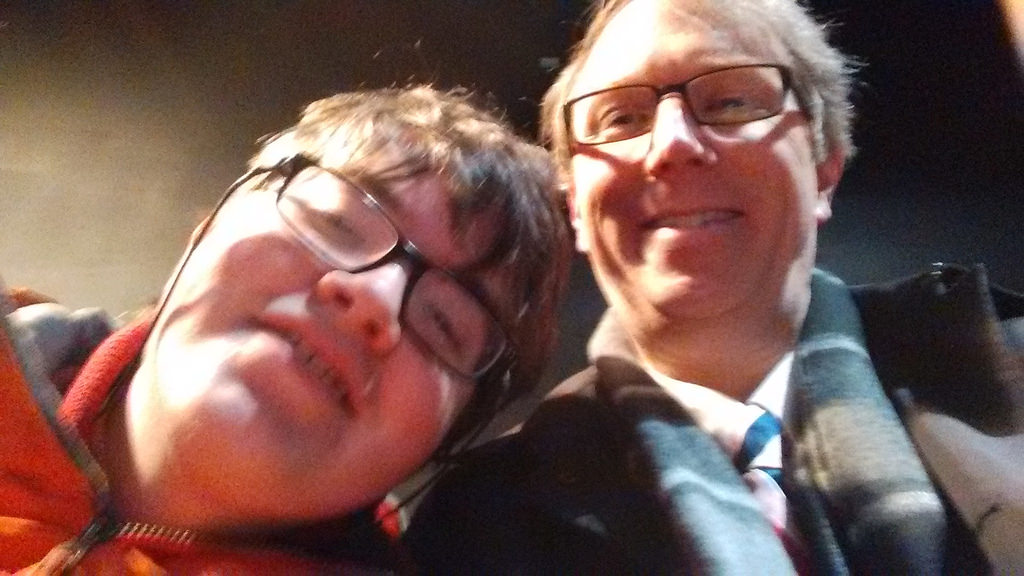 While sitting at The Guild, Oliver and I realized that we were both well-covered with road salt, a victim of its copious spreading on the sidewalks combined with Ethan’s copious rubbing up against us. We were so bedazzled by this that we both forgot our gloves in the theatre and had to back for them later.

Down to the waterfront next, to the Haviland Club. Ethan got an chance to have a rest and to clean some of the salt off his paws, and we got a chance to sample the excellent cream puff tree, the best reason for a temporary reprieve from a sugar-free lifestyle that I’ve found in a long, long time. 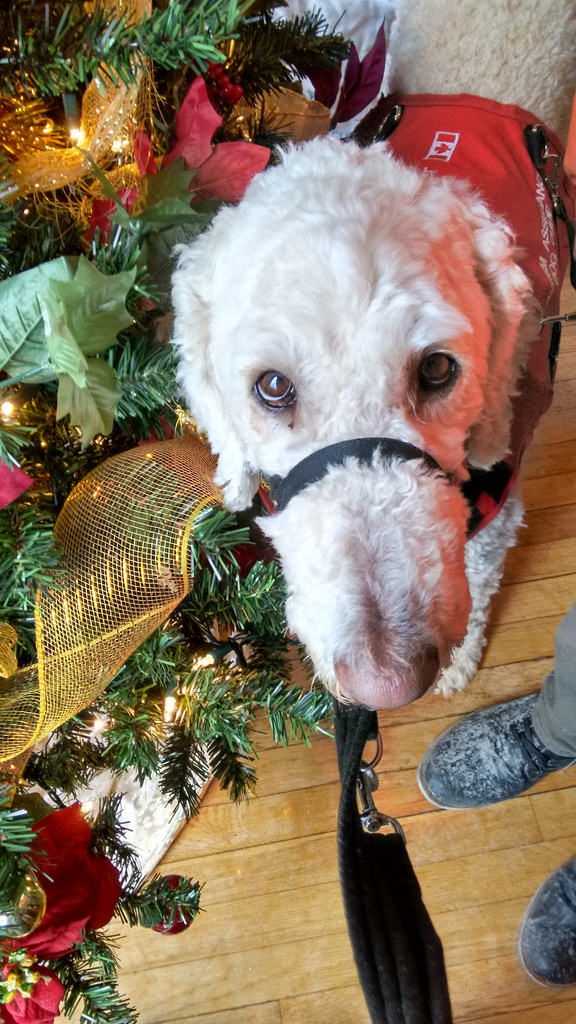 As usual, we headed over to the PEI Regiment Levee across the street just at the right time, before the crowds arrived but after the doors opened. This gave us a chance to tour the Regimental Museum (the city’s best-kept secret museum and well, well worth a visit if you have an opportunity).

In the museum we got a chance to read parts of A Soldier’s Guide to the Cold (which contains Classified Information Affecting the Defence of Canada!) and to learn about the military use of toboggans: 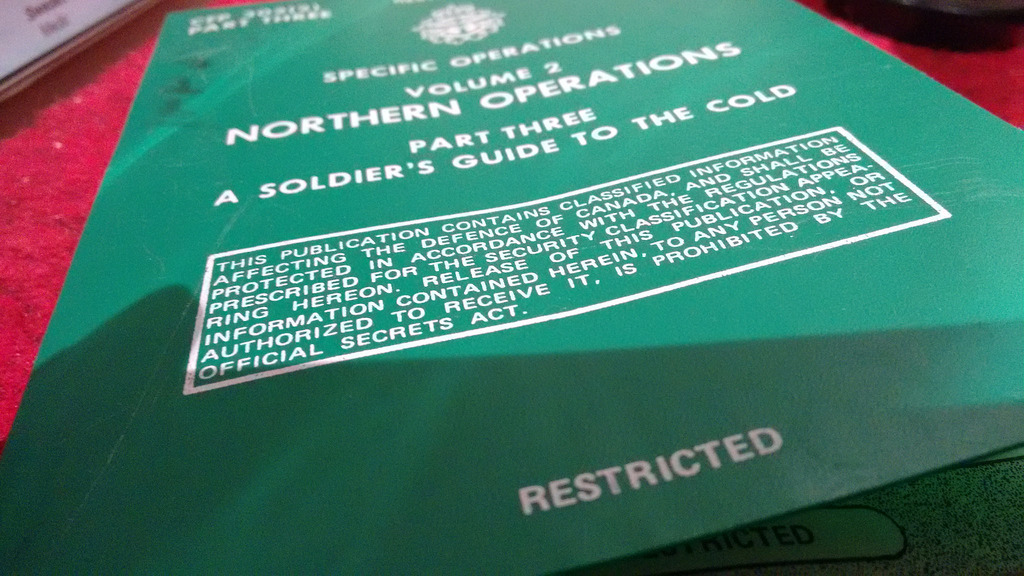 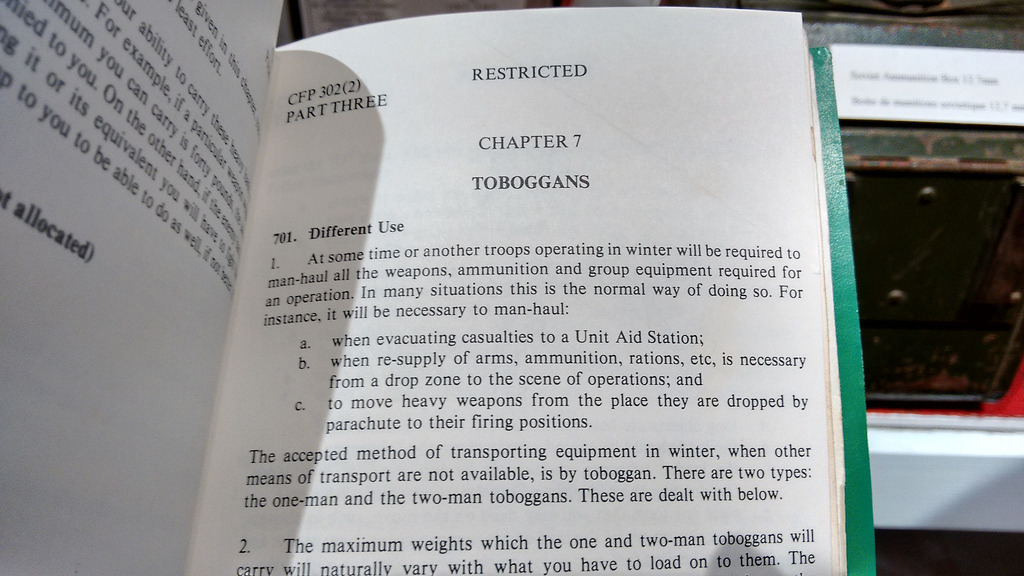 We also found, with the help of the museum’s curator, Greg Gallant, a photo of Brigadier Bill Reid, former owner of our house at 100 Prince Street: 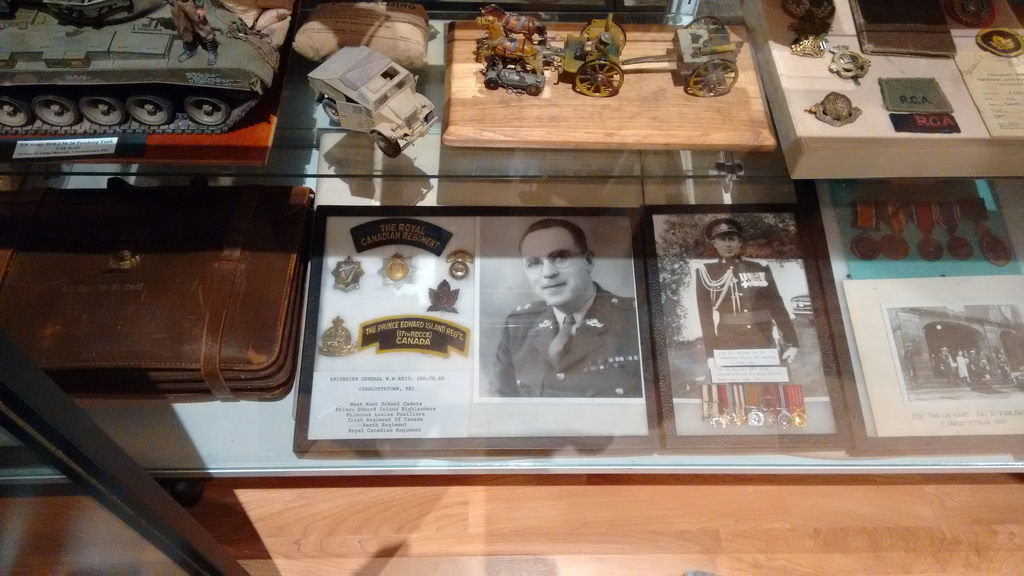 And we also learned, from a map of the Victoria Barracks, that there was once a plan to build a lake inside Victoria Park: 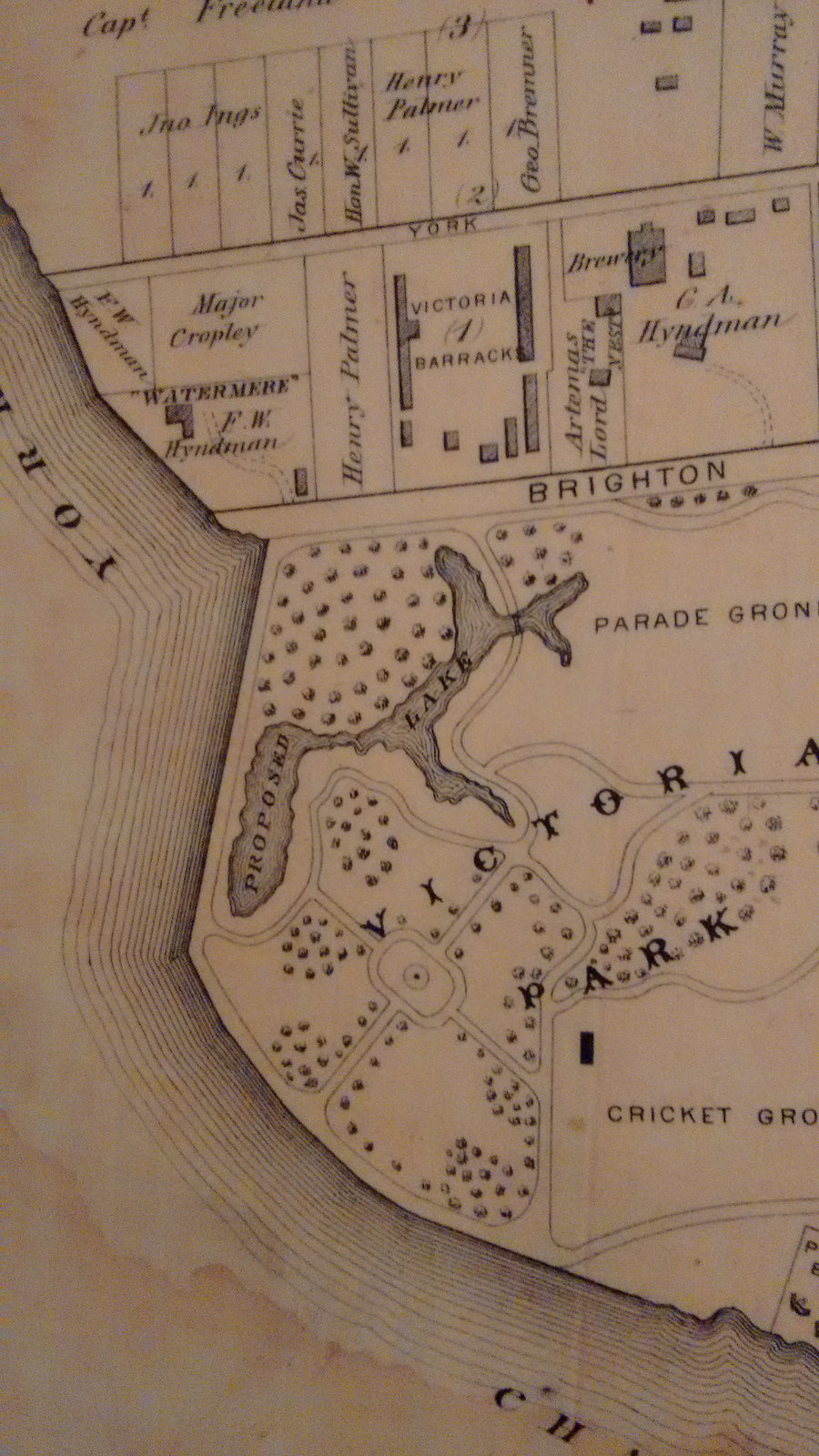 I had a bowl of chowder, we listened to the crack regimental band, wished a bunch of people a Happy New Year, and then headed home. There were plenty of other levees we could have wandered to, but moderation was in the air and we needed lunch and a rest.

Our timing for arrival at Premier MacLauchlan’s levee at 3:00 p.m. was, alas, not as crackerjack: this was the scene on our arrival at 2:30 p.m.: 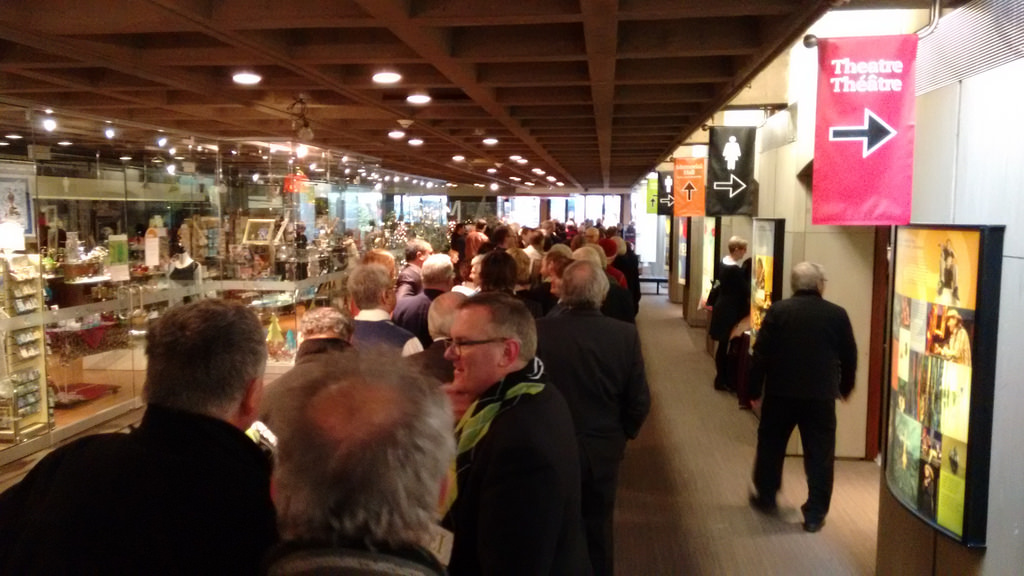 We waited it out, though, taking some comfort that the line kept growing and growing and growing. Shortly before 3:00 p.m. the line started moving efficiently and before too long we were at the head getting written up to connect ourselves with the photos that would shortly be taken of us (we were party number 67): 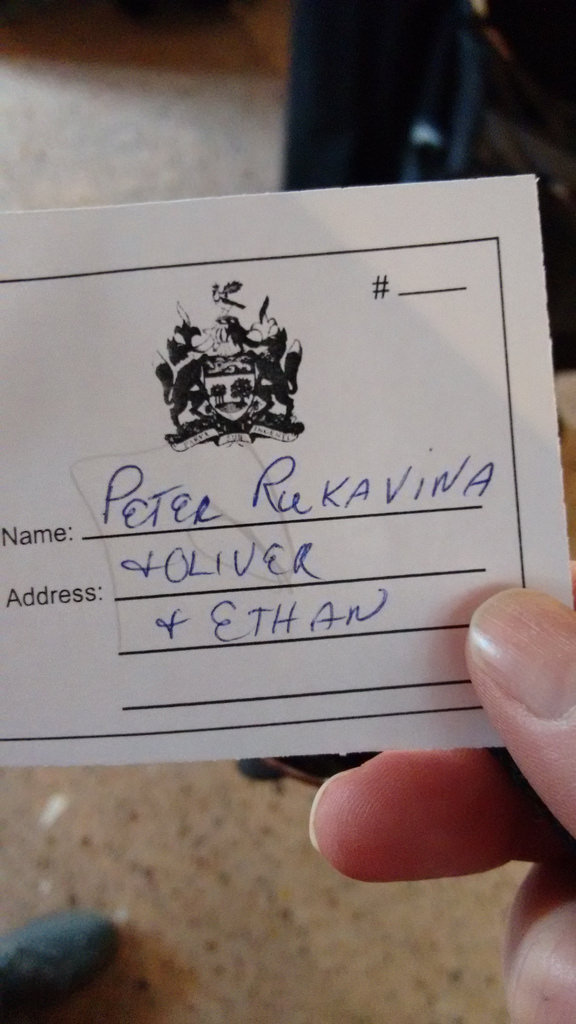 And a few minutes later we were getting our photos taken with the Premier and his partner Duncan, and then shaking hands with a cross-section of MLAs. Then it was on to the excellent buffet, with tiny fish cakes the highlight. 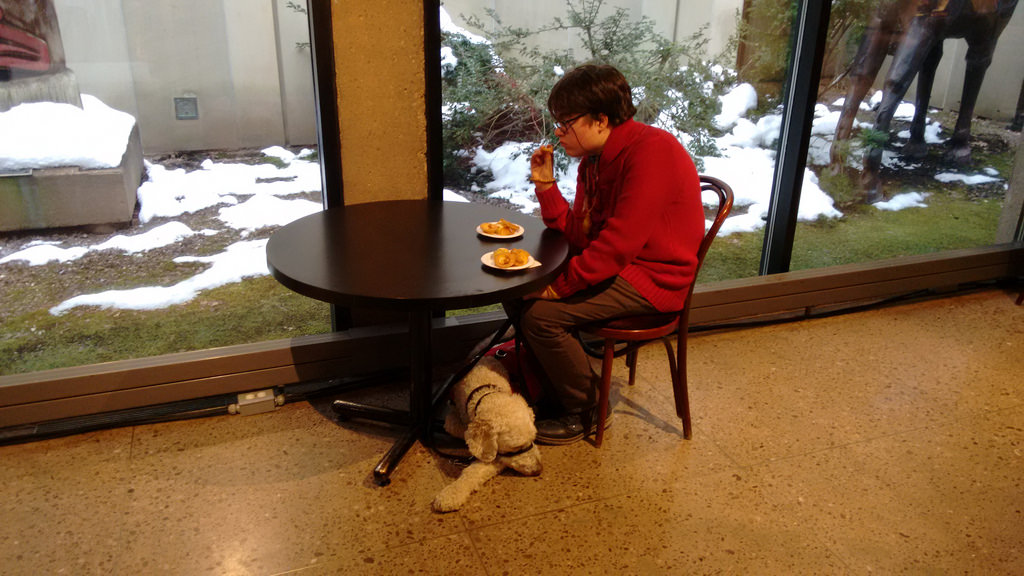 A few chats later we were ready to call it a day and headed back out into the now-rather-chilly air.

It was a good way to spend the first day of the year.

this looks like a very good day, great to get out and see lots of folks and say hello.
Happy New Year to you all