My father’s father was born in Konjsko Brdo, Croatia in 1903; he left for Canada in 1926, and sometime after that my great-grandfather’s family relocated to Dišnik, in northeastern Croatia, a village just north of the city of Kutina.

This fact of my ancestry explains why I’ve visited this small town of some 20,000 people that you’ve never heard of. Twice.

The first time was in October 2004 when my father and I visited as part of a father-and-son exploration of our Croatian roots. At the time we didn’t know of our family’s pilgrimage from Konjsko Brdo, and we’d been led to the area on the off chance that we might locate my father’s cousin Regina Arace, who was rumoured to live there. We didn’t find Regina (although we found her house), but we did find my father’s last surviving aunt, Manda, and her husband Iva Baretic, living in a small house nearby. As I wrote at the time, this was a huge surprise, as we’d no idea that my grandfather had younger siblings:

By some miraculous series of events that involved a trip to a bookie, a trip to the police station (for information, not arrest), and about a dozen extremely helpful Croatians who sent us “up the hill, to the right, until where the pavement ends and you come to a vineyard,” at 4:00 p.m. we found ourselves driving our little Renault down a rough country lane towards a fedora-wearing man leaning on a fence. Dad asked, in his best Croatian, “can you direct us to Manda´s house?”

“This is Manda´s house!” was his response. We had found the house of my step-great-Aunt Manda and her husband Ivo. Manda’s father Stipe is my great-grandfather. We were invited into their humble farmhouse, fed a meal of cured ham and whisky (Dad drank the whisky — I was driving), and Dad pulled off an amazing facsimile of a native Croatian speaker to engage them in conversation about family connections, family history, and their life.

Here’s a photo of Manda, my father, and Ivo: 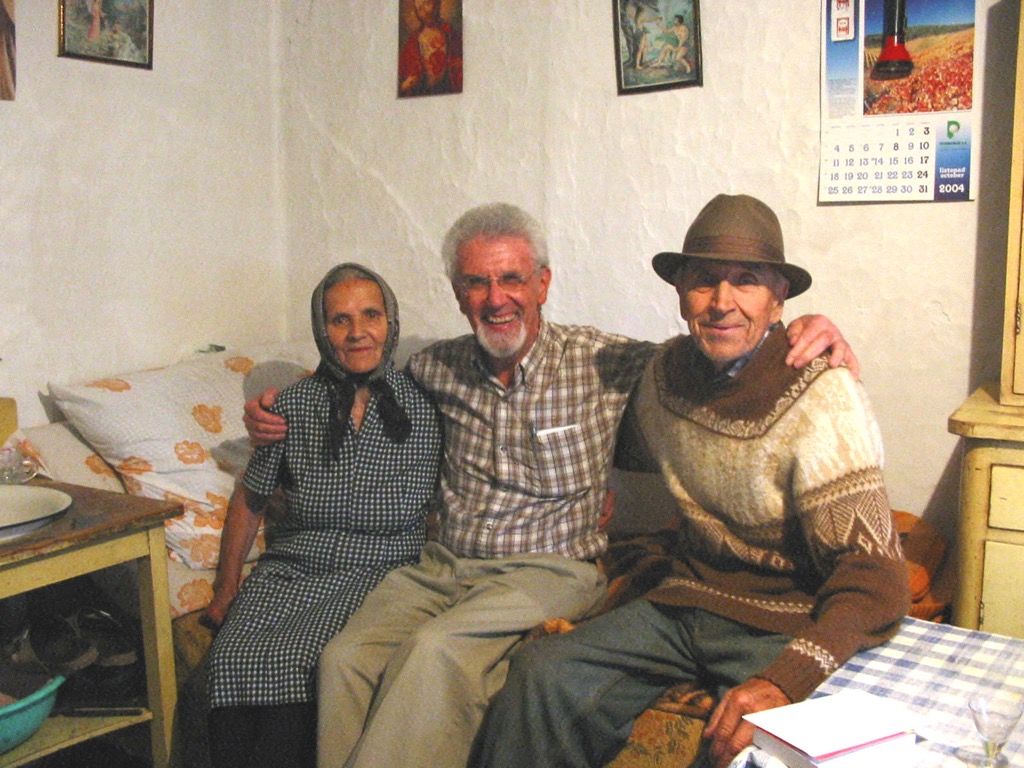 And here’s me and Manda and her dog: 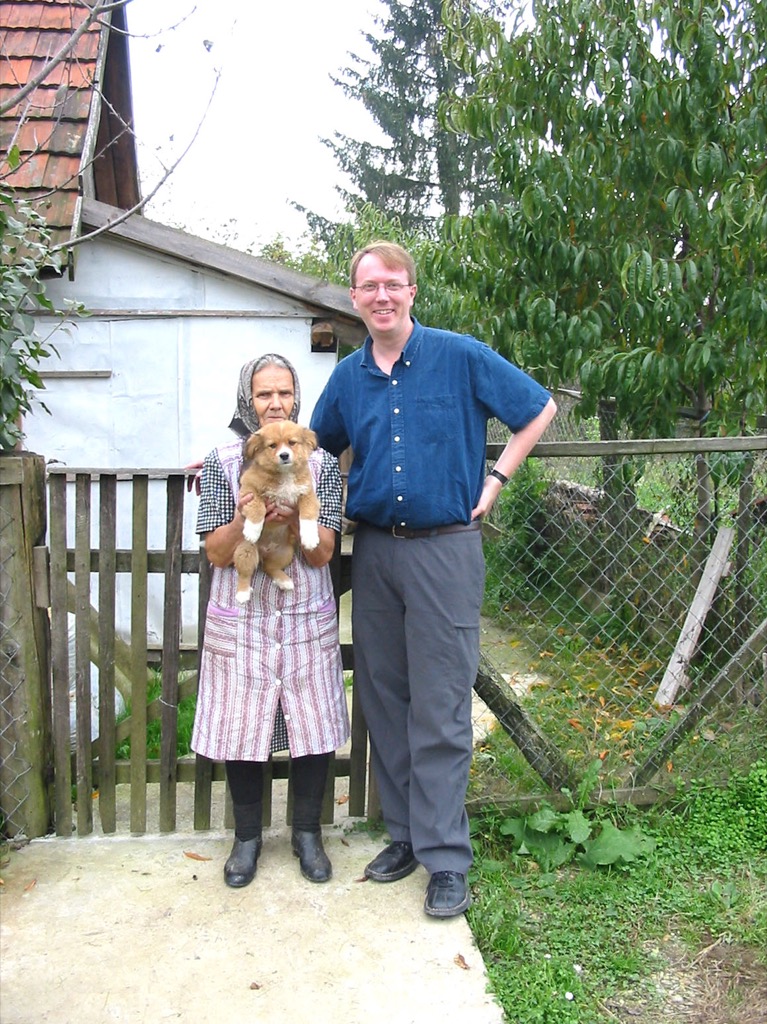 The experience of discovering long-lost family is and will remain one of the highlights of my traveling life, and, I think, of my father’s as well.

That evening, eager to go back the next day for another visit, we booked a room at the Hotel Kutina, in the nearest town that had a hotel. 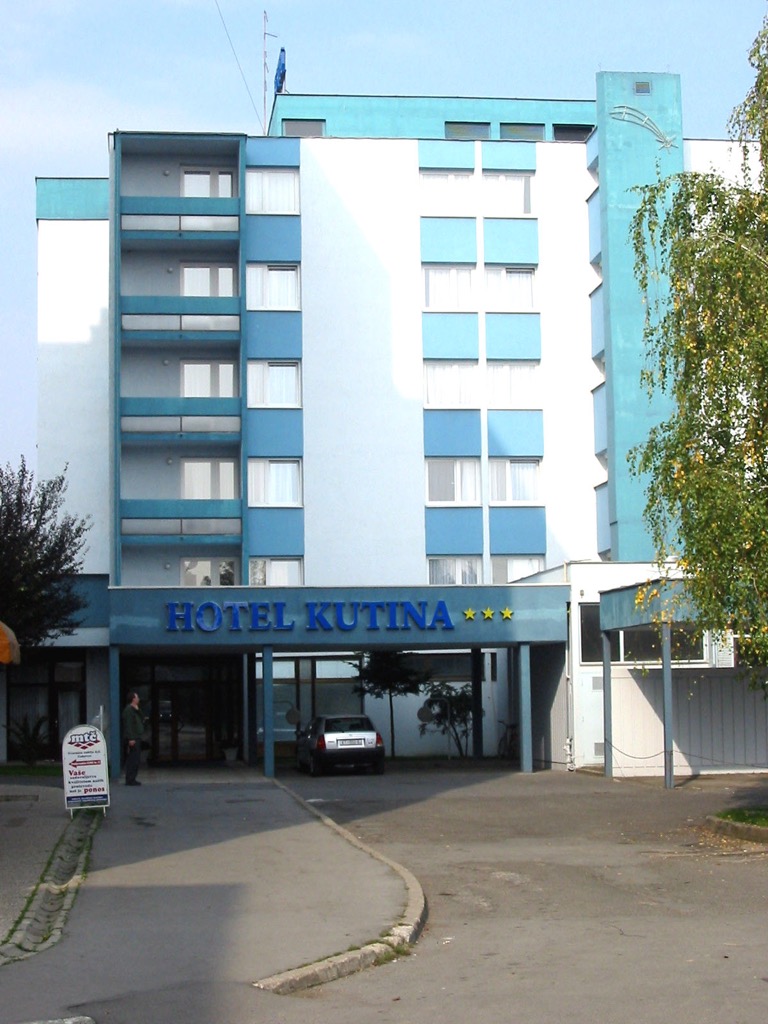 The next day we did, indeed, go back, bringing gifts and engaging in some more catch-up about the previous century. And then we were off south, where even more family discoveries awaited us.

Six years later, in December of 2010, I went back to Kutina, this time with Oliver and Catherine.

Our trip had started in Munich, continued to Basel, then Venice, Ljubljana and finally Croatia. We booked ourselves a room at the same Hotel Kutina; it was colder in December than it had been on the first visit in October, and the hotel, if memory serves, was either missing hot water or heat. Or maybe both. But at least there were blankets: 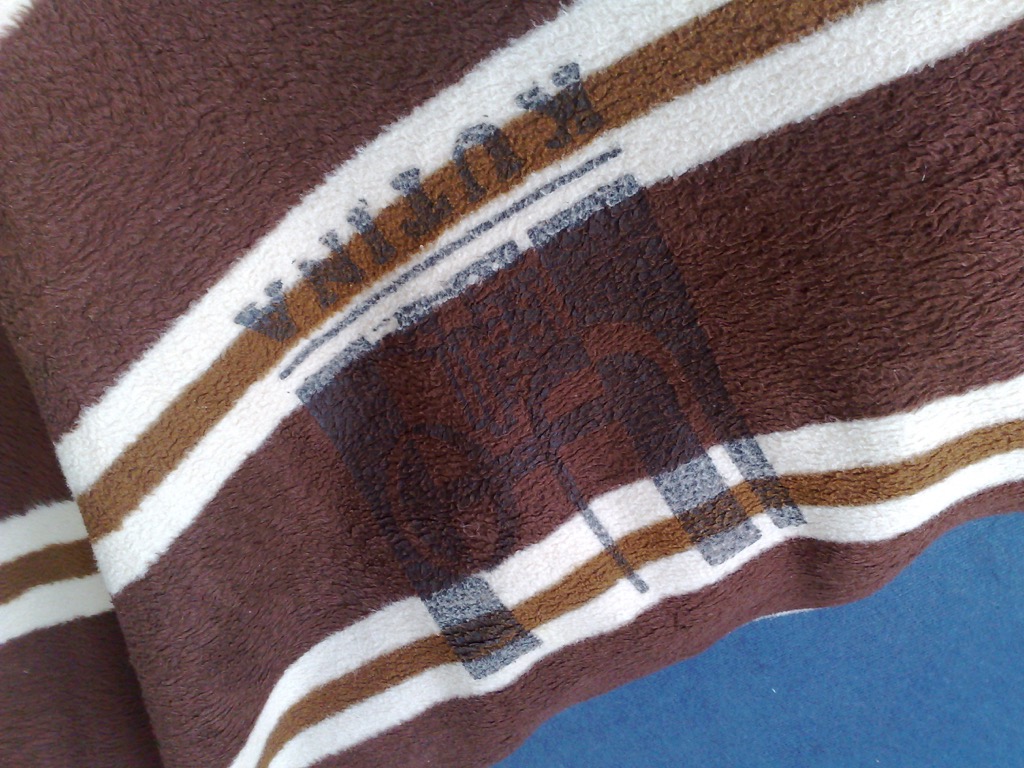 Here’s Oliver and Catherine in front of the hotel: 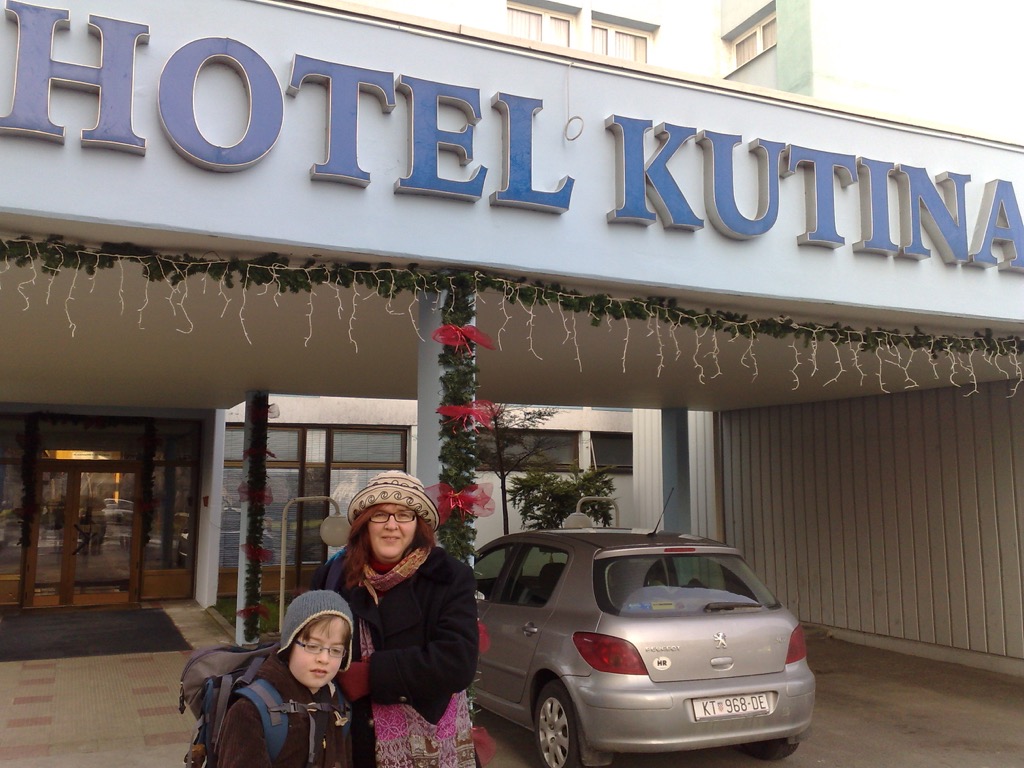 The next day we went in search of Manda and Ivo; I was eager to introduce Oliver to his great-great-Aunt and her husband, and for Catherine and Oliver to see something of rural Croatia.

To our dismay, while visiting the graveyard in Dišnik we found Ivo’s grave; there was no grave for Manda, however, and we were hopeful that she was still alive.

Through a rather miraculous and circuitous connection involving the Peruvian branch of the Rukavinas, we were able to find Manda in a Red Cross-Red Crescent nursing home nearby. Here’s a photo of Manda and Oliver: 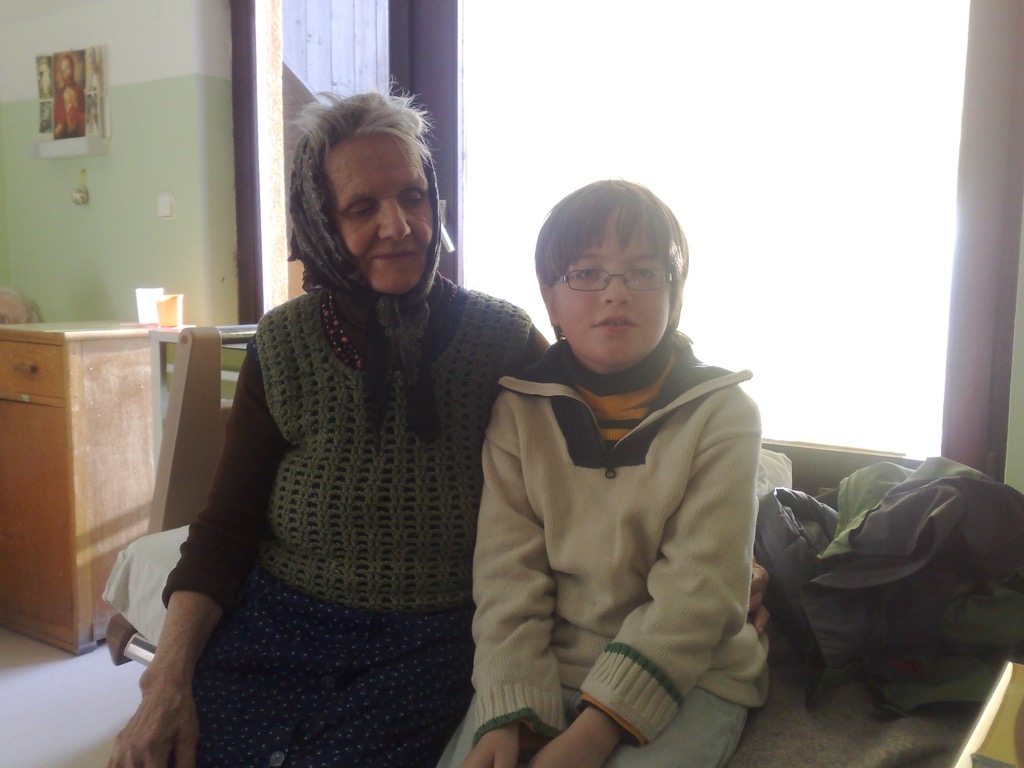 It was a challenging visit: we spoke no Croatian, Manda spoke no English, and by this time she was in advanced stages of dementia. But we all tried our best, and I think the visit brought a little light into all of our lives.

This is all a very long-winded preamble to a brief note that Kutina achieved some small measure of fame in the latest telling of John Le Carré’s The Little Drummer Girl.

In episode 3, Charlie, played by Florence Pugh, is driving a Mercedes from Greece to Austria, and stops in Kutina for the night. She stops at the Hotel Glavina, a hotel that, as far as I can determine, is fictional.

Here’s an (audioless) clip showing Charlie’s arrival in Kutina, and her meetup with an undercover agent:

They go on to play a short game of Scrabble by way of communicating secrets to each other.

One minute and twenty-one seconds of the episode are set in Kutina.

(If you liked this post, check out William Denton’s rigorous cataloging of the appearances of libraries in Archie comics).

Wonderful story I know A little about that part of the world from my own time in Europe.