Ever since I moved into the Reinventorium five years ago, and especially since Johnny decamped to California two years ago, I’ve been looking to outfit the office with some sort of casual seating upon which I could read, reflect, nap, or otherwise do non-typing things. This is partly because I’ve got non-typing things to do, and partly because if all I do is typing things all day, I’m liable to sit in the same position for 8 hours, with only a few breaks. And that, ergonomics people tell me, is a bad idea.

The stumbling block had always been the casual seating itself.

The Island is not known for its furniture aesthetic, and the local showrooms are more prone to stock Norman Rockwell-inspired punishing couches than they are sleek urban crash-divans. There is Cottage Industry, a laudable exception, but as they’re a tiny space, unless they have something in stock you need to purchase on spec, and I’m not the kind of person who can purchase as something as intimate as an office-creche sight unseen.

Enter IKEA, conveniently located just 5 minutes from my parents house in Burlington, where we were visiting for the holidays two weeks ago. During a quiet moment Oliver and I paid a visit, and in the upstairs showroom I found the Söderhamn line, a mix-and-match erector set of chair and sofa parts that can be stitched together in innumerable combinations. They happened to have a turquoise-upholstered chaise variant set up in the showroom, and it proved to be almost exactly what I’d always been looking for. 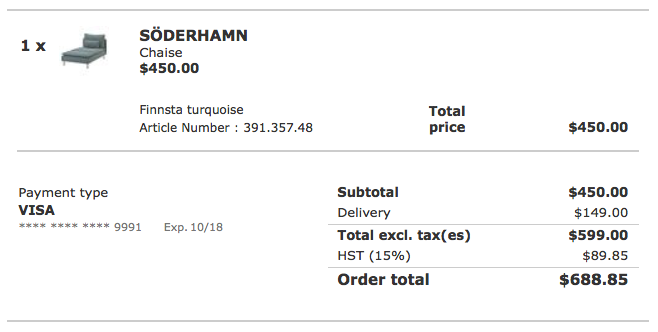 Six days later, today, January 10, 2017, a big box (with the chaise) and a little box (with the upholstery) arrived here at the Reinventorium. This was something of a surprise, as my original receipt said “Your final delivery date may differ and will be communicated by email/phone once the order has shipped.” and I received no such communication. But that’s not surprising, as IKEA’s web store feels like it was fashioned out of the remnants of the Apollo space program computer platform; it works, but only in a way that surprises you.

The box was well-packed, using vacuum-sealing to keep all the puffy bits compact. Inside I found everything I needed to assemble the Söderhamn, guided by the notoriously hard-to-parse-unless-you’ve-already-done-it pictorial instructions, filled with illustrations like this: 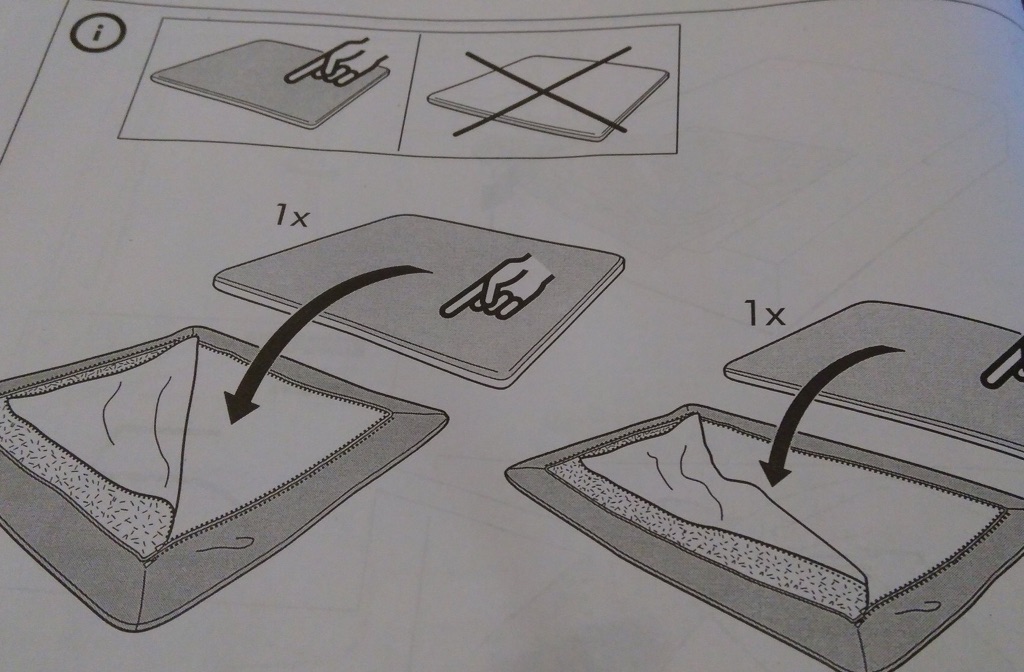 But I made my way. And, of course, it all seemed very ingenious once it was assembled and I understood the underlying theory. I found a corner of the office near the window–Johnny’s former workspace, as it happens–and here’s the result: 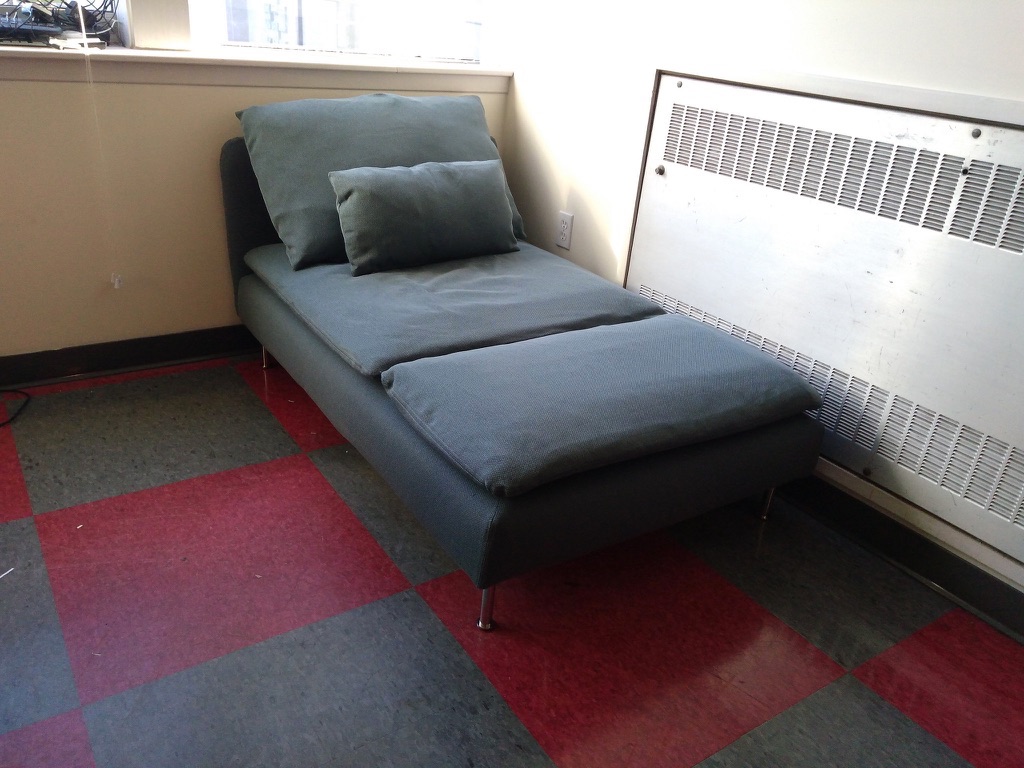 I updated the SketchUp model of the office to match: 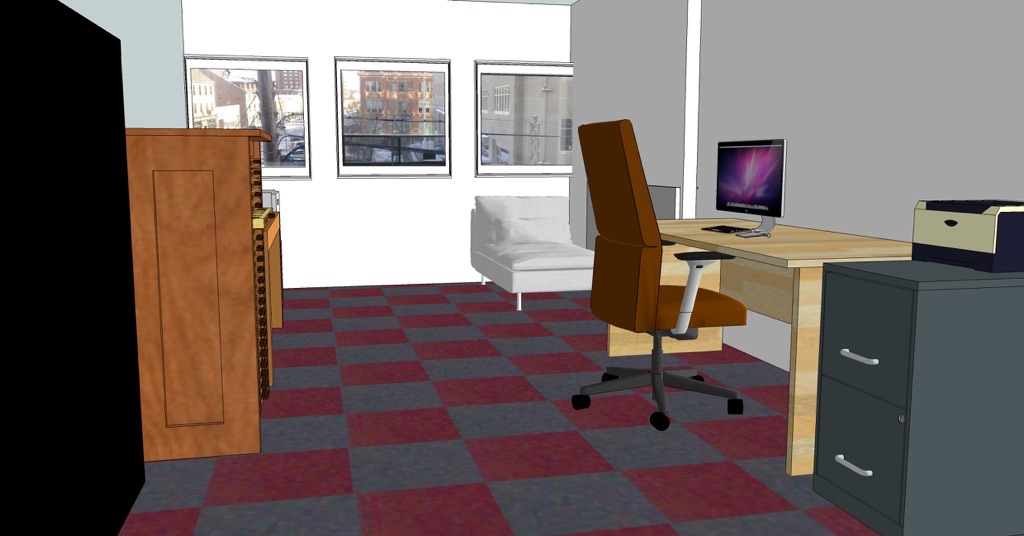 The IKEA Söderhamn line, I presume, is named after the Swedish community of the same name. This happens to be only about 100 km from the home of the other Golding Jobber № 8 letterpress that I know of.