Regular readers may recall the photo of my virgin office at 84 Fitzroy Street on the day I got everything set up there back in December 2003: 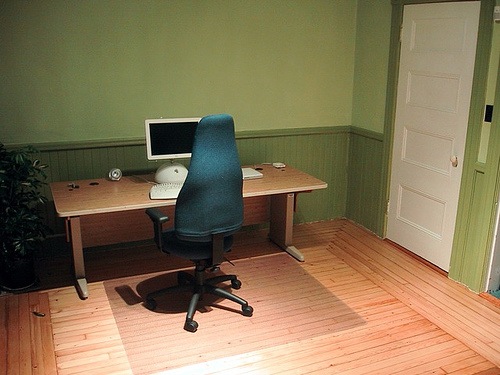 Well, here’s the same photo for the 2012 version of Reinvented Inc. now that we’ve moved office around the corner and down Queen Street to the second floor of The Guild: 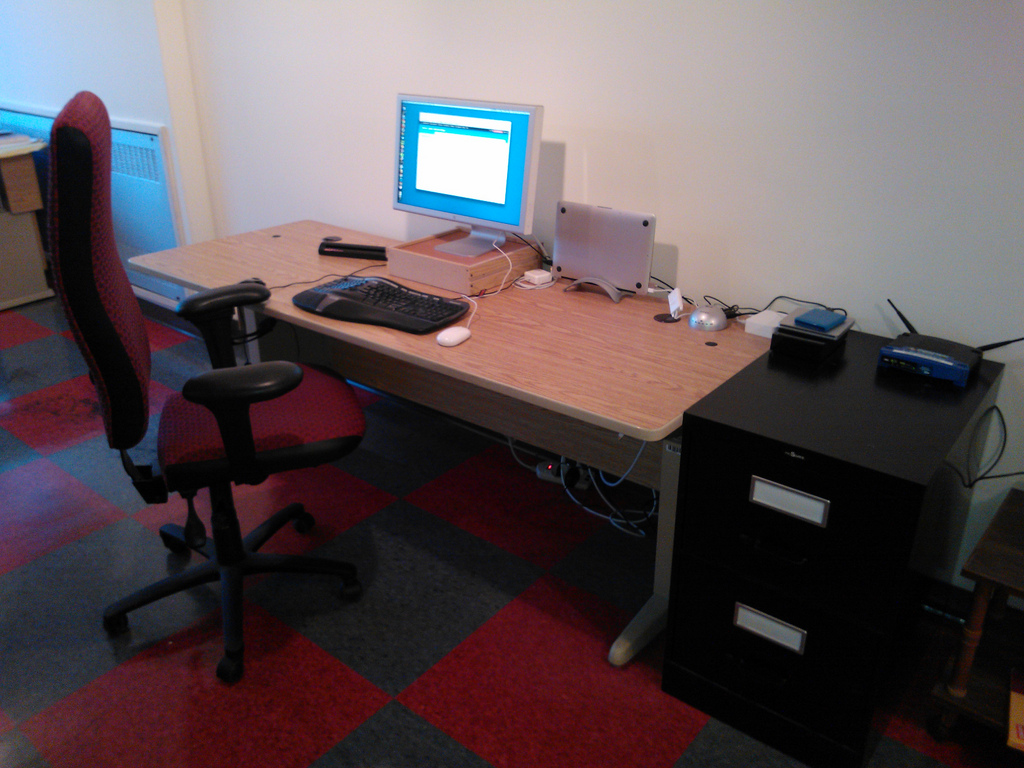 What you don’t see in this photo are the piles of boxes holding myriad bits of metal type and bank statements, and the as-yet-unassembled analog typesetting part of the operation. But thanks to a morning’s work of hard work by me, Johnny and G., we’re completely moved out of the old office and into the new one (for the record, that “Rent me for $19.95 a day” ad you see on the side of U-Haul vans — in the end, with insurance and fees it actually comes out to $48).

Given that it’s all de rigueur to give your digital office space a fancy name these days — see also The Makers Loft — I have, with Oliver’s help, christened the new space The Reinventorium

reinvent |ˌrē-inˈvent | — verb [ with obj. ] — change (something) so much that it appears to be entirely new: he brought opera to the masses and reinvented the waltz.

So, in other words, this is the place where all the reinventing goes on.  It’s where stuff gets reinvented.

Oliver is proud of the new name, Catherine doesn’t like it at all and Johnny, I think, is trying it on for size and reserving judgment. But it’s too late: there’s already a Twitter account, domain name, and an SSID that you’ll see when you’re in the neighbourhood.

Once the letterpress operation is up and running again I’ll be setting and printing invitations to an office open house where you’ll all be welcome to come and reinvent yourselfs. Or at least have a coffee.