Remember the Bateman-Atkinson Bicycle Trailer Conversion? Well it’s been serving me well for over a year now, never more so than today.

Today was a complex cycling day that involved a cycle up to the Charlottetown Farmers’ Market with Oliver, and then a trip to the University of PEI for Oliver’s New Student Orientation activities (he left his bike there, and I’ll pick him up later tonight for the cycle home).

Once Oliver was in the capable hands of Blue Team, Squad Two, I dashed down University Avenue to Charlottetown Vet Clinic to get dog food, then over to MacQueen’s to pick up a kick stand for my bicycle and a water bottle holder for Oliver’s. I made a final stop at Leezen to get some soap before cycling home.

The result of all this was a full tub on top of the bike trailer, that held all of this: 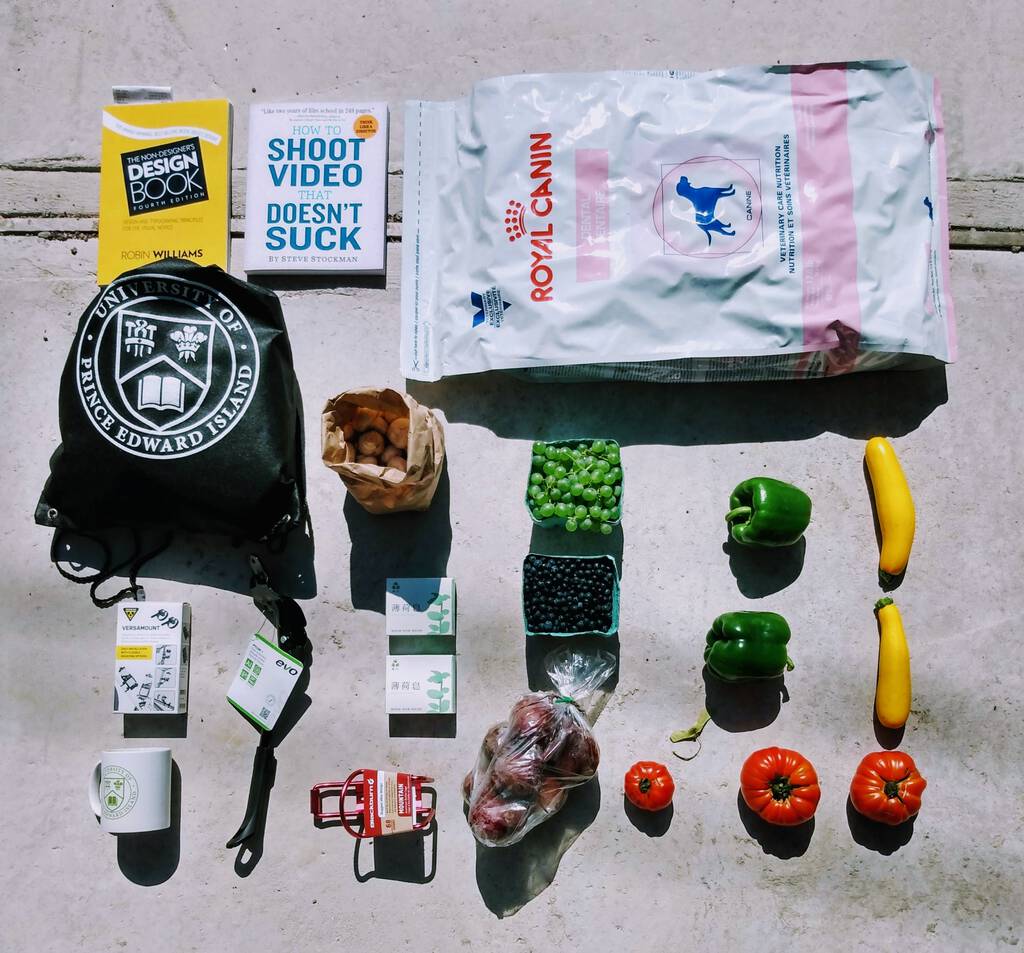 Here’s what’s in the photo, from left to right, top to bottom:

My old excuse for taking the car to the Farmers’ Market on Saturday was “well, how am I going to get everything home – I need the car for that!”

But this turns out not to be true (and we didn’t even begin to fill the basket on the back of Oliver’s bike!).

I need to get better at knolling. But I’m pretty happy with the photo, which I took on my Moto G7 Play while standing on a kitchen stepladder over the contents of the bike tub spread out on our driveway. This being Charlottetown, who should cycle by than the selfsame Erin Bateman, she of the ancestral bicycle trailer. 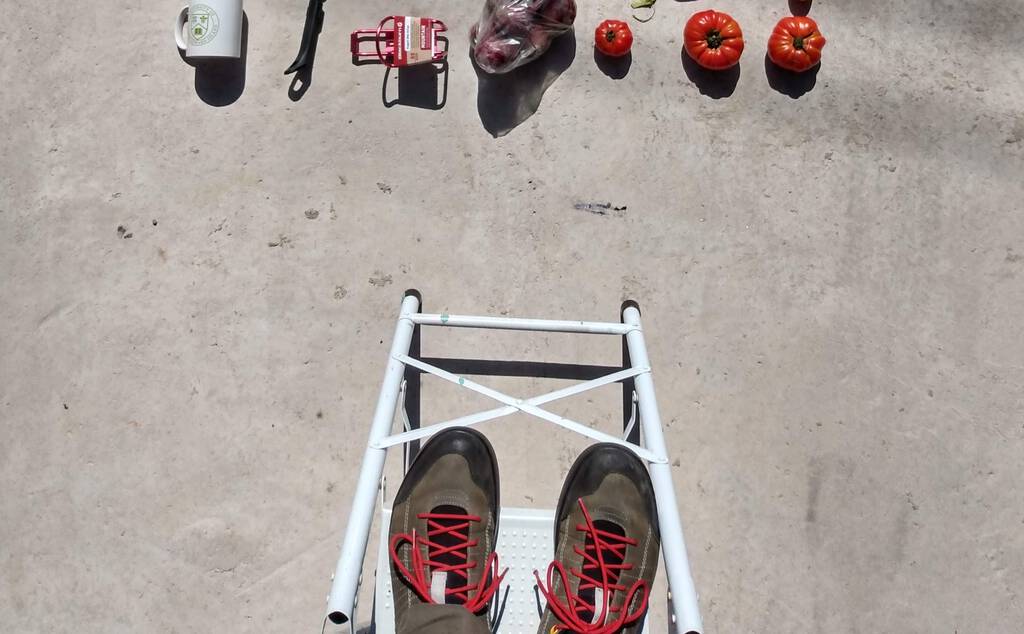