In the pantheon of Hurricane Fiona stories, I got nothing, relatively speaking, on the hardship file. Yes, my back yard lost a lot of trees, but with the help of neighbours, friends, and family, they were quickly despatched.

Being on the same circuit as the Queen Elizabeth Hospital and the Irving oil tank farm meant that restoring our power was, indirectly, a priority. As this chart from the RIPE Atlas probe in my office across the street—on the same electrical circuit—shows, we lost power at 7:00 a.m. on the September 24, 2022—the morning the hurricane was at its most intense—and it was restored at 4:00 p.m. on September 25, the next day: 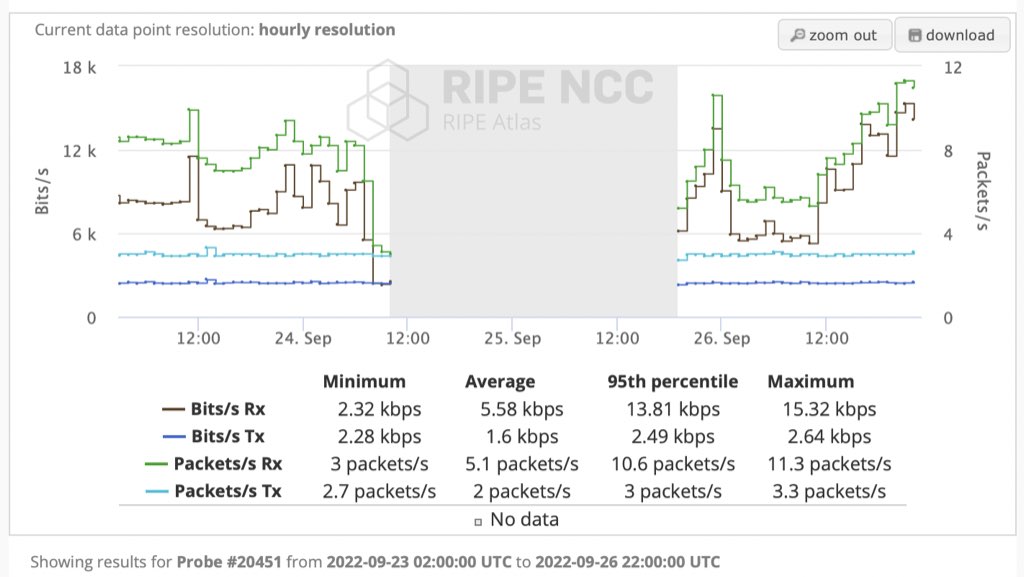 We were without power for 33 hours, a duration that, compared to what others endured, was akin to not having lost power at all.

Twenty-three days later, the Maritime Electric outage map shows 21 customers remain without electricity (I suspect that, in the annals of GIS web apps, the outage map will, for a long time, be the one that recorded the most traffic and bore the most scrutiny): 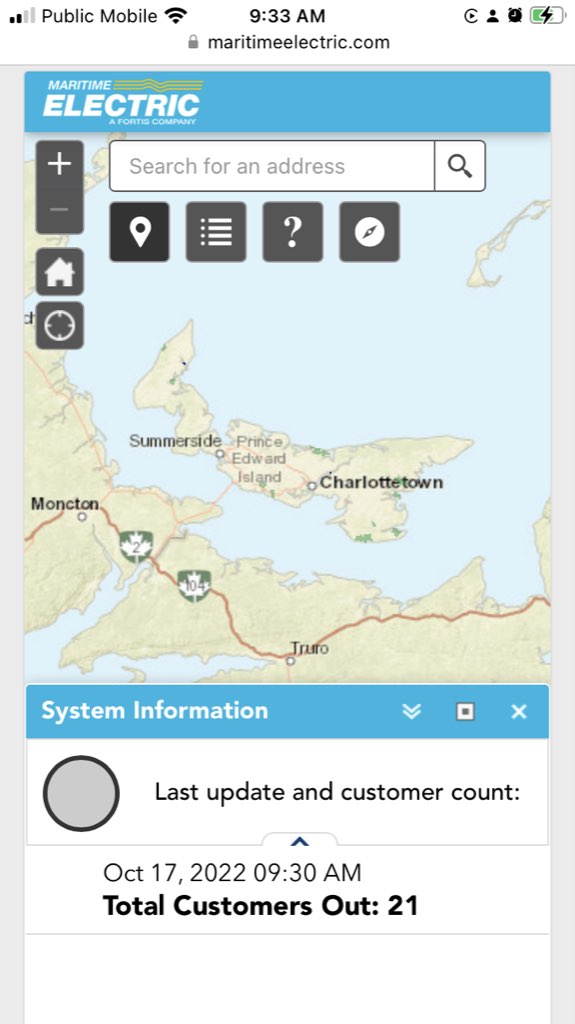 This means that, sometime soon—today? this week?—some household will be the final one to have power restored. If Premier King isn’t at their doorstep with valuable cash prizes, an Order of PEI, and the enduring thanks of a grateful province for withstanding powerlessness until the very very very end, there’s something wrong with the world.

As they say regarding real estate "location, location"; still I wouldn't trade my spot in the forest, 17 days no power but my own generator. And I never could log on to that outage map.

Maritime Electric is a private for-profit company. The premier showing up to their customers would continue a pattern of privatizing benefits and profits while socializing drawbacks and losses. The CEO should be at customers' doorstep.