A couple of months ago I related how I’d been dinged for $30.65 for two road tolls, leaving and returning to Boston, because of Hertz’s use of the extortionate PlatePass system.

To ensure this didn’t happen again, I ordered an E-ZPass transponder of my very own from the E-ZPass New York State Service Center, and it arrived in time for my trip back to New England in late August: 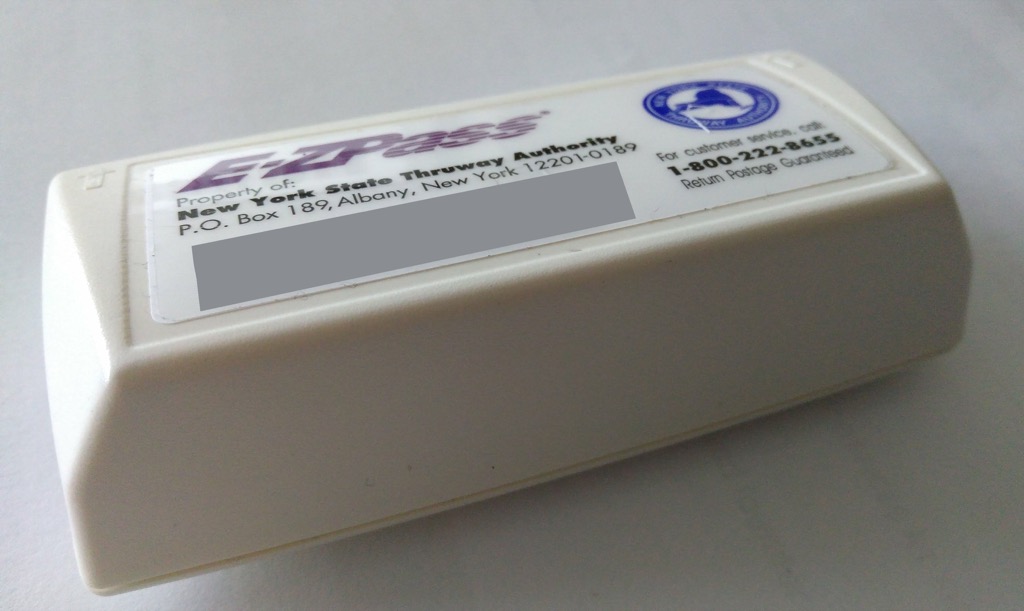 I stuck the transponder on the dash of my rented VW Jetta when I picked the car up on Boston’s Logan Airport on August 27, and I left it there until I returned the car on September 1. Today I received an email notification that my E-ZPass statement was available for download, and here’s what it looks like: 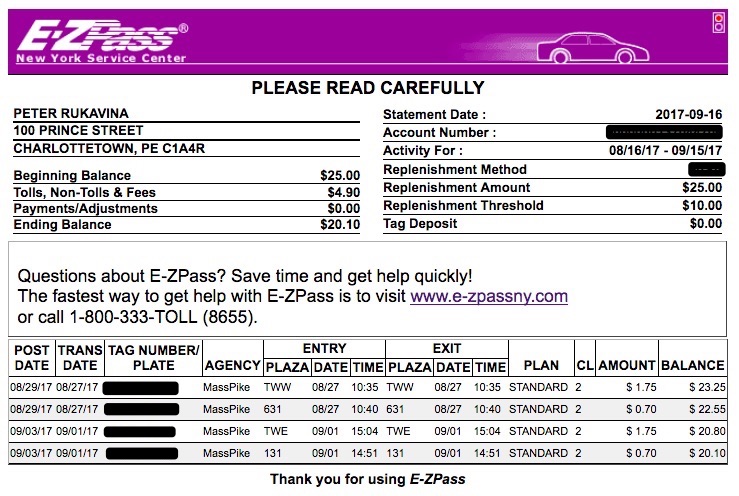 The following Friday, I did exactly the reverse trip: I was guided by Waze through Cambridge and onto the Turnpike, entering at Allston – East plaza (131), costing 70 cents, and exiting at the Ted Williams Tunnel’s east exit (TWE) where I was billed $1.75.

My E-ZPass is in my travel “go bag” now, and I’ll use it every time I travel down to Boston from here on.

I was hoping for some regional “synergy” with North American transponders, but it looks like the New York E-ZPass tag has an 11 digit number (starting with 004 or 008, e.g. 00812345678) while the Strait Pass, Halifax Macpass, Saint John H-Pass, and Cobequid Pass E-pass have 8 digit serial numbers (format: CAHD00000000) that can be associated with different accounts.

Will work for you on the Maine Turnpike and Mass.Pike (and beyond) if you ever travel that way.

I got one of those when I lived and travelled in Italy. Highways have tolls and such an electronic device allows you to pass through very quickly simply beeping once when you go through a tollgate. Wonderful device.