Longtime readers may recall that, starting three years ago, I’ve been running an AIS receiving station here in the Reinventorium in downtown Charlottetown, listening to the automated ships location broadcasts for Charlottetown Harbour and pushing the data to MarineTraffic.com.

It turns out that where ships broadcast AIS (Automatic Identification System), airplanes broadcast ADS-B (Automatic Dependent Surveillance – Broadcast) and, like AIS, these broadcasts are in the clear and can be received by any old radio capable of received on the ADS-B frequency.

Like, for example, the NooElec NESDR Nano SDR & DVB-T USB Stick that I bought for $18 last fall to support my electricity meter reading project. It was manufactured as a European digital TV receiver, but, under the hood, it’s a software-defined radio capable of receiving radio from 25MHz to 1700MHz.

What’s more, just as MarineTraffic.com aggregates AIS reports, FlightAware.com aggregates ADS-B reports, and it has a Raspberry Pi distribution that makes sending data their way as easy as burning an SD card.

So, of course, I built one. 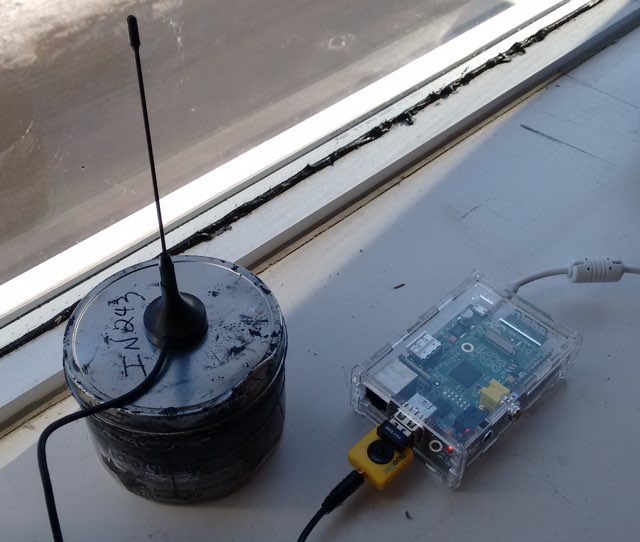 You can follow along on my FlightAware status page, which lists flights detected in various formats.

And sure enough, the system worked: here’s what Sunwing Flight 351 from Cuba to Charlottetown looked like on the local status page as it was coming in to land this afternoon just before 4:00 p.m.: 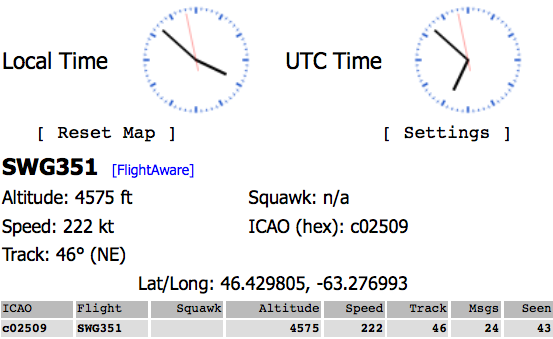 And here’s flight RRR4520 flying at 27,000 feet high above the Valleyfield Road: 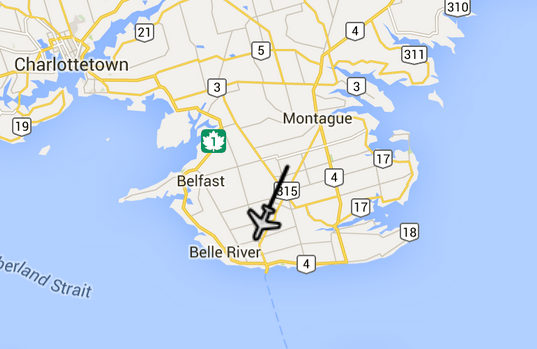 It all seems like magic. But it’s just radio waves.