When we returned from a morning out, I investigated Sweden’s replacement of its paper currency a little more, to see what my options were for exchanging my old for some new; I found this helpful answer from Sweden’s central bank:

I am a foreign citizen and I have some Swedish banknotes that has ceased to be legal tender. Where can I exchange them or redeem them?

If you are a tourist and discover that you have invalid Swedish banknotes after you have left the country, you can send them to the Riksbank, who will redeem them. The Riksbank will deposit the appropriate amount of money in your bank account (even if it is a foreign bank account). However, the Riksbank charges a fee of SEK 100 for every redemption case, so there is no point in trying to redeem less than SEK 100. 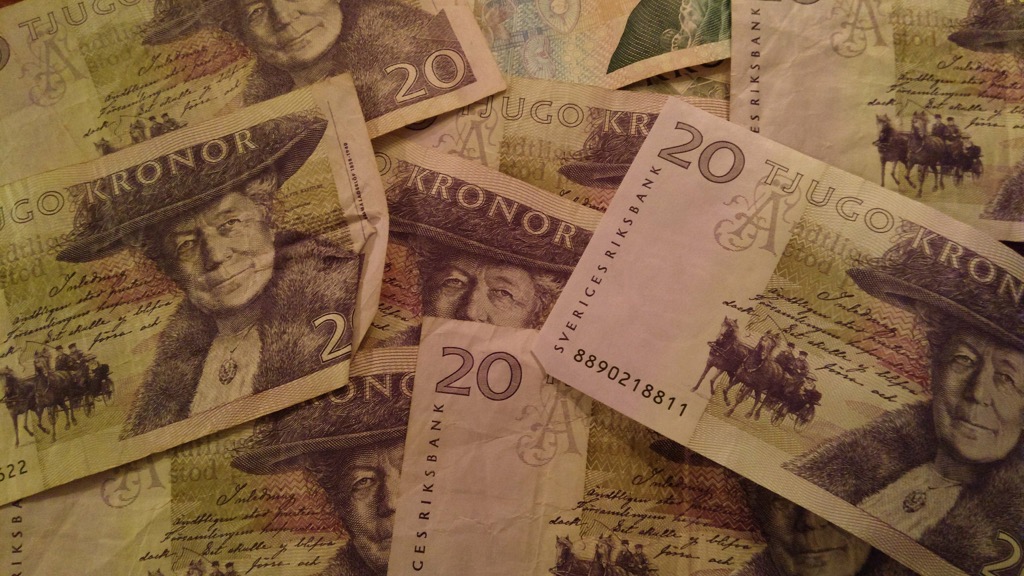 Oliver, meanwhile, was deep inside Yelp, figuring out where we should eat lunch, and decided we should go to Kao’s, a vegetarian place about 20 minutes walk from our apartment.

We made our way through Möllan toward Kao’s, passing familiar haunts (“hey, Oliver, that’s the bar where Jonas and Olle and I go at 3:00 a.m. when we’ve been out drinking”), and arriving very ready to eat.

To purchase lunch–a buffet–at Kao’s, you pay at the bar next door.

“Either now or later,” replied the barkeep.

I decided to pay in advance, lest I forget.

This was a wise move: I’d left my wallet, absent its currency, on the table in the living room of the apartment, 20 minutes walk away.

“We’ll be right back,” I told the barkeep.

My first thought was that we’d simply walk back to the apartment, retrieve my wallet, walk back to Kao’s, and enjoy lunch.

But it was hot. And we were hungry. And we were on a schedule, due to meet Olle at 4:30 p.m. at the central station.

My next thought was “hey, Oliver has a bank card; let’s find an ATM.”

We wandered around, following the architectural scent of banks, but to no avail.

“I could pay with Google Pay!”, I exclaimed.

At this point we realized that Skånetrafiken buses have free wifi on them, and it’s possible to connect while the bus is standing in front of you at a bus stop. Hilarity ensued as I tried to connect to bus wifi and Google the settings for my SIM card, all before the bus pulled away. I failed.

I was almost ready to give up, when an open wifi access point appeared on the horizon. I connected, got the Lycamobile APN settings, and got myself fully online.

Back to Kao’s. Kao’s has an old terminal that doesn’t process Google Pay.

“We could take the bus back to the apartment!”, I exclaimed.

I’d even installed the Skånetrafiken mobile app on my phone, ready for just such a situation.

And now that we had mobile data, I could buy a mobile bus ticket.

Back to the apartment on a bus that magically appeared in the right place at the right time.

Found my wallet waiting for me.

Sold Oliver on the idea of not going back to Kao’s, as, by this time, we were really hungry.

Walked to The Masala Box inside the Mitt Möllan arcade and had a delightful vegetarian lunch. 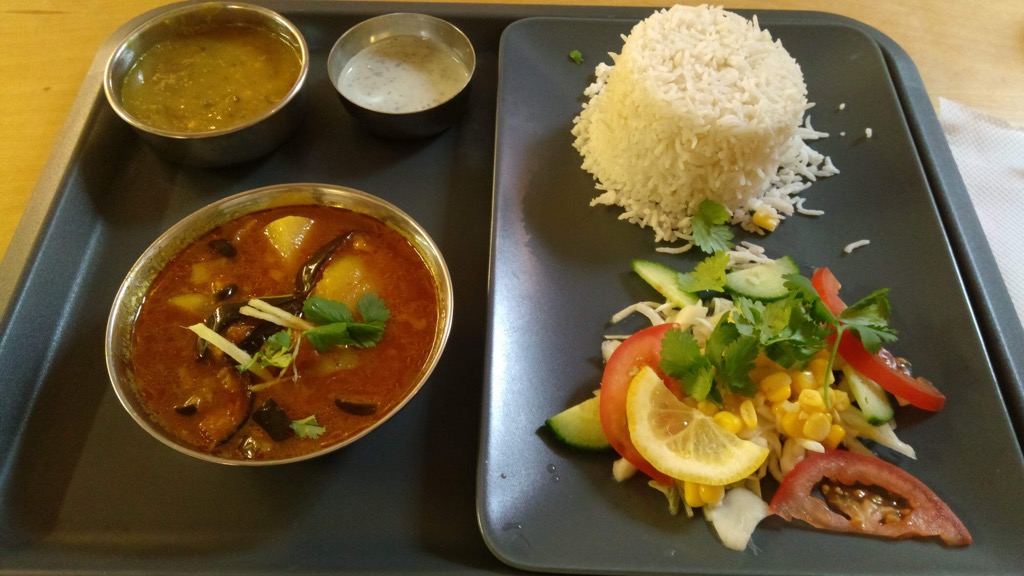 Which I paid for with my credit card.

From there the day only got better: we took the bus to the central station, rendezvoused with Olle, bought sushi for supper, took the bus to Luisa and Olle’s allotment in the near-countryside, and enjoyed a very pleasant evening in their garden, eating sushi and drinking tea. 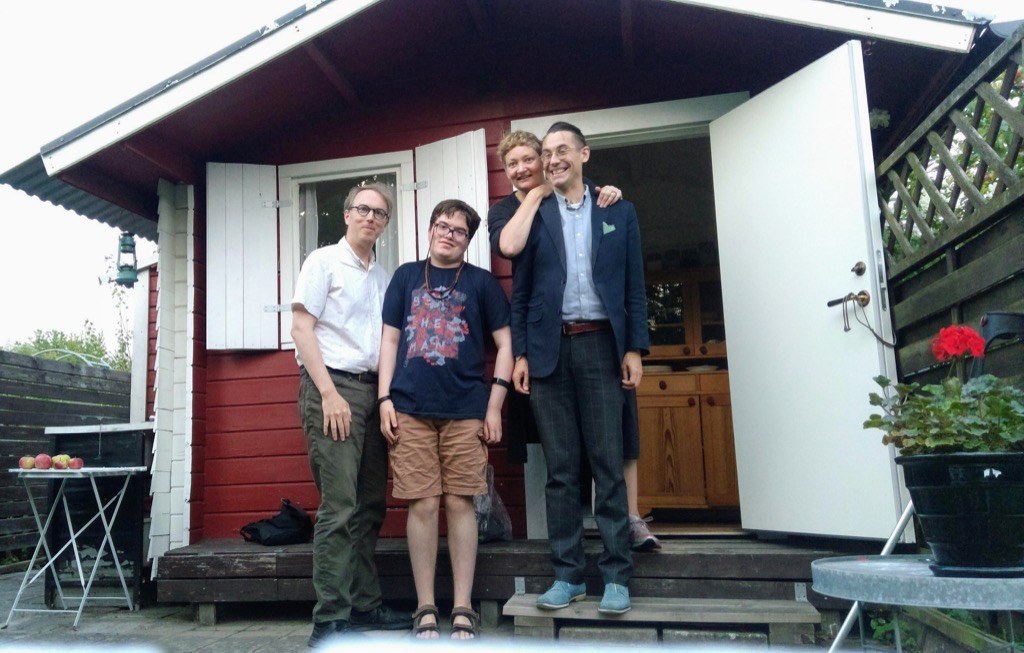 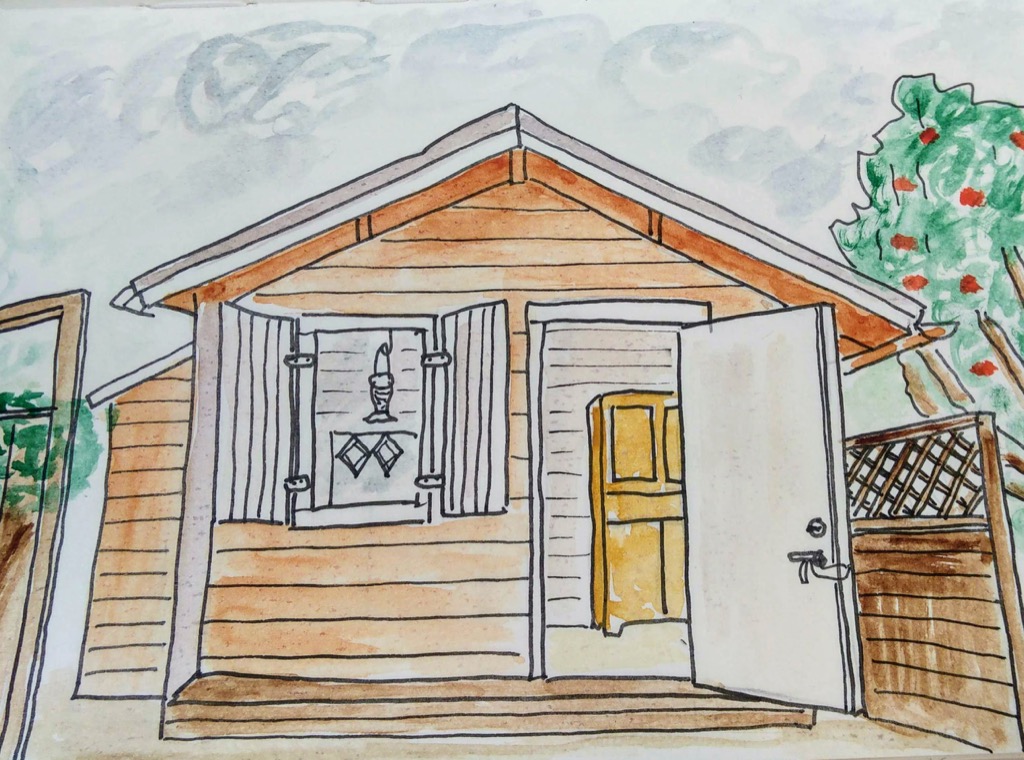 Experience has taught us that it takes the first day in a new place to get set up for paying for things, taking public transit, and making phone calls. We achieved all three, with some adventures to include in our fringe show about father-and-son travel hijinks to boot.