I was having a conversation with a colleague earlier in the month about Crapaud and its roundness and they brought up the curious situation of South Shore Villa, a community care facility in the village that, because of its position, falls across the Queens County-Prince County boundary.

I couldn’t believe that, on top of the whimsy extending from Crapaud’s circularity, there was another geographical flight of fancy in the village, but, sure enough, my colleague was correct. Looking on Geolinc Plus, the province’s property information system, you clearly see the county line (in green) running straight through the middle of property number 775072, which is South Shore Villa: 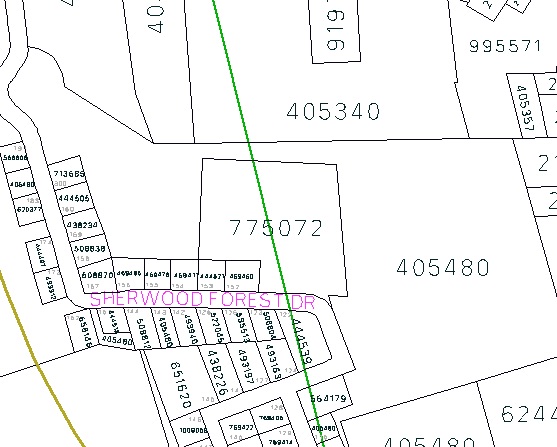 Loading up the county line boundaries and the municipal boundaries in QGIS, and underlaying them with Google’s satellite layer, shows this even more visually: the red county line is running through the middle of South Shore Villa:

The facility itself makes mention of its bifurcation on its own website (emphasis mine):

South Shore Villa opened in March 1991 under the leadership of the late Robert N. Dawson and the late Ronald P. Dawson. Built on the Prince and Queen’s County line, our locale enjoys a tranquil landscape, pristine in its beauty and spectacular surroundings.

Now you might be thinking “how much more whimsical can this situation get–surely that must be it.”

But you would be wrong, because there’s more!

Despite being inside the (round) municipal boundaries of Crapaud, which might lead you to think it should fall inside the same provincial electoral district as Crapaud, South Shore Villa, in fact, is in District 19 to the west, a jig and a jag that requires it be specifically mentioned in the description of that district’s boundaries (emphasis mine):

Here’s what this jig-jag looks like, with the electoral district boundary shown in orange: 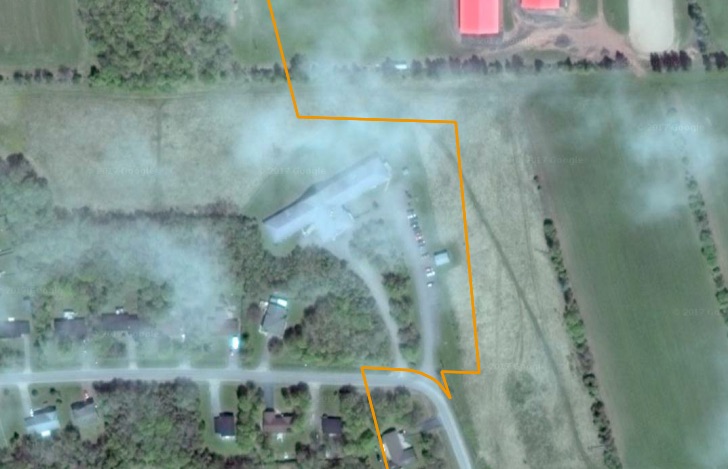 This is not a quirk of recent history: this jig and jag existed in the previous incarnation of the electoral boundaries in much the same way, and this was preserved both in the final report of the 2004 Electoral Boundaries Commission and in the Cletus Dunn rearrangement that followed from it.

Before 1996’s dramatic rearrangement of electoral boundaries, however, the boundary between 1st Queens and 4th Prince ran along the county line, as you can see on this boundaries map: 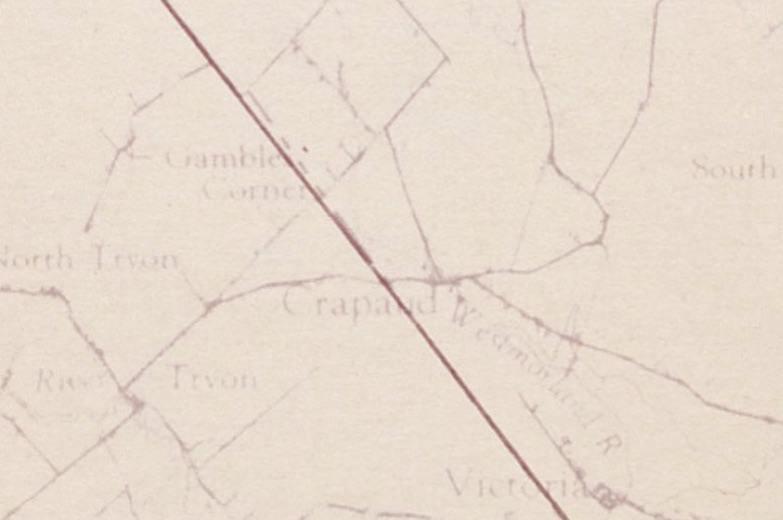 As such, from 1991 to 1996, the first 5 years of its existence, South Shore Villa was both in two counties, and in two provincial electoral districts. During that time it was represented in the Legislative Assembly by Libbe Hubley and Stavert Huestis, representing 4th Prince, and by Premier Catherine Callbeck and Marion Murphy, representing 1st Queens.

Surely all of this qualifies Crapaud as the most geographically interesting part of Prince Edward Island, doesn’t it?

And I have to imagine I’ve only begun to uncover the village’s secrets.