Oliver and I concocted a grand plan for today that involved cycling up the Confederation Trail first thing this morning to visit Brett’s coffee stand, then continuing on to rendezvous with his support worker so that he could participate in the New Student Orientation activities on the UPEI campus.

The plan was almost thrown into disarray when the forecast called for rain; we were going to have to recoil to plan B and take the bus.

But then the sun came out, and we were able to cycle after all. And it was a grand morning for cycling, with the very most faint mist in the air and the Island as green as green can possibly be.

We did, indeed, enjoy a coffee, and a hot chocolate, at Caledonia House, and walked up to campus. And Oliver went off on his own.

I walked back to the Farmers’ Market to pick up my bike, and headed back down the trail to work. By this time the forecast rain had manifested in a more serious fashion, and gentle mist became somewhat-annoying-shower. But I persevered.

As I was cycling downtown I noticed that one gift brought on by the rain was that the tracks of every bicycle riding by were in evidence, providing a kind of mud-based cycle census: 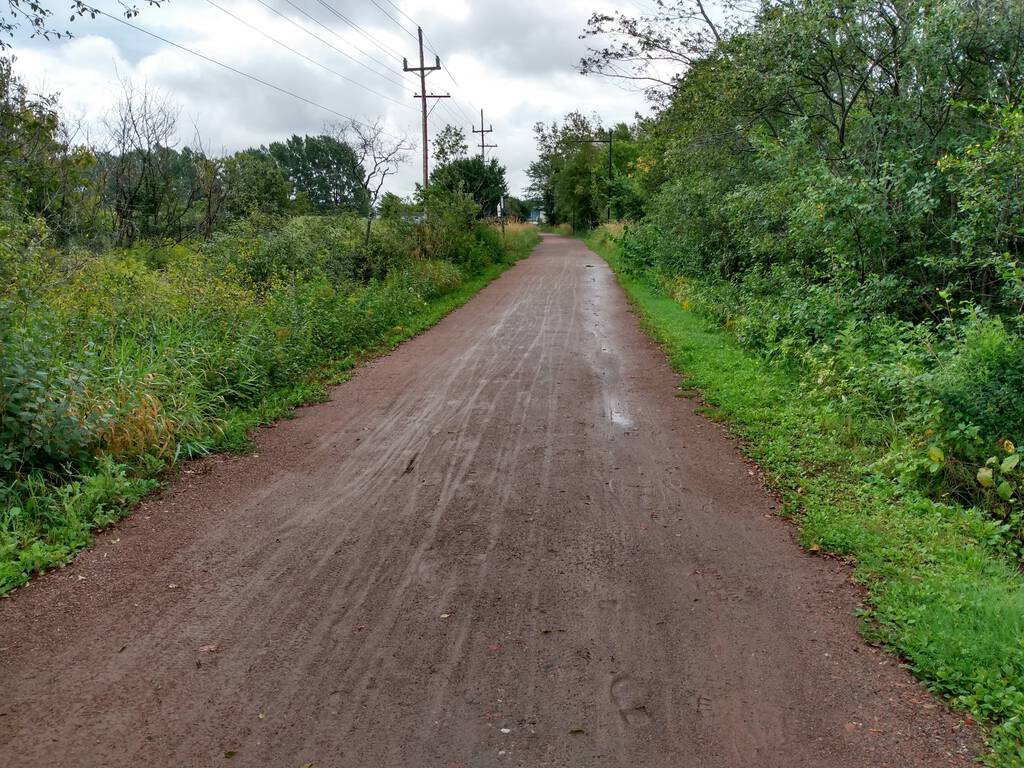 There is better census data for the trail than what gets left in the mud: the 2018 report Charlottetown’s Active Transportation Network: Downtown Connectivity & Bike/Ped Volume Information.

The study collected data at several key points along the trail for 32 hours in September 2017 and reported: