In February I reported the sad news that my friend Harold Stephens had died.

After Steve died, I made the acquaintance of Albert Podell, co-author of the book Who Needs A Road? that originally led me to Steve’s door.

A few weeks Al extended an invitation to attend a presentation he was scheduled to give to a meeting of Circumnavigators Club.

And so I found myself last night in the fascinating company of a group of people united by the fact that they’d all circumnavigated the globe. Al provided a cook’s tour of his 50+ years of travel, illustrated with selections from the thousands of photos he’s taken along the way. Good stories were told.

My desire for travel, which I thought I’d effectively sublimated, emerged. 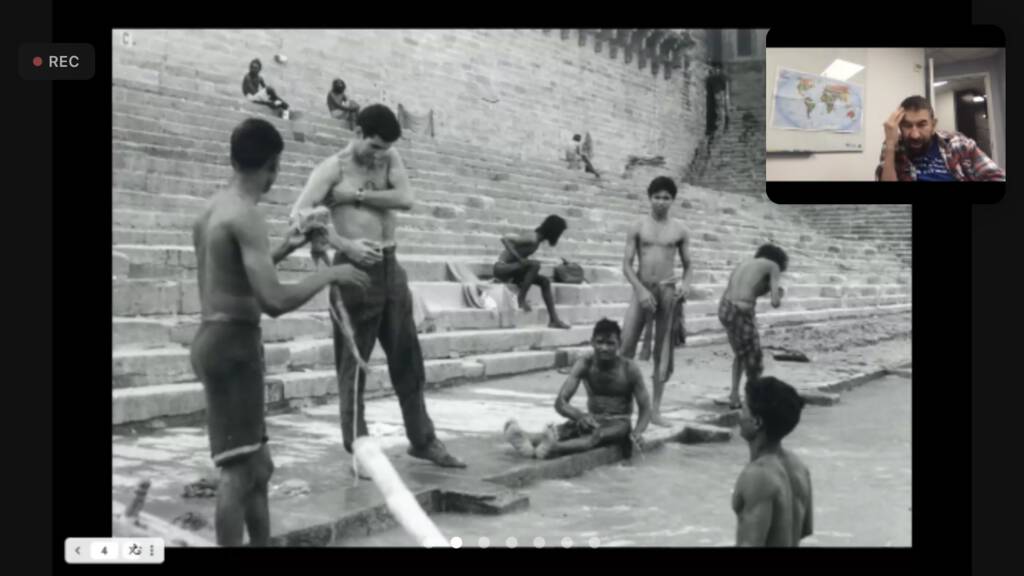 Pretty awesome how the ripples of the network connections that led to your earlier story about Steve continue to spread outwards, now have reached the circumnavigators club. In a sense your connections,stories, and friendships do much the same. You should have your own Circumnavigators Club ;)