I’m volunteering with the City of Charlottetown to create a General Transit Feed for public transit in the city.

This is an extension of work I started 10 years ago when the city first got a public transit system; I’d hoped that, in the intervening years, the schedule information would become professionalized, but that’s never happened, and we transit riders are still, all these years later, left with a complicated set of PDF files to navigate the system.

Because I’d already started the task of representing public transit routes in OpenStreetMap, it made sense to use that as the repository for the route and stop geography, so over the past few days I’ve worked to complete the job, representing all of the city routes – the main routes 1, 2, 3 along with the Winsloe/Airport Collector and the Community Bus – on the map. You can see the result below, or, on a slippy map, on the excellent ÖPNVKarte rendering (the “Transport” layer of OpenStreetMap itself should be updated within the next 24 hours).

The job was not without its challenges; the T3 Transit maps are not very granular, and it’s likely there’s some fine-tuning needed for the more complicated bits. I’ll have to ride the QEH & East Collector bus because there actually isn’t a map of that route at all, anywhere. It’s also somewhat confounding that some of the bus routes have numbers, others have names, and some have conflicting names (the schedule is labelled “Winsloe/Airport Collector” while the buses on that route are labelled “North Collector”).

My next task is to work on the feed: I’m using Drupal for that, building out the GTFS data model in Drupal content types with hopes that it can become a more generally useful tool for maintaining such feeds for small transit operators. Once I’ve got it working, I’ll publish the results.

And once everything’s worked out, I’ll send the feed, with the City’s cooperation, to Google and others that will read it.

Meaning that, sometime this winter, you should be able to use Google Maps to navigate Charlottetown by bus. 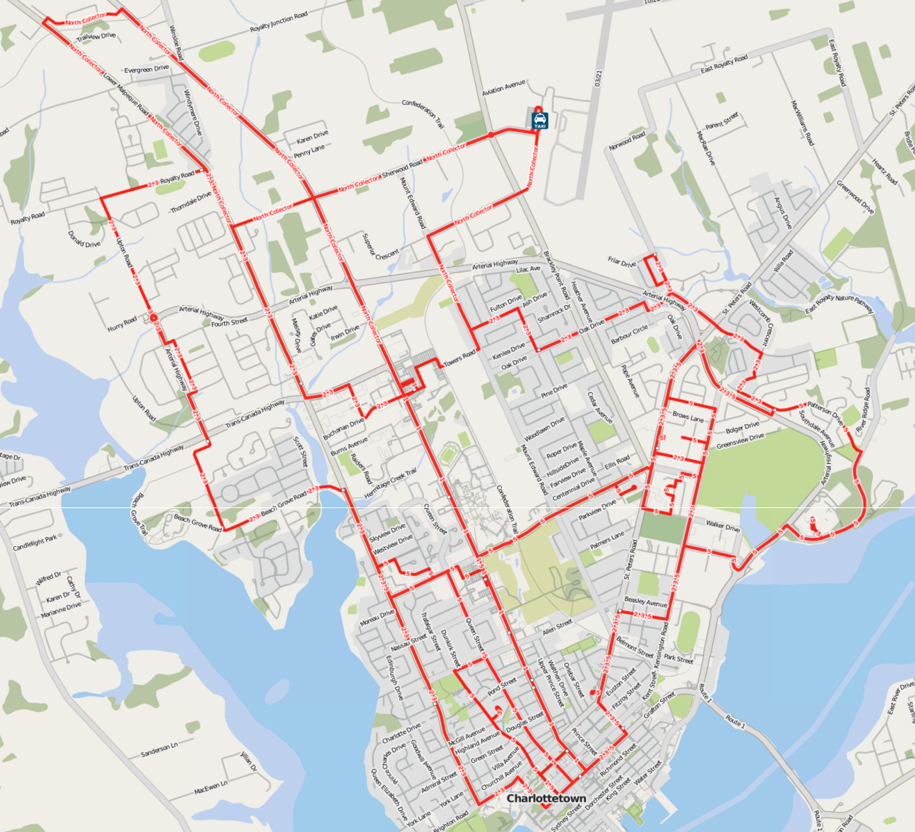 I'd love to see what you come up with in regards to the Drupal management of a GTFS feed. I'm actually looking at starting a similar project but I'm completely new to both GTFS and Drupal!!