Five years ago I spent each Tuesday in August here in Berlin – just up the street from where I type this, in fact – conceiving, designing, setting and printing a letterpress broadside. It was tremendous creative fun: having only 8 hours for the entire process focused my mind in a way that it hasn’t been focused since.

The manager of the print studio at Druckwerkstatt, where I was printing, was a man named Frank, who I introduced here at the time like this:

Fortunately at this point Frank turned up. Frank is the amiable manager of the print studio, and he sprang into action suggesting that although it would be nigh unto impossible to set smaller metal type, we could use the partially-functioning proof press – a Grafix-brand press and operates much like a Vandercook – with larger wooden type, manually inked with a brayer, to get me going (he also referred me to the neighbourhood Linotype shop; is there nothing that Kreuzberg cannot provide?).

Frank couldn’t tell me exactly where the Linotype shop was – “somewhere on Weiner Strasse” was the best he could do – and I never did find it.

On this trip I’m staying in the same neighbourhood, and I set out on Monday afternoon down Weiner Strasse to see if I could solve that problem And, sure enough, after 5 minutes I found this: 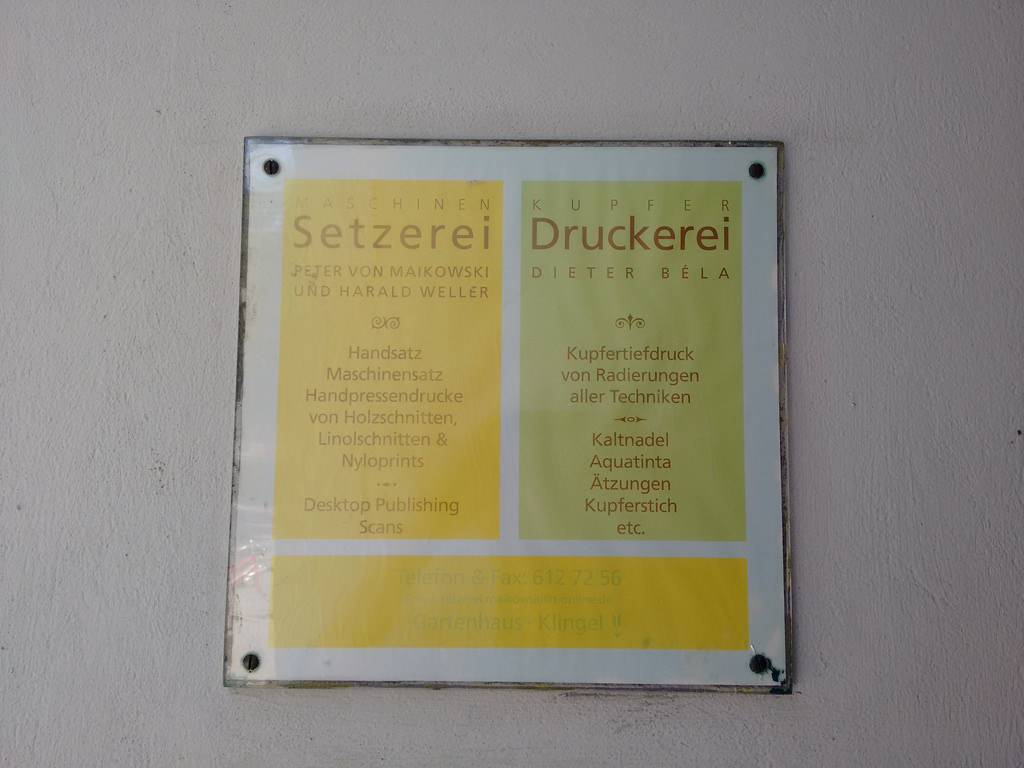 I copied down the email address and telephone and when I returned to my flat I sent a note of inquiry, a note that ultimately resulted in an invitation to visit the shop this morning.

And so shortly after 9:30 I headed through the front building: 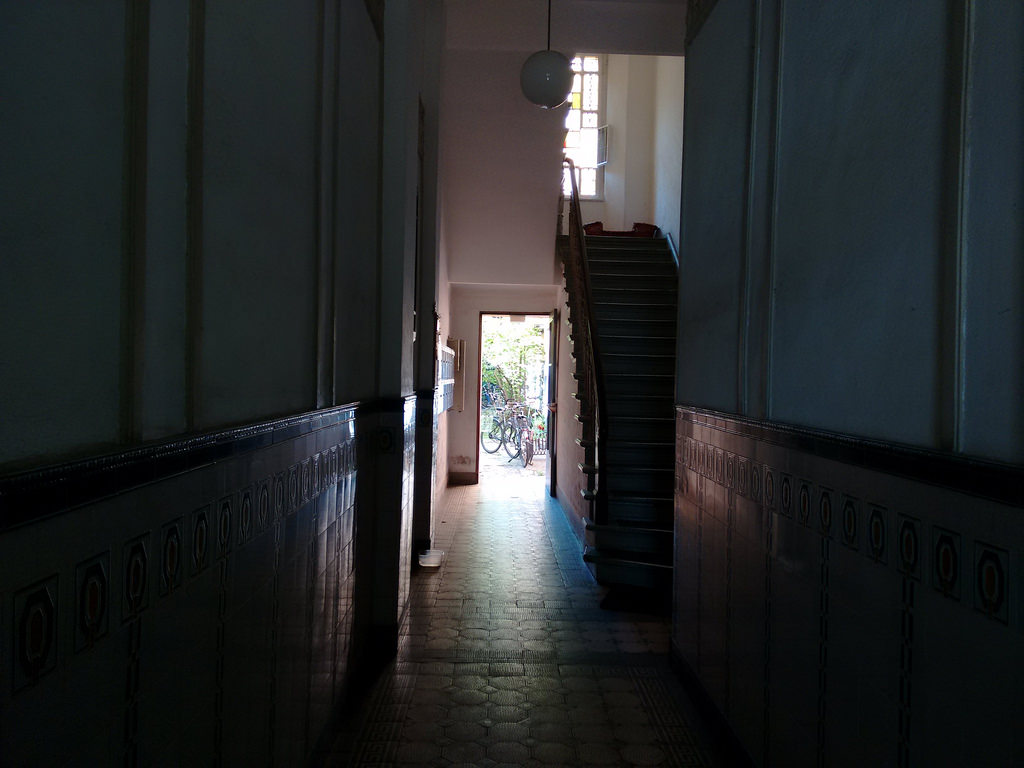 and into the courtyard: 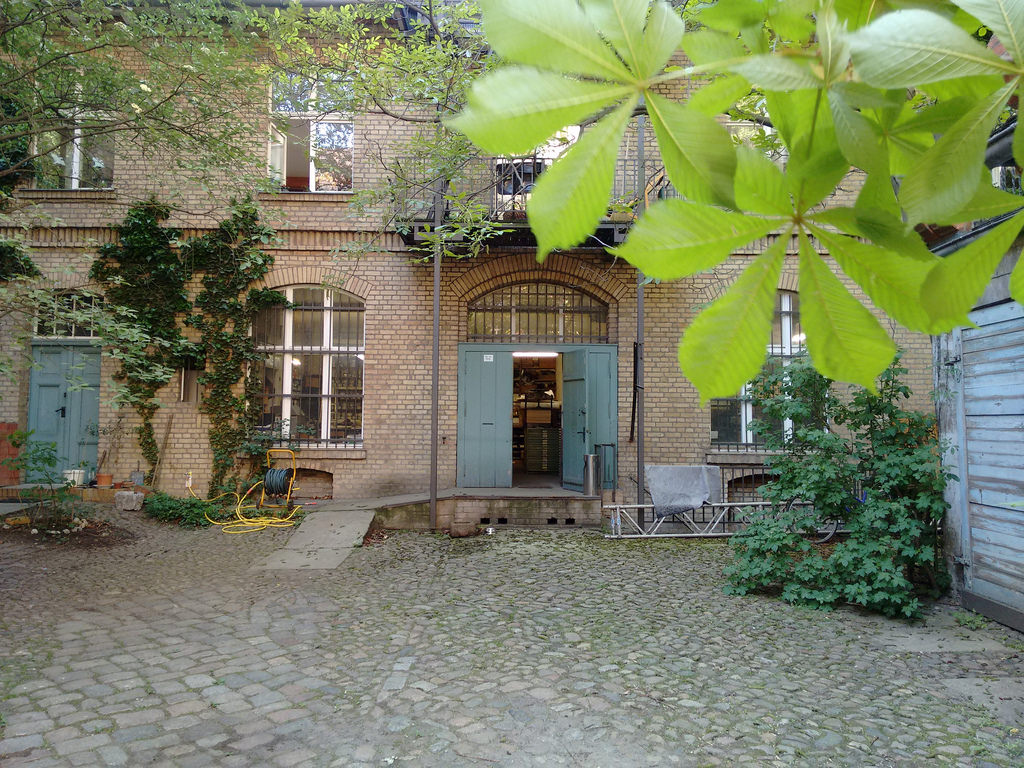 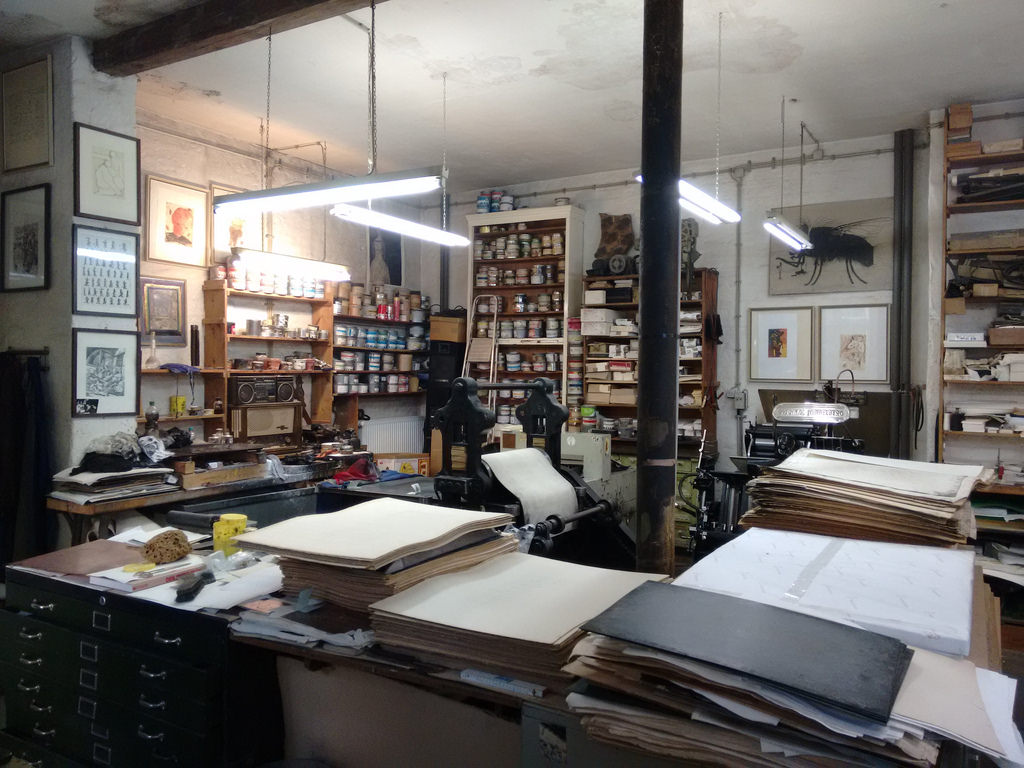 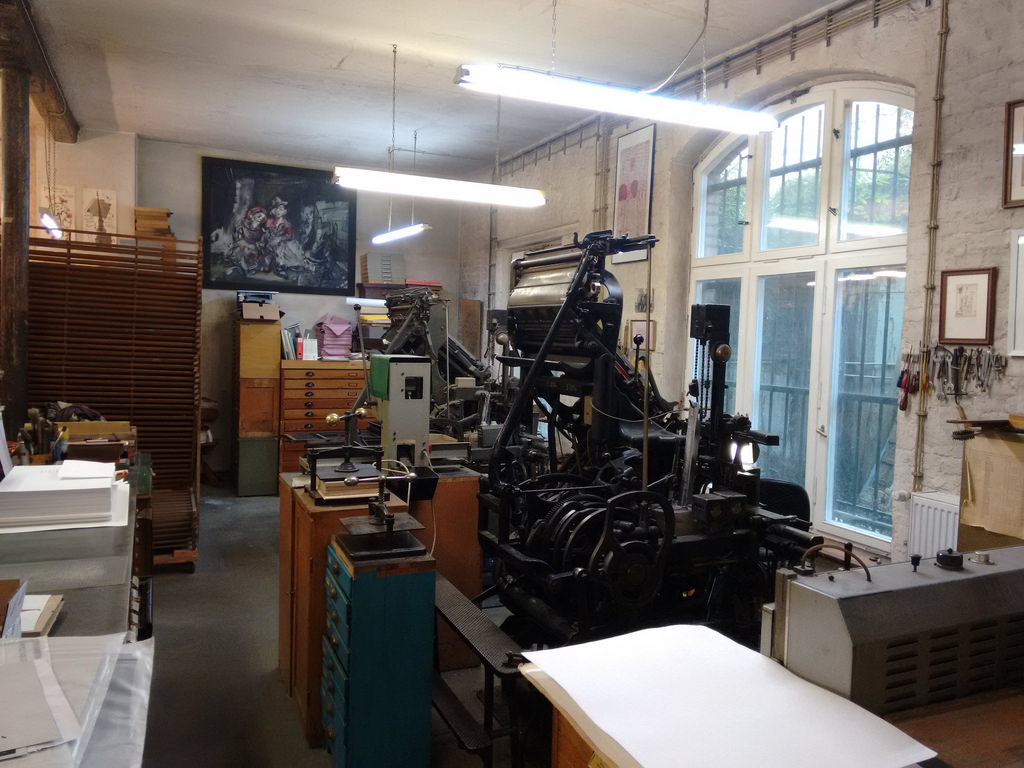 Harald greeted me warmly at the door, and gave me a tour of his shop — two Linotype machines, a Heidelberg letterpress, an etching press, a plate maker – and showed me some of the beautiful work the shop has produced (their specialty is art books).

We ended up chatting about type and printing and related matters for a bit, and the topic of klischees came up (printing plates of ornamental material like logos and illustrations). I mentioned the large collection that Ian Scott loaned me, and how I needed to organize them better, perhaps producing some sort of index. At which point Harald pulled a book off the shelf showing me that he had done exactly that for his own collection: 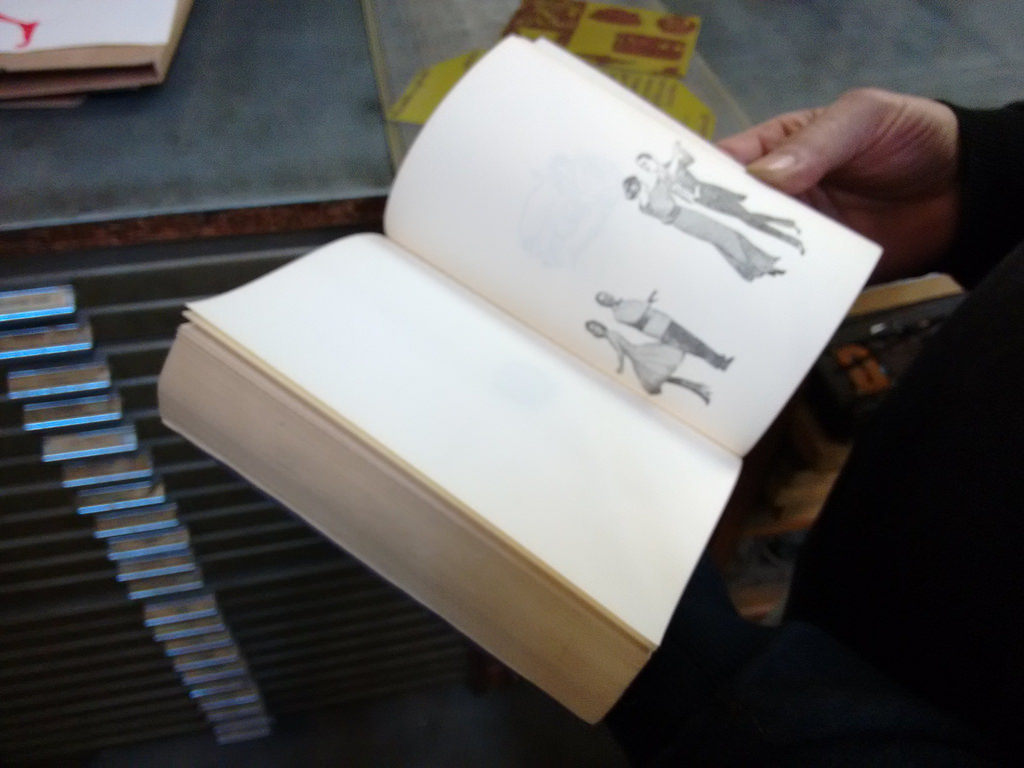 I am now inspired to return to my shop and do the same, especially as Ian has continued to feed the collection and I’ve supplemented it myself, to the point where I may have two or three hundred examples to index.

It was a lovely visit, especially as it was yet another node in a long journey that started with my trip to the Cognitive Cities conference in February 2011, after which followed a casual mention by my friend Luisa about a print shop she noticed out of the corner of her eye, which led me to a plan to spend part of that summer in the city, spending Tuesdays printing, which led me to Frank, which led me to seek out Harald, finding him five years later (and, full circle, I first met Peter Bihr, in whose flat I type this, at Cognitive Cities).

Hi Peter, thanks for nice words and photos. Next time you're in Berlin I will take some more time.