So I’ve become slightly obsessed with with the world of flight planning and trans-oceanic air travel: it’s a new puzzle to solve, and it involves things flying over my house on the way to far-off lands. What’s not to love? 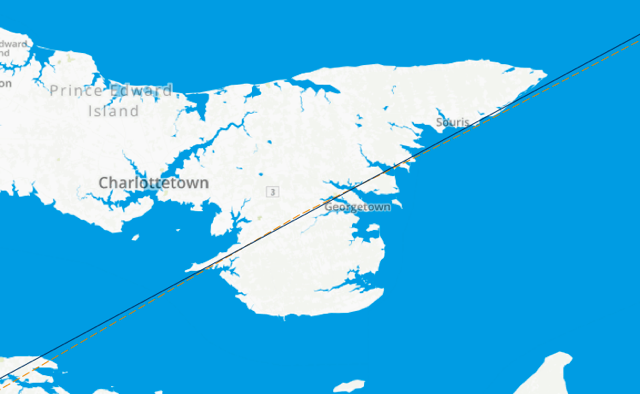 Looking up flight EIN138 in FlightAware provides a lot of interesting information about the flight, including a section labeled “Route” in a box on the right: 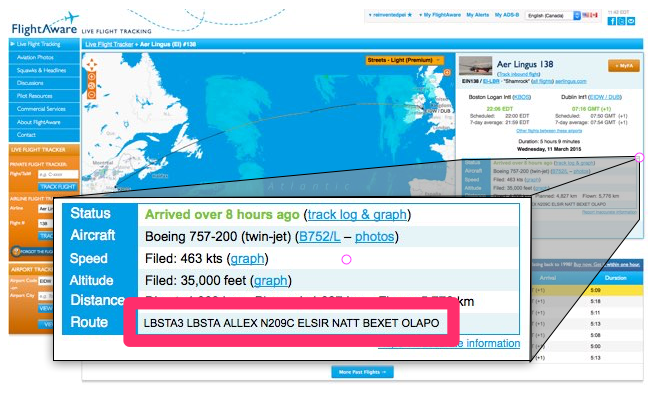 The route information is a series of “waypoints” – aeronautical bread crumbs, if you will – that EIN138 was to follow as it made its way from Boston to Dublin:

There is, oddly, no comprehensive database of these waypoints: there was a public resource called DAFIF, but it went dark in 2006, apparently amidst copyright concerns from Australia.

But there remain some web-based, if not open, data sources, that offer an incomplete way of looking up these waypoint codes, the most slick of which is Skyvector.com. You can simply paste the waypoints from FlightAware into Skyvector and it will, to the best of its ability, “connect the dots” (of the waypoints it knows about) and show you the flight plan on a map: 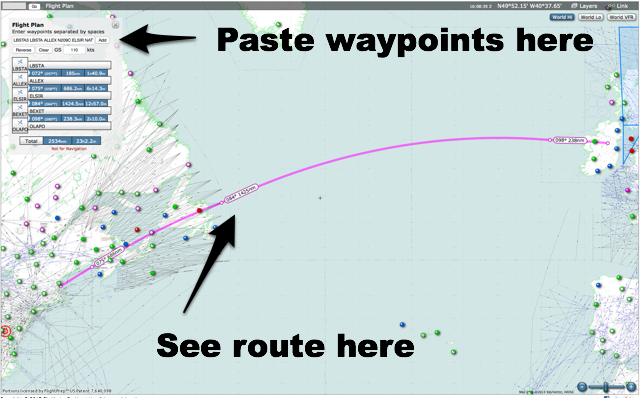 What’s most interesting, for my Prince Edward Island-focused purposes here, are two of those waypoints, ALLEX and ELSIR. 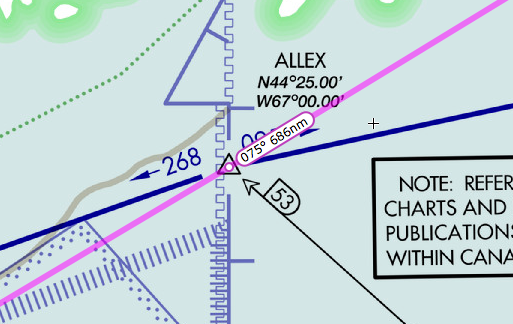 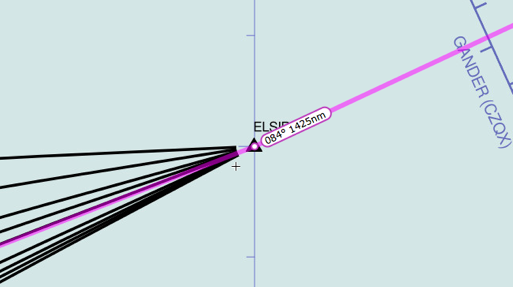 Running between ALLEX and ELSIR is a line that happens to be labeled N209C (which also appears in the flight plan in FlightAware): 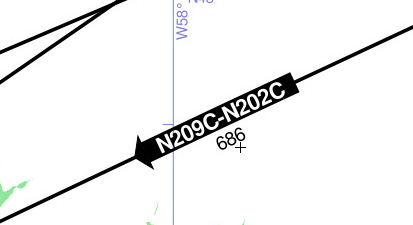 And N209C, because it connects ALLEX and ELSIR, runs directly over eastern Prince Edward Island:

All of which means, I’m assuming, that if you see ALLEX N209C ELSIR in a flight plan, it means that the plane in question will be flying over eastern Prince Edward Island.

One point: If you watch flights on Flightaware, you will see that they often don't actually fly all segments of a flight-planned route, and so they will often 'miss' navigation aids and waypoints on such a segment. This is because it is quite routine to be cleared 'present position direct' to points farther along. It happens just to save the flight time. Also, during convective weather, it often happens that a flight deviates to avoid thunderstorms that are showing up on the airplane's weather radar.

Came across your post trying to find out just where in the world ELSIR is located. I became hooked on this amazing diversion after reading "Skyfaring" by Vanhoenacker. I expect I'm not the only one. Enjoyed your post. All good wishes from Orlando, Fl. - Alan