When Oliver and I were in Wolfsburg in 2010, we visited Phaeno, the excellent science museum. One of the exhibits there was an “age machine” that would snap a photo of you and apply an algorithm that would project your appearance in the future; it’s a technology that’s now reached our phones via FaceApp.

This photo, by Daniel Burka, featured in this photo montage of silverorange’s 20th anniversary, looks like I’ve been through the age machine filter, but it’s really just the way I look at age 53 (Oliver’s youthful countenance beside me only serves to accentuate my oldness) . 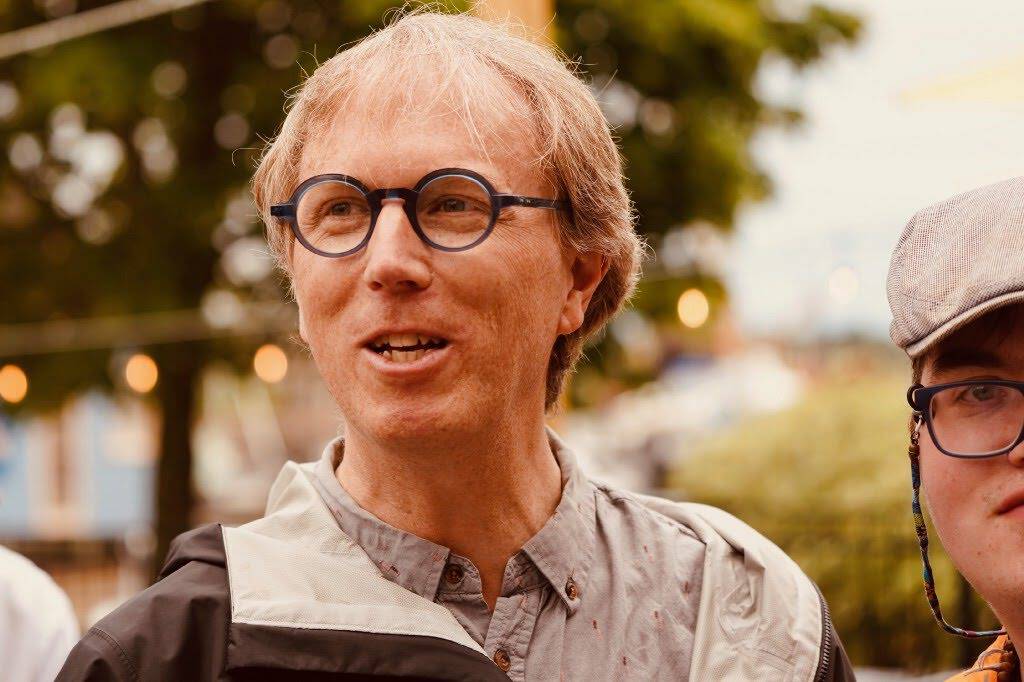 My father and I look nothing at all alike, but I realize, looking at this photo, that the topography of our aging is similar. I can also see hints of my mother, and of my grandparents, on both sides.

Life itself is the ultimate age machine, so perhaps rather than recognizing my actual ancestors, all I’m really seeing is getting older as it’s universally expressed.