While waiting for the Ethernet jack to go live in my office on campus (which it has, now), I’ve been working from my downtown office, doing some more experimenting with the IndoorOSM tagging scheme for OpenStreetMap, work I started last week. Along the way I’ve taken a short detour to look at BuildingLayer, a purpose-built web-based indoor mapping tool built on top of OpenStreetMap. BuildingLayer shows some promise, as it shelters the user from the complexities (and the flexibilities) of the standalone JOSM editor; it’s not ready for primetime, and it’s not currently possible to use it to edit indoor mapping data that will become part of the OpenStreetMap base layer, but I’ll keep an eye out as it matures.

In the meantime, I’ve been trying my hand at mapping the interior spaces of Robertson Library. I’ve become much more comfortable with using JOSM – a much improved tool since I first used it in its much-earlier incarnations – and I’ve got it pretty well tuned now. My first task was to georeference the PDF map of the main level, and then to use that to improve the existing building shape of the l library on the OpenStreetMap base layer; this transformed a simple polygon that looked like this: 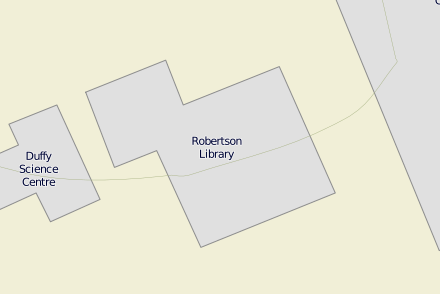 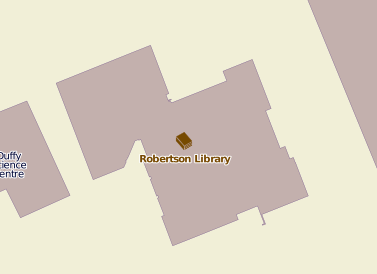 I also took the opportunity to enhance the OpenStreetMap tagging for the building itself:

With this more-accurate building shape in place, and the floor plan georeferenced under it, I was set up to start drawing rooms: 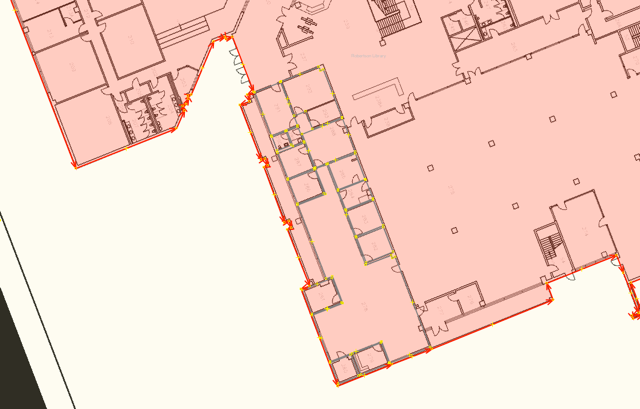 Looking at other similar projects, like the excellent work in this University of Heidelberg project, it seemed like the best approach to take for drawing room shapes was to draw discrete “ways” for each room inside the building polygon itself, rather than trying to latch on to and extend the building “way” itself, so that’s what I did, beginning with the administrative areas on the main level: 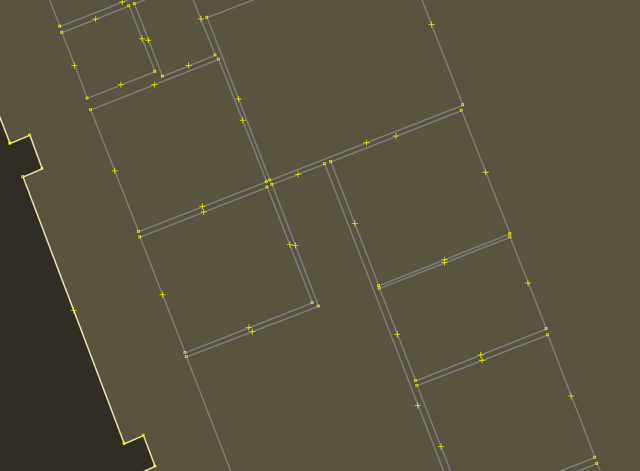 When I was finished with this area, I had this: 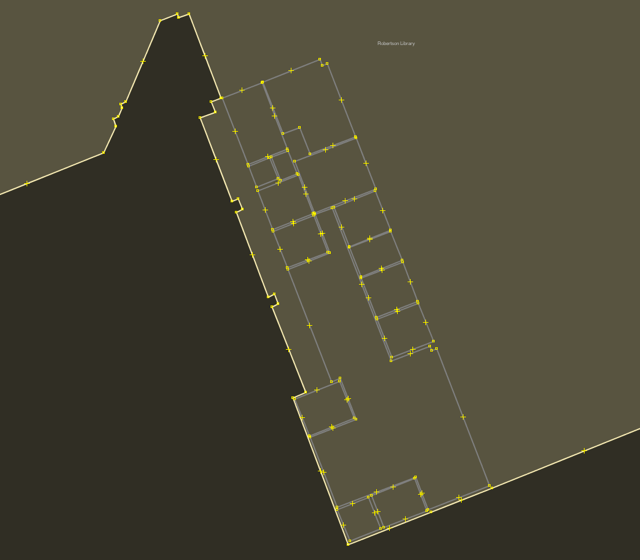 I’ve now uploaded all of the detail to OpenStreetMap, meaning that if you edit the UPEI campus in the web-based Potlatch editor you’ll see the shapes I created, and the associated tags: 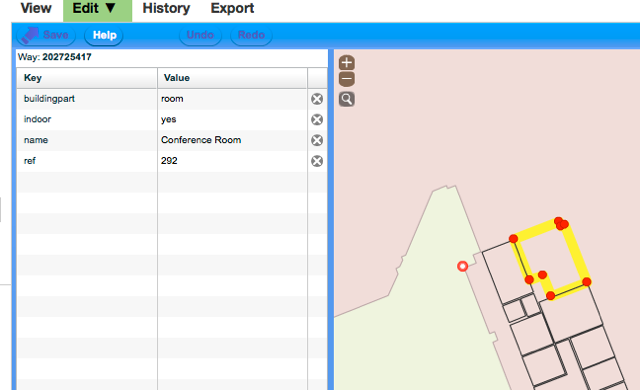 There’s still a lot of the library left to map, and issues about corridors, doorways and windows and how to properly tag them, but I think I’ve found a good model for proceeding.