My grandmother, born Natalia Potjahailo and known after she was married as Nettie Rukavina, was born in Fort William, Ontario in 1915. As a child she played in a mandolin orchestra; here she is, sitting beside her cousin Stella at the left end of the first row, in an undated photo from that time: 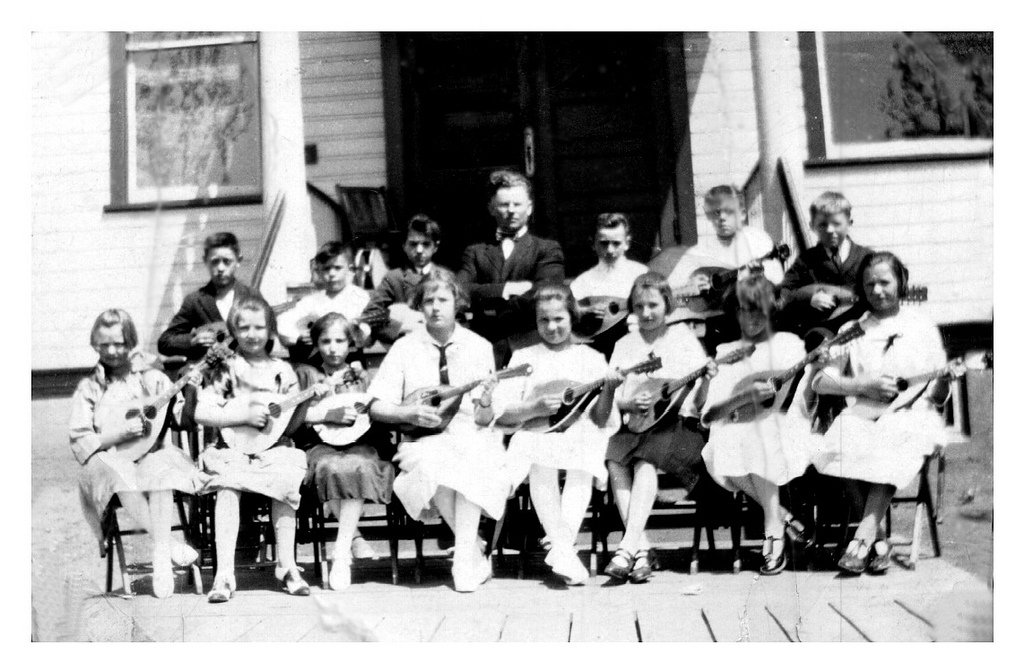 Many years later, at 80 years old, she was still playing the mandolin. In 1995 my brothers and I gave our parents a large glass jar containing sand from the four corner of the country we then called home (our sand came from Victoria, PEI, gathered on the car right off the Island toward Ontario). My brother Steve captured the preparation and unveiling of that present in video, and he used a duet of my father on guitar and my grandmother on mandolin as the soundtrack 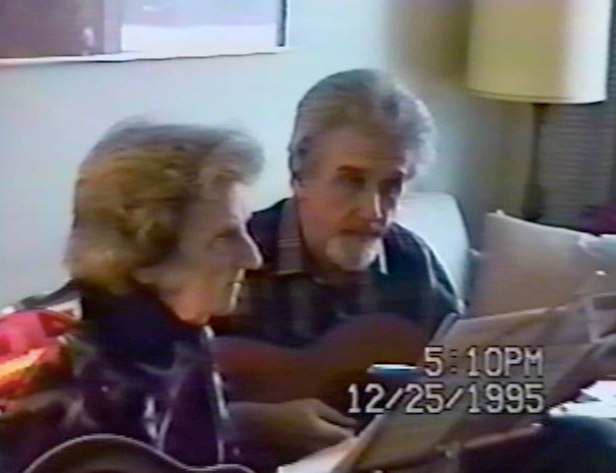