One of the innovations here at Robertson Library that I most appreciate is that there’s a coffee shop right in the library lobby. At Samuel’s (named for the library’s namesake Samuel Napier Robertson) one can get a bagel, a sandwich, a cup of tea of coffee, or, much to my surprise this afternoon, sushi. If you know anything about library administration, you can only imagine the heated debates that must have taken place leading up to the establishing Samuel’s – indeed the library needed to rewrite its own Food and Drink/Noise Policy (note, however, the boldfacing of  “is permitted on a limited basis,” and the specific prohibition of “smelly or messy foods”).

One thing you cannot get at Samuel’s, however – nor, indeed, anywhere on the University of PEI campus – are espresso-based beverages. In all the myriad food service outlets on campus there is nary a one that offers a cappuccino, a macchiato or an espresso. This has always struck me as absurd, given the centrality of the espresso to academic study. There is, however, faint hope on the horizon.

It turns out that Justin Ford, Head Chef at UPEI is the same Justin who used to serve me a cappuccino every morning at Casa Mia Café in downtown Charlottetown when he was chef there. Justin knows his espresso, and so I thought an appeal to him might be in order, so when I began my term here in the library I dropped him a line; I heard back shortly from one of his staff that, in fact, plans were already underway:

Currently there is no espresso machine on campus, but we have one on order with Vanhoutte, it will be put in Samuels sometime next month.

And, sure enough, when I stopped by Samuel’s this afternoon for lunch I saw a new piece of equipment installed on the counter: 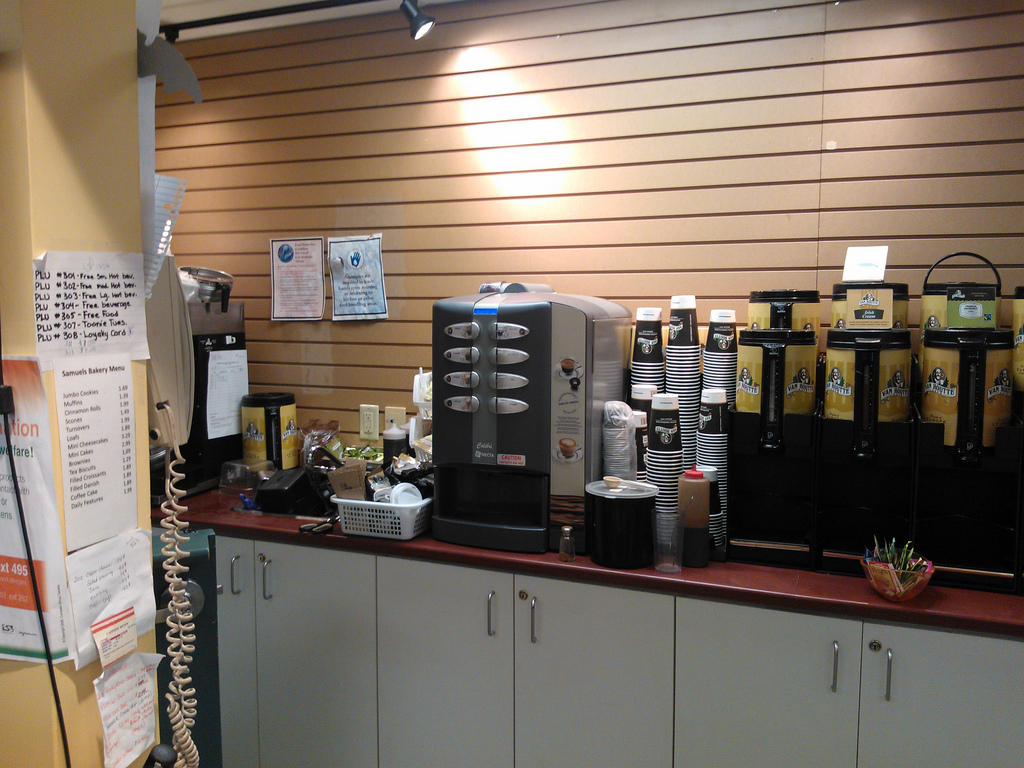 It’s a Necta-brand Colibri model automatic machine. It’s hard to tell whether it’s a Colibri Instant or a Colibri Espresso, although the selections on the front suggest that it’s the later, which is a good sign, as it means that it’s a “bean to cup” model rather than an “instant cappuccino mix” model.