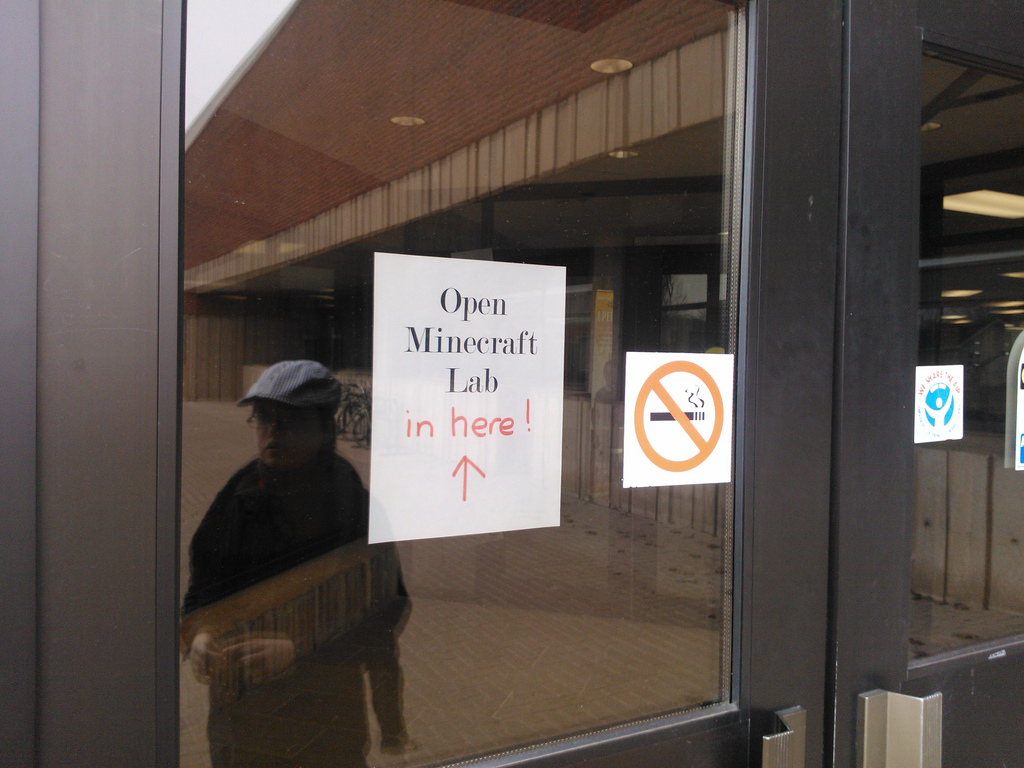 Registration went pretty much as it had for the previous week: it filled up quickly, and was relatively problem-free. As the week drew to a close I received a few emailed cancellations, and these opened up spots for new registrations. When this happened I immediately opened up the new spots, tweeted their availability, and sent an email to anyone who had emailed me asking to be notified if spots opened up; generally these were snapped up within an hour.

Once the morning lab filled up, I arranged to open a second time slot in the afternoon, and this too quickly filled up.  We left 90 minutes between the two labs so volunteers could grab lunch and so we could clean up the lab: the first lab ran from 10:00 a.m. to Noon and the second one from 1:30 p.m. to 3:30 p.m. In both cases, participants started showing up about 30 minutes early, which we’d planned for, and which allowed more time to get everyone up and running with Minecraft, so this turned out to be a good thing.

There were more girls for this week’s sessions: I don’t have an accurate count because the registration form only had space for a single name, but my best guess is that we had about 10% girls and 90% boys who attended.

There were 49 workstations in total between the two labs; in both sessions the Mac lab (with its better screens, better chairs, better mice) filled up completely. In the morning session there were about 6 empty PCs left unused; in the afternoon session every PC was used and we probably could have used a few more; the difference was simply more parents who decided to play in the afternoon.

We had more parents dive in and play this time, ranging from “okay, I’ll give it a try” parents, who played for 10 minutes, to parents who came with their own Minecraft accounts and played for the entire two hours.

I had planned to set up a MinecraftEdu server in “Tutorial World” mode to let parents completely new to Minecraft get a gentle introduction, and, in retrospect, I wish I had done this, as there were some parents who might have been more engaged if they’d had a basic introduction. It would have also helped to have a volunteer “parent concierge” to greet parents, tell them about the opportunity to play, and so on. I was able to do some of this myself, but when things got busy I got pulled away to solve technical issues and I didn’t get to meet everyone. 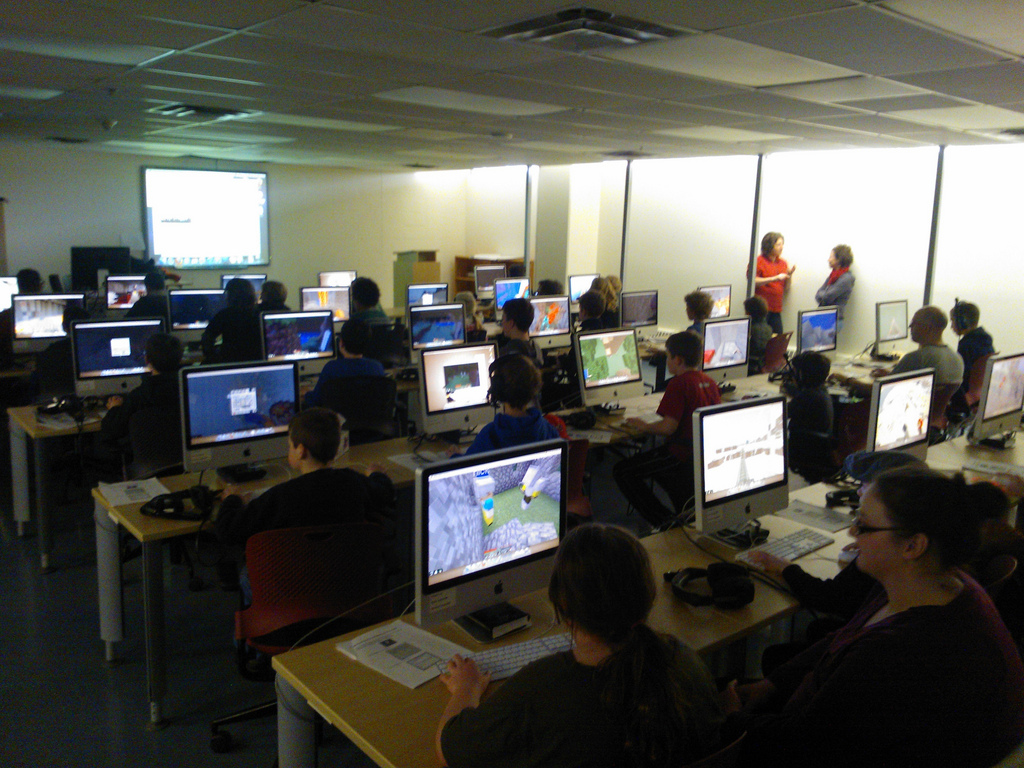 Having learned that some people like to play Minecraft in “Survival” mode and others in “Creative” mode, we set up two MinecraftEdu servers from the very beginning this week, and posted their respective IP addresses on the whiteboards in the labs. Interestingly, the morning and afternoon sessions were the opposite: in the morning it was mostly creative mode players, whereas in the afternoon in was mostly survival mode.

Run Your Own Server

About half-way through each session I interrupted the players and offered to show them how to run their own Minecraft servers if they wanted. This was easy to roll out because there’s a single installer package for both client and server: it has the option of installing the server if a checkbox is checked. Generally it took less than 5 minutes to get a player rolled out with their own server, and we had 4 or 5 people doing this, usually hosting a group of half a dozen or fewer friends on their servers. The Macs seemed more than capable of running both server and client at the same time. 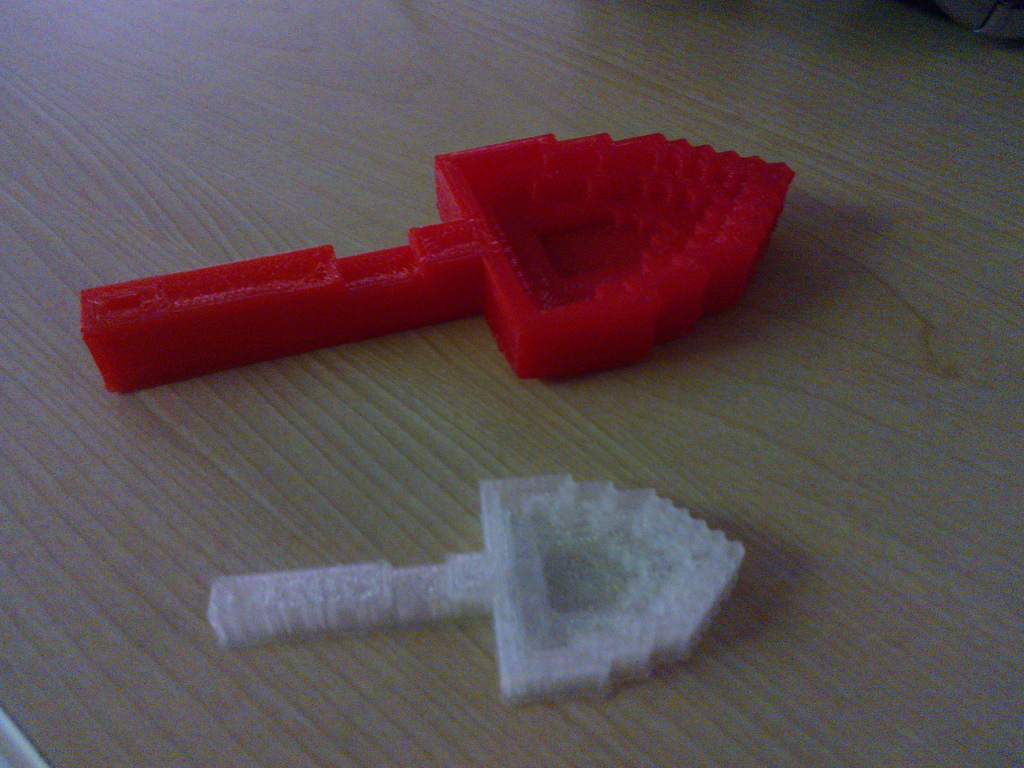 Don was around the library for the morning lab, and offered to show the 3D printer off to anyone who wanted to see it. A huge crowd descended on Don’s office – perhaps 20 of the participants and more than a few parents – and there was a lot of interest in both Printcraft and 3D printing. 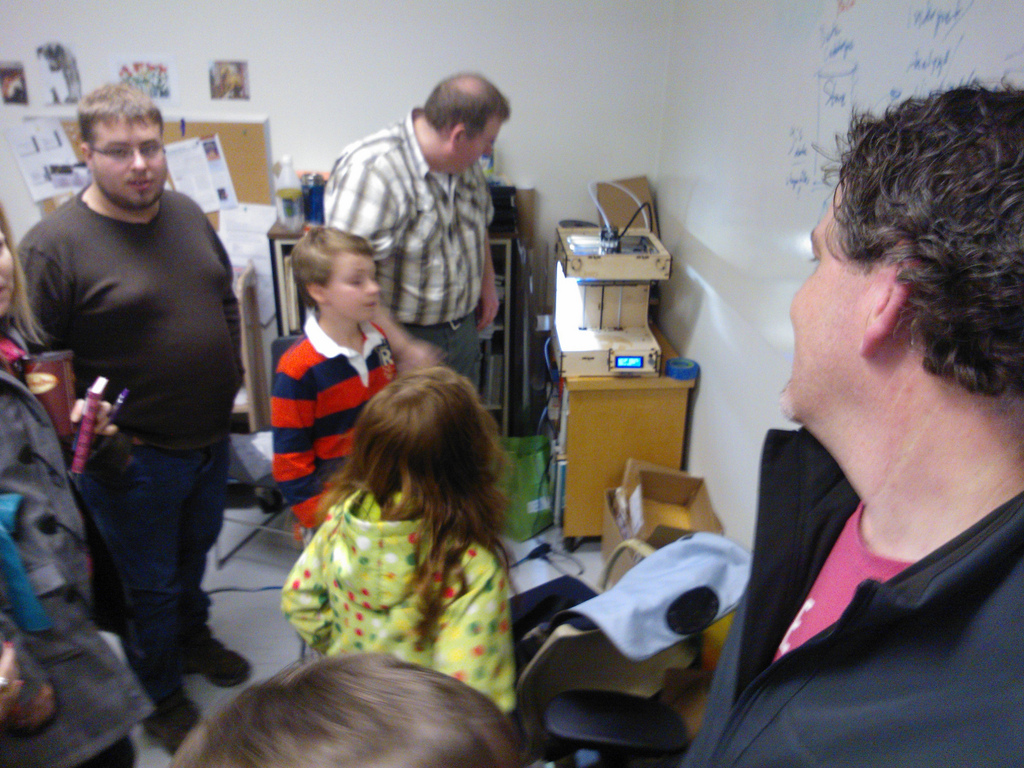 We had more players, so more technical issues, this weekend than last.

On the software side it tended to be players who lost their ability to create or destroy. Sometimes this could be traced back to an accidental re-assignment of the Minecraft controls; in other cases no cause could be found and the only solution was to restart their game.

Hardware-wise the only issue was headsets. In the PC lab there were no headsets, and therefore no call for them; in the Mac lab their are heavy headsets designed for the language lab, and in two or three cases these were missing or broken. For those that requested I was able to quickly solve this by checking out analog headsets from the circulation desk in the library which has a fleet of about a dozen for patrons to use in the library.

Unlike the first week, we had no complaints about “griefers” at all; I think this was due to two reasons. First, we purposefully disabled TNT and fire from both servers, and so provided no opportunity for the “let’s blow everything up” fest that happened the week before. Second, by giving players the chance to run their own servers, we created a “release valve” for any situations that might have arisen otherwise. And, of course, we may have simply ended up with a more genteel crowd this week than last.

We had a huge boost this week from Nicholas MacDonald, a graduating UPEI Computer Science student in the Video Gaming Specialization who volunteered for both the morning and afternoon sessions. Not only did Nick take over the operation of the servers, making sure they were tuned properly and not too loaded, but he was also a fantastic helper for those who ran into problems, both hardware and software. This left me free to step back and observe a little more, and even to play some Minecraft myself.

We had 120 players through Open Minecraft Lab over two weekends, and I know anecdotally that there are more who wanted to attend and couldn’t. So the interest is there.

Other than the time to run the labs itself, it takes an hour or two of time during the registration period the week before to handle emails related to registration, deal with cancellations and so on, so it’s not a huge time commitment to run the lab. Promotion was through Twitter, Google+, Facebook and, mostly, through the school and friend grapevine of the players themselves.

Robertson Library seems happy to have the lab used, and the hardware setup and the support there is fantastic, so if we want to repeat the lab, or make it a regular thing, there’s certainly the venue to do it at. The library, however, is closed on Saturdays until the fall, so Saturday mornings will no longer be available.

I’m going to think about “where to from here,” and ask those who attended the first round via email, to gauge whether this is something we should end here or keep going.