TL;DR The Confederation Trail passes through 47 (of 67) township lots and 2 (of 3) royalties on Prince Edward Island.

I demonstrated the WhatsMyLot.com open web app this morning at a media launch for a “Walk-a-Lot” project, and I met a public servant who works with the Confederation Trail afterwards. As we chatted it occured to me to wonder how many Samuel Holland Township Lots the Confederation Trail passes through. And so I decided to try to find out.

I loaded both into QGIS, an open source GIS application.

Before I went any further I had to change the coordinate reference system (CRS) on the Township Lots layer to match the Confederation Trail; I right-clicked on the layer in QGIS and selected Save As… 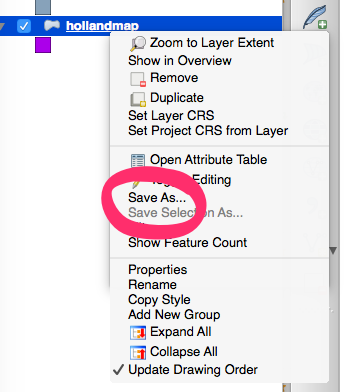 and then set the CRS field by clicking on Browse: 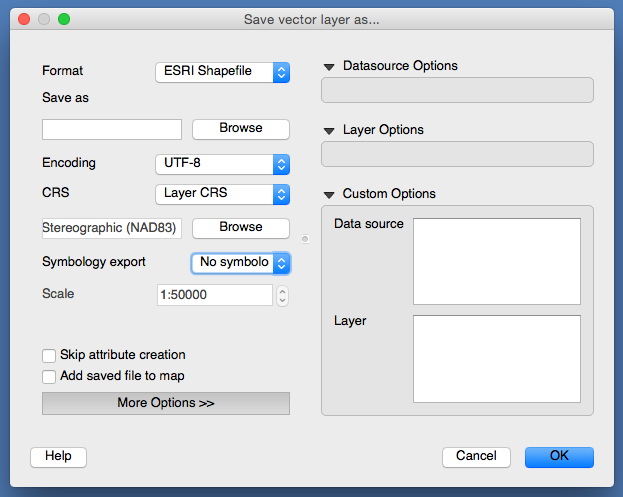 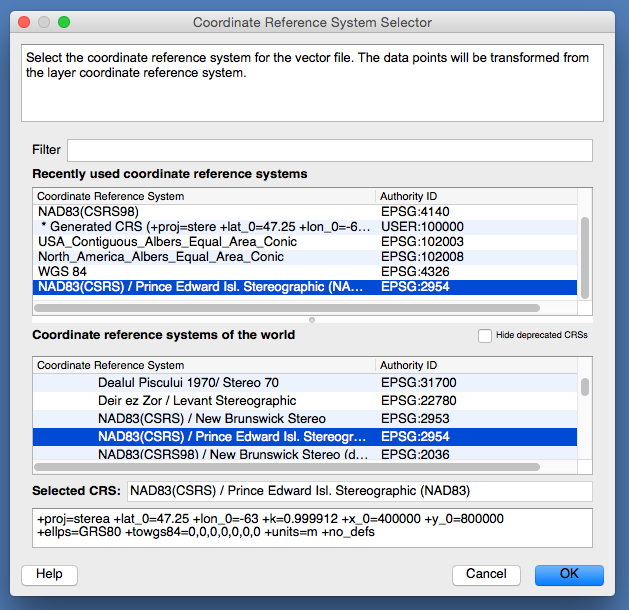 Finally, I selected Vector > Analysis Tools > Points in Polygon and selected the Township Lots map as the “polygon vector layer” and the “Confed_Invent_2006” layer as the “point vector layer”, and selected a new Shapefile – intersect.shp – to save the result in: 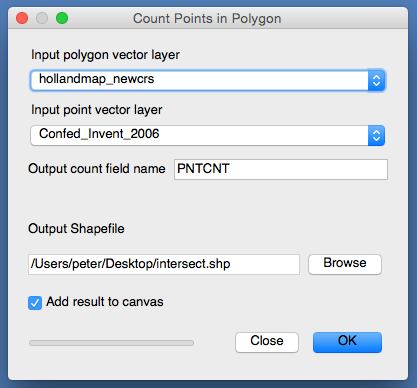 After 30 seconds or so, the new layer was added to the map; to see the results I right-clicked on the new layer and selected Open Attribute Table: 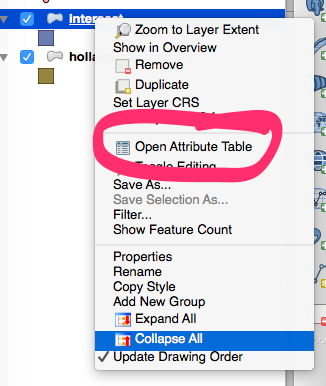 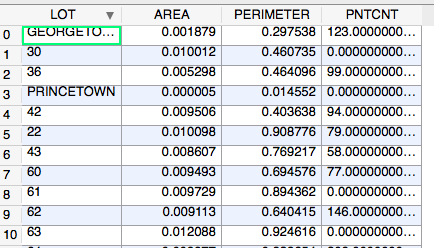 Counting the lots and royalties with a PNTCNT value of more than zero told me the number of lots (47 of 67) and royalities (2 of 3) that the Confederation Trail passes through.

Note that the “Confederation Trail Inventory” layer that’s available from the province is 9 years out of date, and does not include the new spurs from Stratford to the east, so it’s likely that the true number of lots is closer to 50.

Here’s what the resulting map of Prince Edward Island looks like, with the lots and royalties through which the trail passes highlighted in blue: 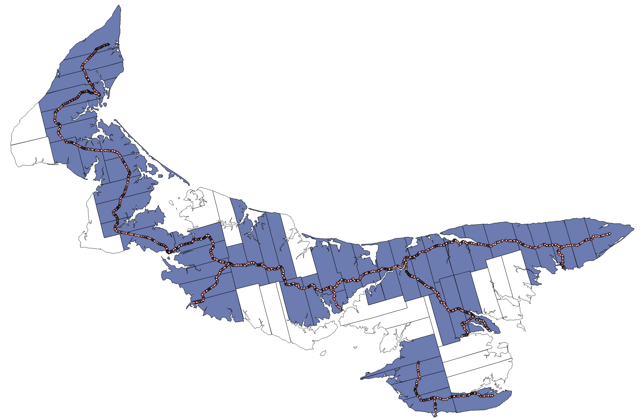