Here are the steps I took to install Node-RED on my Raspberry Pi B, and then to wire it up to a DHT22 humidity and temperature sensor to log the conditions in my office.  It’s based on my work last year using Node-RED to log electricity and water consumption data.

First, I wired up the DHT22 on a breadboard connected to my Raspberry Pi’s GPIO port by ribbon cable, using the helpful Adafruit guide here. The result looked like this: 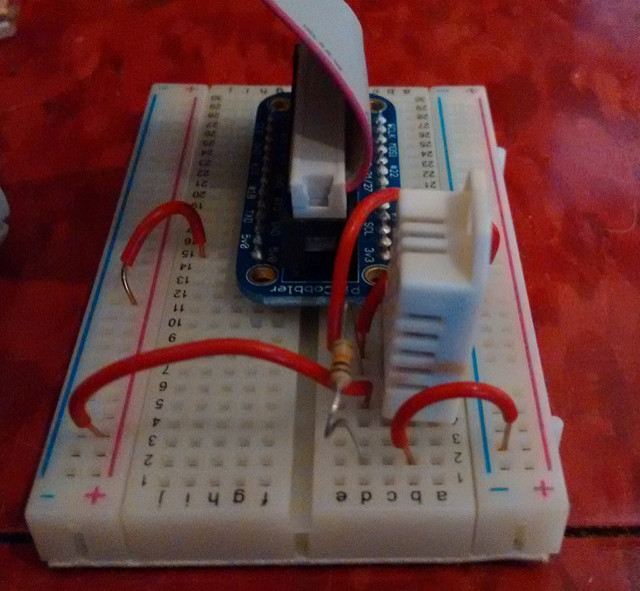 Next, I installed Node and Node-RED, as detailed here:

Next, I installed DHT22 support for Node-RED, first installing the bcm2835 library:

I then started up Node-RED:

I was then able to see Node-RED from a browser at http://hostname-or-ip-address:1880/

I created a Node-RED workflow to read the temperature and humidity every 5 minutes and upload it to a PHP script on my webserver that squirrels it away in a MySQL database: 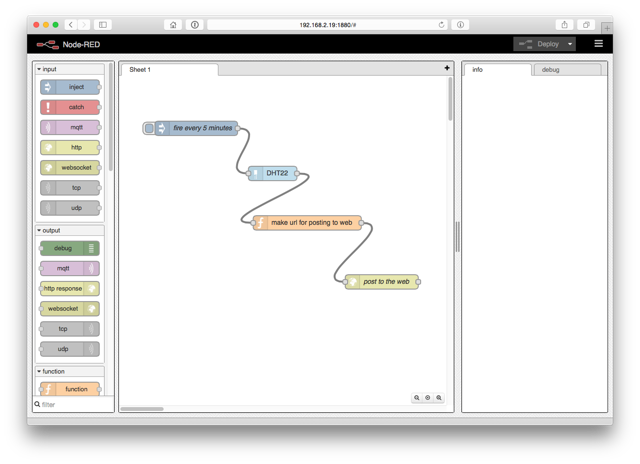 The key here was figuring out the settings for the DHT22 node, which required selecting BCM GPIO as the “pin numbering” scheme: 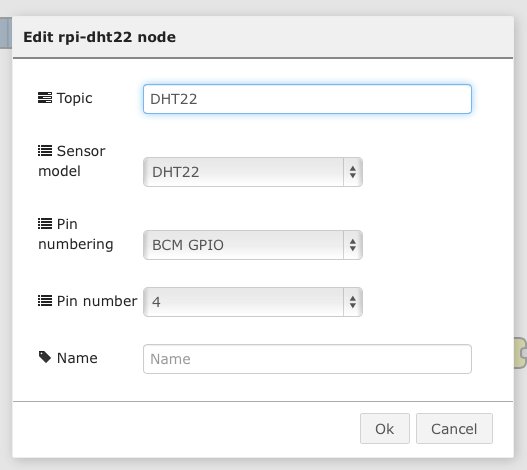 After that it was simple as running a functio node to make a URL for posting to my server: 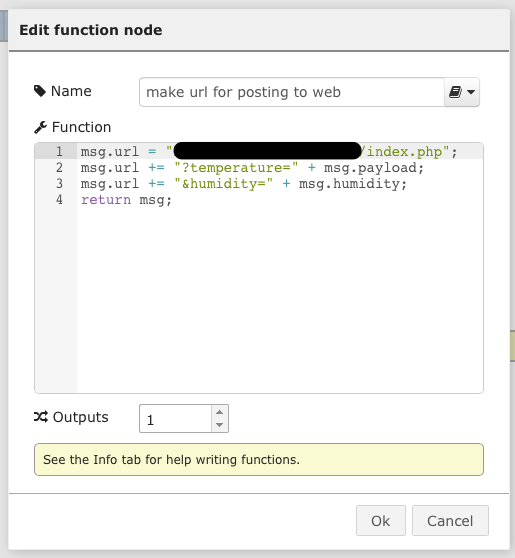 and sending that to an HTTP Request node.

I fired things up and the data started to flow: 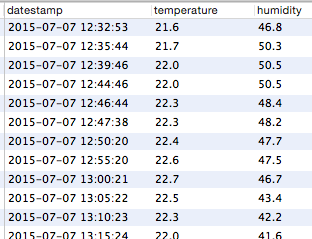 And from there I was able to export the data and make pretty charts: 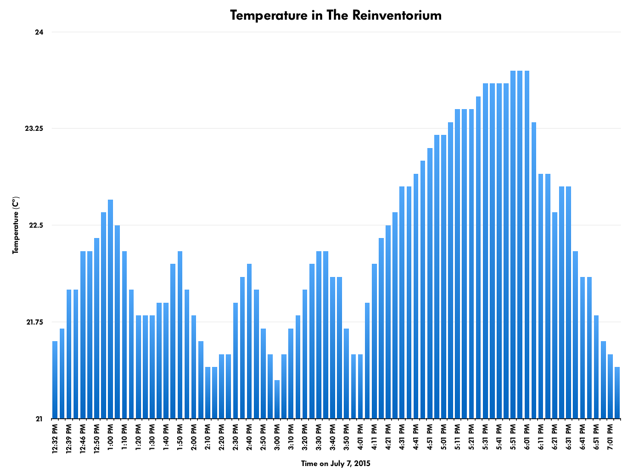 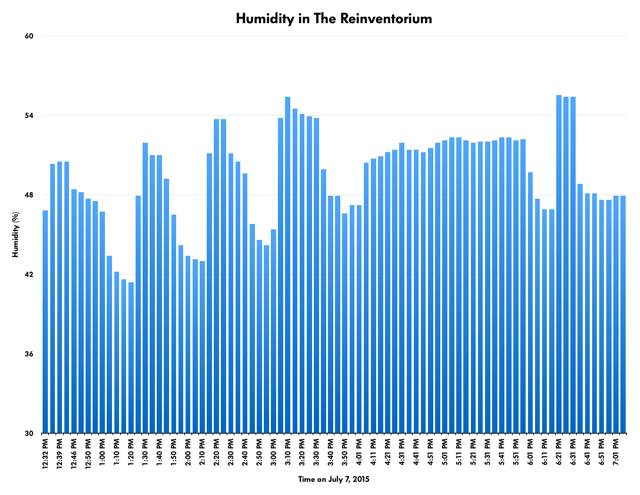