Fraser McCallum, personable communications manager at the Confederation Centre of the Arts (and Charlottetown’s foremost cardigan-wearer) flagged me down on the street earlier this week.

“Would you be interested in tickets to a preview of Evangeline?” he asked.

Evangeline being the second-coming of the Ted Dykstra-created grand dérangement musical, launched originally in 2013 and back at the Centre this fall for a revivified production.

Fraser was brave in making this offer, no doubt aware that I have a conflictual relationship with my bedmates here at The Guild, Anne and Gilbert, whose carrying on I am subjected to delighted by several times a week during theatre season.

I love Anne and Gilbert like siblings. And yet often wish they were dead. Such is life in as closely packed a family as ours.

I am not, in other words, a universally well-regarded appreciator of musical theatre.

And yet Fraser was confident (or foolhardy) enough to invite me to voluntarily inflict musical theatre upon myself.

Which is how I found myself sitting beside Catherine in Row J of the main stage at the Confederation Centre on Wednesday night waiting for the lights to dim and the rousing choruses to begin.

Going in, there was a roughly equal chance that I’d either hate it with the very core of my being or that I’d irrationally fall in love with it.

Spoiler: I irrationally fell in love with it. 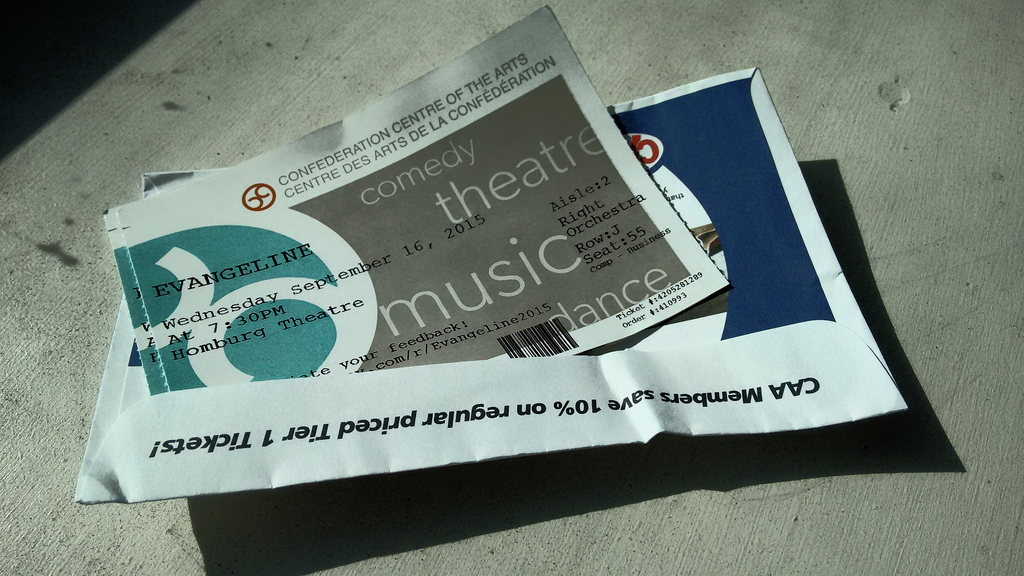 This has been a season of grand dérangement for us: in May we accidentally happened upon Grand Pré, Nova Scotia while on a weekend trip and learned, through Parks Canada’s excellent interpretation, the story of the Acadian expulsion. And, what’s more, got to experience the stunning landscape of the area and come to understand more about why it might once have been regarded as a paradise on earth. 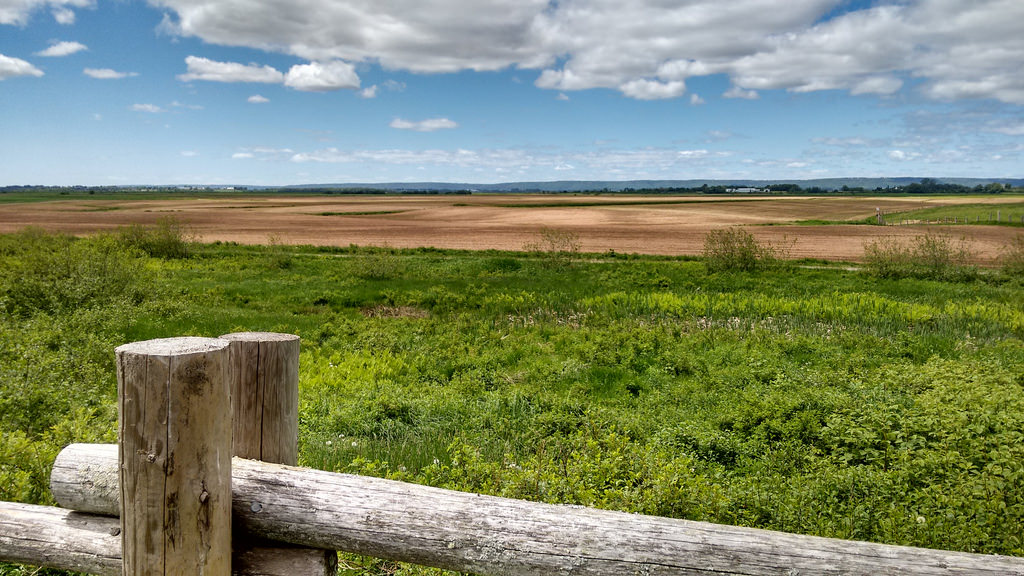 Evangeline is a story that starts in Grand Pré and follows history through the expulsion, and eventual return, knitting everything together against the canvas of the thwarted love of Evangeline and Gabriel.

And it is epic.

Both as a story, and as a production.

But things didn’t start off well for me.

While I understand the necessity of speaking in distilled essences rather than finely drawn characters, the “here are the happy people of Acadie in their happy fiddle-playing idyll” was too much of a caricature for my taste, and didn’t sufficiently establish why Acadie was such a unique place with a long history. As so much of the drama of the tale depends on this, I wished that this part of the story had been stronger.

But things improved from that misstep, and by intermission, with the Acadians expelled and Evangeline and Gabriel pulled apart, I was left eagerly wondering what would happen next.

There were, in other words, no thoughts of escape during intermission.

The second act is where the real heart of Evangeline lies. In some ways it seems like an entirely different musical, and could almost exist as a self-contained piece.

The set is more inventively used, the music is more finely woven into the plot, the trekking back and forth across the eastern United States, which could have been plodding and dull, was, through imaginative staging, thrilling.

I unreservedly loved the second act, from opening until the rousing close.

And yet, it was musical theatre. What was happening to me?

What I realized, halfway through the first act, is that to enjoy musical theatre at all requires a suspension of the sense of its core absurdity, that being the notion that it’s a completely normal thing for song to break out at the drop of a hat.

It also helped to realize that what in a documentary about the grand dérangement could be communicated through narration must be telegraphed through other means in a musical, and so getting comfortable with the musical theatre tropes that are used for this, and relaxing into them, was a great help as well.

Which is also, perhaps, why my comfort with the second act was much greater than with the first: I was putting on a new set of clothes, and I needed to get used to them.

All epic, rousing, consuming, dramatic panorama aside, there’s another very good reason to love Evangeline, and that is because it’s an engaging musical about Canada, and a work of art that, perhaps for the first time in a generation, sees the Confederation Centre theatrically living up to its mandate to “celebrate the origins and evolution of Canada as a nation.”

Evangeline runs until October 10 at the Confederation Centre of the Arts (tickets); it also runs October 31 to November 22 at Edmonton’s Citadel Theatre (tickets).

You really should go and see it. 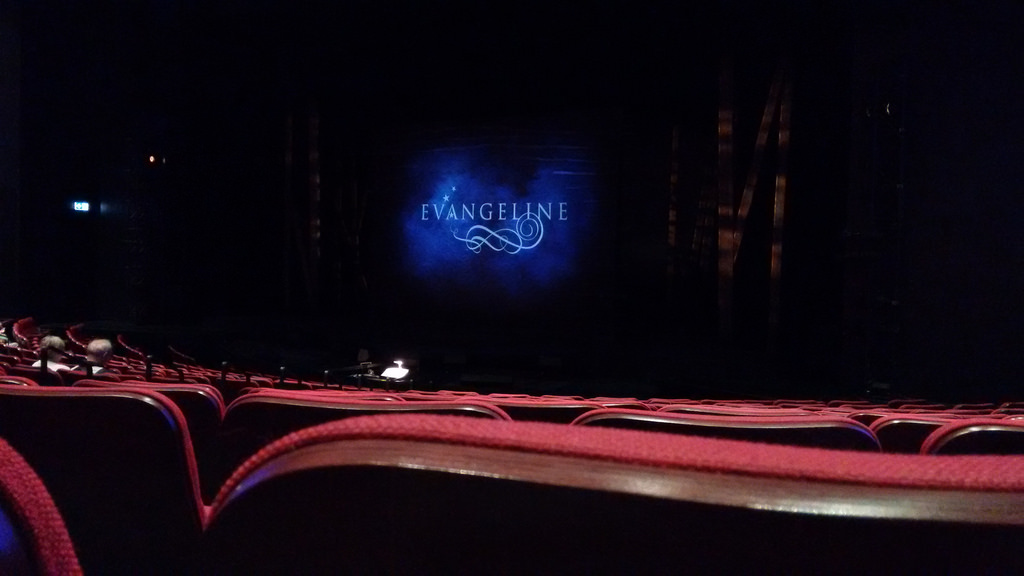 Maybe before you crap on Anne and Gilbert yet again you should actually see it, too.

But, to my credit, I don’t believe that I’ve ever “crapped all over” Anne and Gilbert.