Usually I’m at the other end of the camera, so there are very few photos of me when I’m traveling.

Which is why this photo of Oliver and me in Berlin, along with Sam Stewart and Matthew Richard, taken in 2010, is such a nice thing to stumble across.

We all happened to be in Berlin the same week, and we met up at Yellow Sunshine on Weiner Straße one night for burgers and debrief.

I was reminded of that night this afternoon when I encountered Matthew behind the counter at The Kettle Black, where he’s working for the summer (and where he’s making fantastic coffee, having honed his skills, I am told, in the big city). 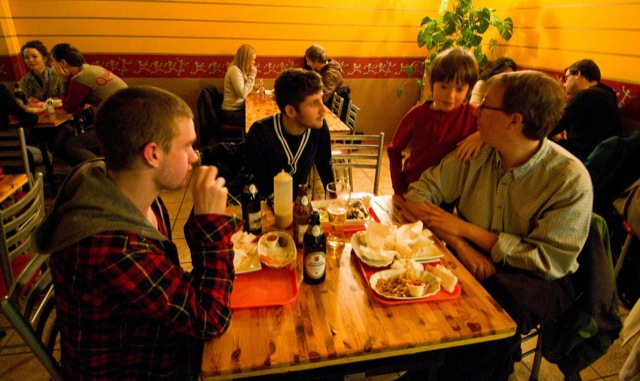 We were all so young then.