The CBC aired a report this evening on The National about the continuing fall of Conrad Black. Towards the end of the segment, reported by Havard Gould, a statement from Black’s lawyer “Eddie Greenspan” was read over an image of “Greenspan:” 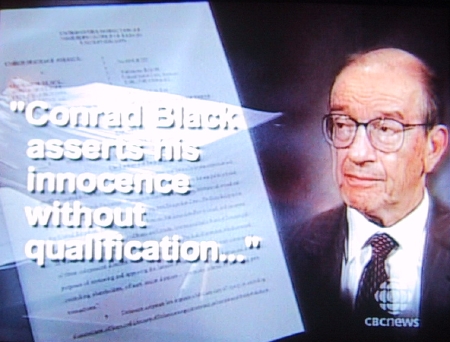 The Quicktime version of the story currently running on the CBC website has a different graphic: 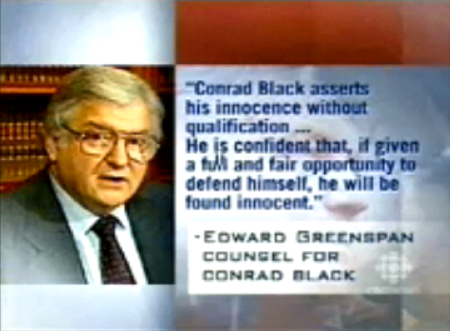 I guess even the best news organizations in the world can make mistakes.

Foiled again! I just sat down to blog this World Exclusive myself, only to see you’ve beat me to it again! Rukavina!
(the image was corrected on the National Lite @ 11:00)

You can call me anything you want, just spell my name right :-).

Any interested in this tragi-comedy (Conrad Black, not the omnipresent Mr. Greenspan) might want to follow some of the links I’ve posted over the last year.