I skipped supper last night and attended a meeting of Extinction Rebellion at Trinity United Church. 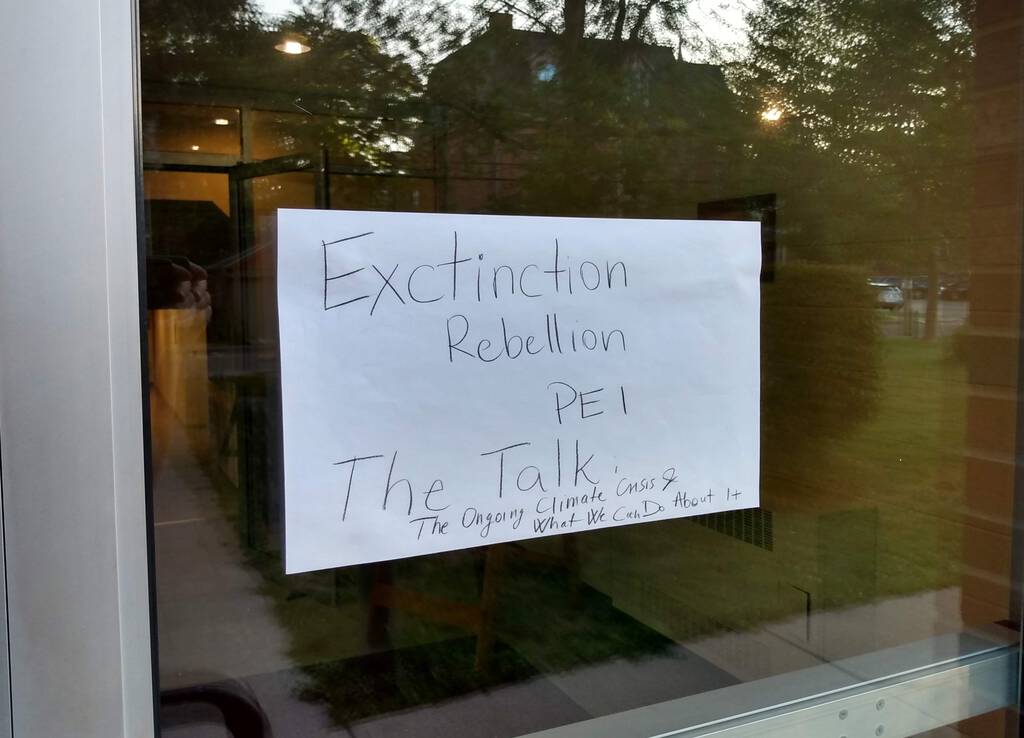 My reason for going was simple: Extinction Rebellion has three demands, one of which is:

I wanted to find out more about how they propose to do that.

The current timetable here on PEI is to be net zero by 2050, far enough away so that it’s possible to have “TBD” as a placeholder for a substantial part of our Climate Action Plan. If there’s a way of getting there in 5 years instead of 30, I want to know what it is, and get right on it.

Those answers were not forthcoming.

The mental health challenges of having insight into a global catastrophe while the world sits idly by, as though nothing’s happening, is not completely unexplored terrain: anyone who lived through the 1960s and 1970s, and the ever-present fear of imminent nuclear war, can recognize the phenomenon. And the feelings.

I emerged from last night’s meeting realizing that, while I share the underlying scientific concerns of Extinction Rebellion, I am not one of them.

For the time being I want to focus my energies on insulating my house and getting cycle paths built, not stopping traffic on bridges.

At the same time, I was confronted with a group of people with unusually fine-tuned empathy; spiritual canaries in the climate crisis coal mine, so to speak.

And that, to my mind, is reason enough to pay attention to Extinction Rebellion: they are grappling with the psychological effects of climate crisis, and this is something we’re all going to have to come to terms with, sooner than later.

To understand more about our near-future selves, to understand more about the stresses we are all under from the cognitive dissonance of living one way while logic dictates we live another, to see what happens when remorse and anger and confusion and planetary grief boil over into direct action, we should look to our Extinction Rebellion forerunners.