The Island’s record store, Back Alley Music, has a new home at 257 Queen Street, between Fitzroy and Euston, and the expanded space has afforded it the opportunity to welcome a vegan take-out, called Stir It Up, to its midst.

This places Charlottetown in the remarkable position of having, along with My Plum, My Duck, two vegan restaurants. Our corned-beef-and-cabbage-eating ancestors wouldn’t know what to make of the place.

I’ve been by Stir It Up for lunch a couple of times now, having the “FLT”–a vegan take on the bacon, lettuce and tomato sandwich–both times.

I’m not 100% sold on the sandwich–if their goal is to recreate the BLT faithfully in vegan form, they’ve a ways to go on issues like “lettuce crispness” and “fake bacon snappiness”–but I laud the effort. And the space, the staff and the idea of the place are enough to bring me back again.

The service is a little pokey, for which I’m willing to hand them a “good food, well-prepared takes time” get-out-of-jail-free-card. Fortunately, the environs are pleasant enough, and when you run out of energy for flipping through the vinyl record bins, there’s a comfortable mid-century modern chair to set down in, complete with a view of Stompin’ Tom. 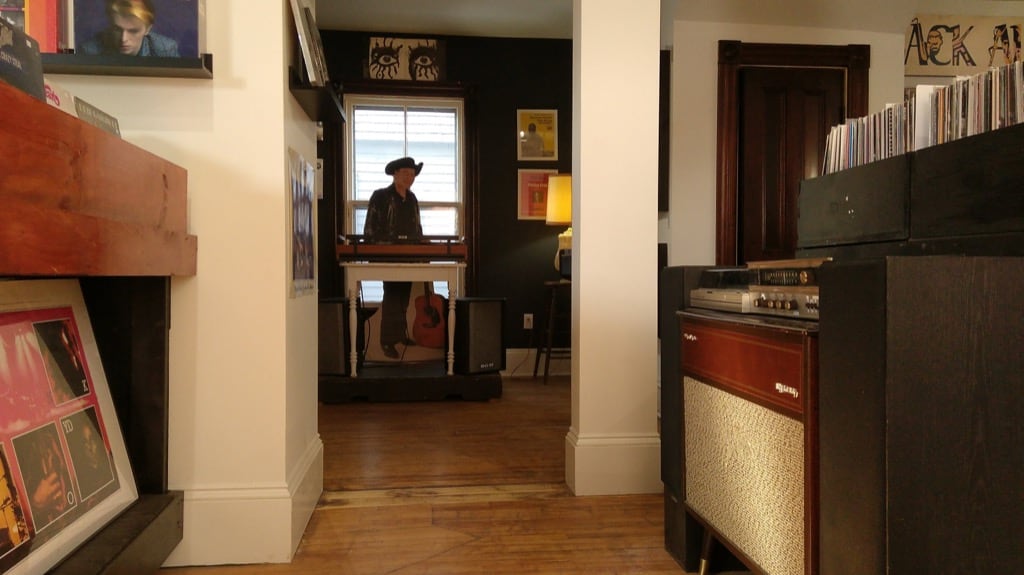