For the last 90 days I’ve been running an app called Backtitude on my Android phone that sends my geolocation to a server where it gets stored away in a database.

Backtitude updates my location every 5 minutes, but only if it detects that I’ve moved more than 20 metres, so it’s recorded a total of 4,189 geolocations over 90 days rather than 25,000+ that it would have otherwise.

I built a little web app for myself to visualize my travels: there’s a dot on every location and lines connecting each successive one.

I took a trip to Europe in June and a trip to New England in July: that’s what the long connecting lines are.

The map is more interesting when I zoom in; here’s my travel on the Island, for example: I’ve gone as far west as Ellerslie and and as far east as Cardigan. 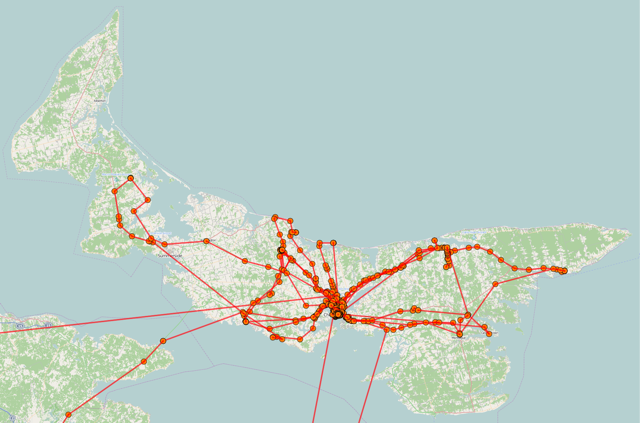 And here’s my summer in Charlottetown, where I spent the most time: 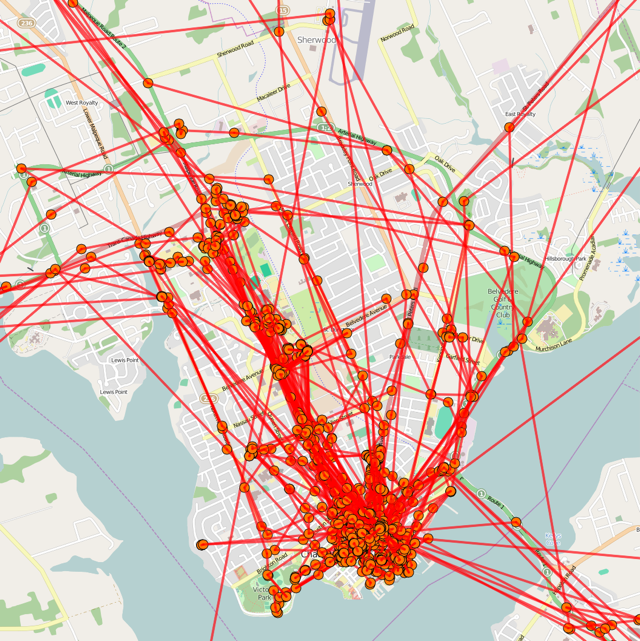 It all becomes more manageable if I decrease the date range that I visualize; here’s the last 24 hours in Charlottetown, for example. Outside of the Richmond Street corridor that connects my house to my office, everything else is dog-walking. 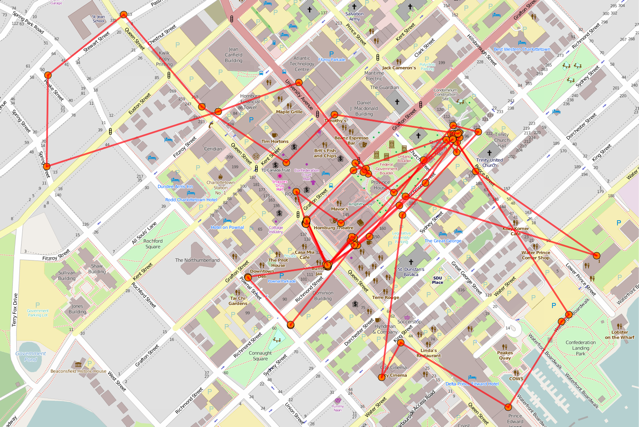 There’s utility both in looking at the overall terrain I’ve covered, but also in looking at specific trips: back in July I decided to follow Waze’s guidance for getting into Logan Airport in heavy traffic. As a result, I blindly drove hither and thither and had no memory of where I’d been. Except that I did: 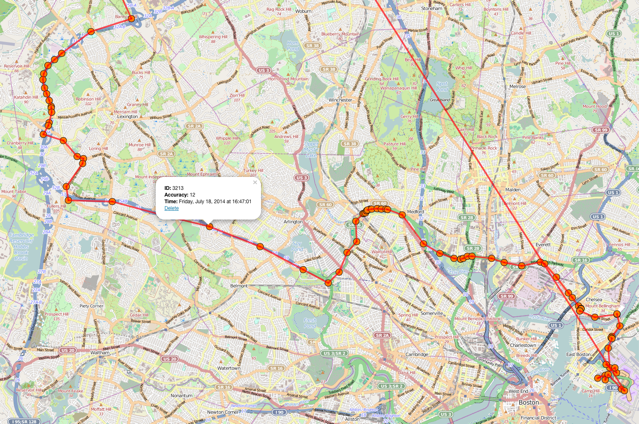 And here, earlier in July, is a day-trip into Utrecht in The Netherlands, arriving at the train station, walking through the centre to the Universiteitsmuseum, then a walk uptown for summer before returning to our campground: 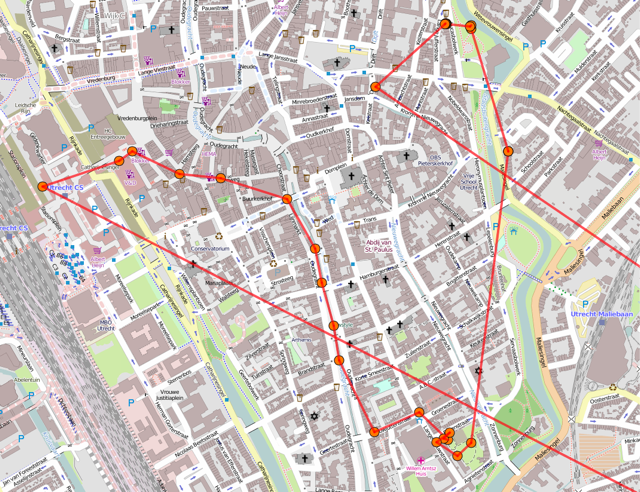 And here’s a walk around the centre of the town of Zaltbommel one afternoon on an open studio tour: 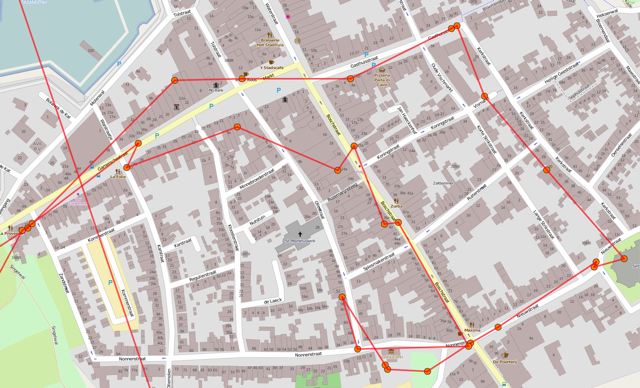 Looking back over the last 90 days my travels are fading from memory far enough that navigating back through my geolocation timeline has an effect similar to flipping through vacation photos. I’ll be interested to experience the same thing once I’ve been tracking my location for, say, a year or two.

If you’re interested in doing the same thing, here’s the server-side code that accepts geolocations from Backtitude.