When you imagine a typical Sunday in Berlin, what comes to mind more than spending the day by the lake at an abandoned tuberculosis sanatorium at a festival of urban art?

That was our Sunday, today: artbase2011.

Not quite sure what we were getting ourselves into, we headed off early, catching the 9:30 a.m. subway, then a regional train, and then a bus, and then a 2 km walk. By 11:00 a.m. we were in the woods of Grabowsee, north-east of Berlin about 15 minutes from Oranienburg. Built as a sanatorium in the 1930s, later used as a military hospital, in recent years Grabowsee has been in a “deep slumber” (so says the event’s website); as we walked across the Grabowsee bridge and through the woods we got a good sense of what a sanatorium in slumber looks like: 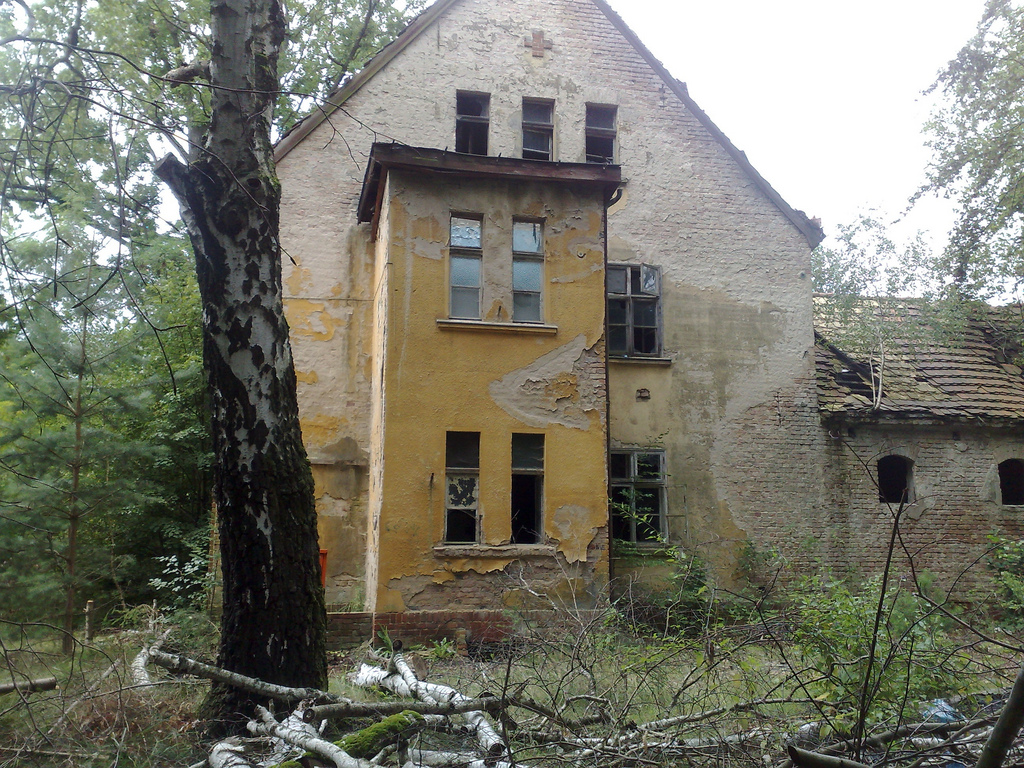 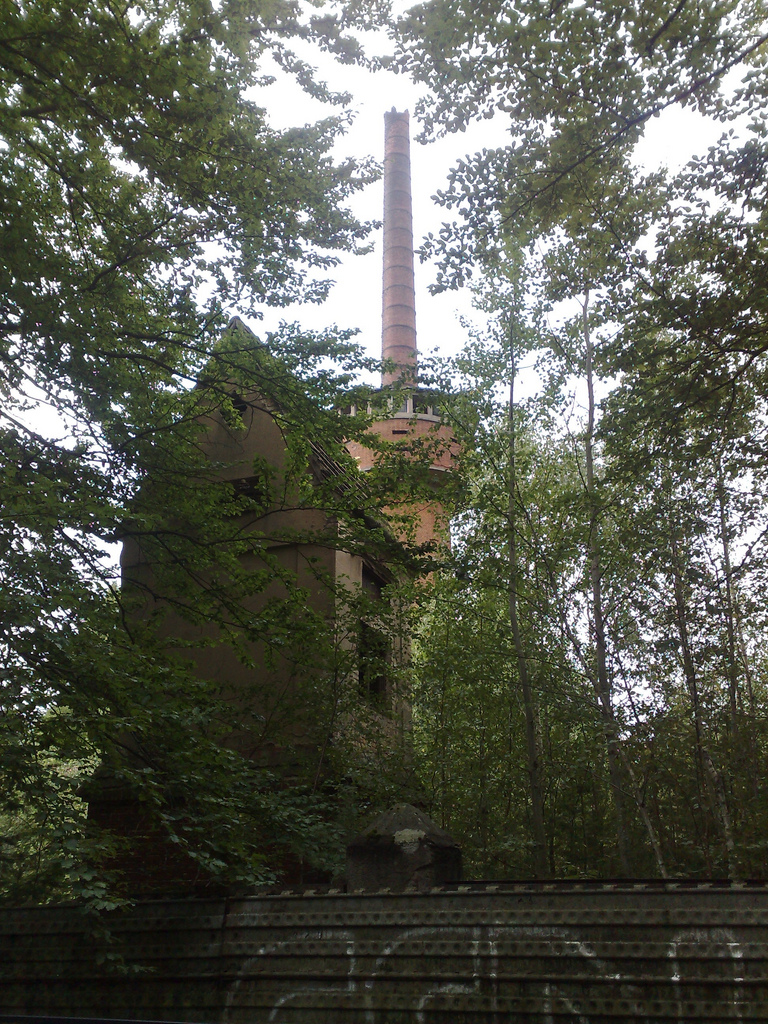 Ten minutes into the woods along a well-groomed cycle path we came to a booth staffed by a pleasant but imposingly muscled man. We paid our €10 each (Oliver was free), got a wrist band, and proceeded on to the next level, 5 minutes further along the path, where we were quizzed, half-heartedly, about whether we were bringing alcohol in with us (it seemed that the likelihood, in the gate-man’s eyes, of a suburban couple smuggling in beer was not great; there was no bag searching).

And then we were there.

It wasn’t immediately clear where “there” was.

We emerged into a clearing populated by several large open warehouses, a couple of sleepy-looking food stalls, a giant foil-covered Trojan horse and with the pulsing beat of a techno DJ set up in the opening of one of the warehouses. I’m sure, to the Berlin urban techno hipsters that were chilling all around we must have looked like we’d taken a wrong turn looking for the golf course (we all think we are 200% hipper-looking than we actually are, which places me somewhere in the “Richard Nixon” level of presenting myself in an environment like this). 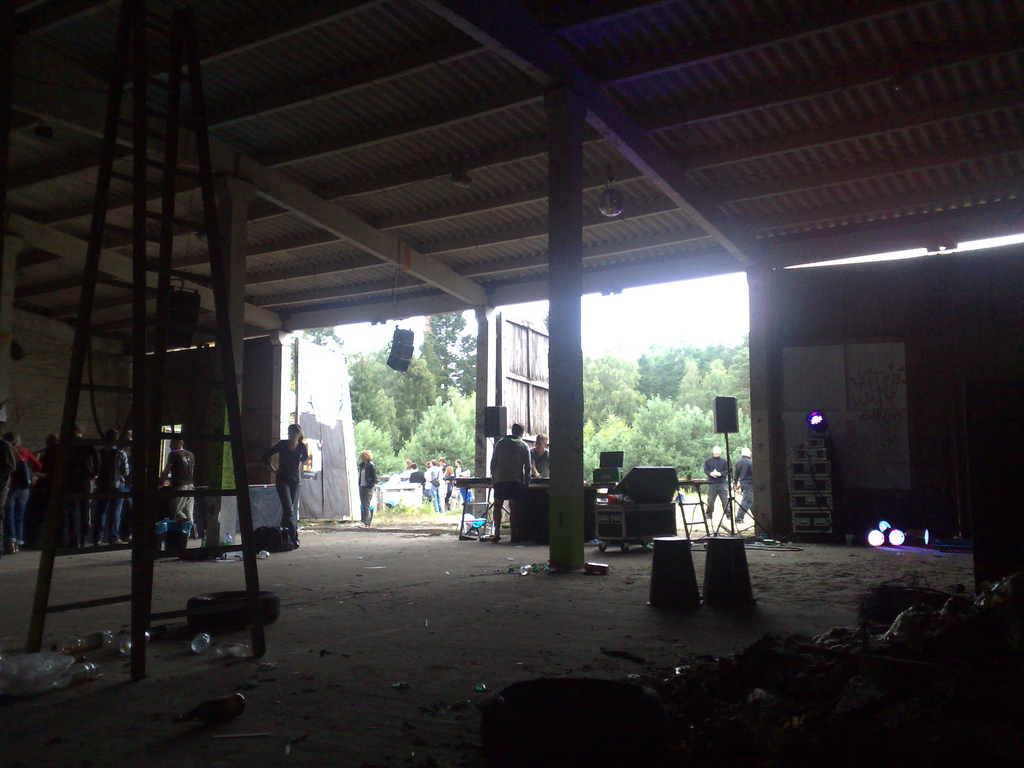 That said, everyone was very nice and it wasn’t long before we had cake and a sit and began to figure out where we were.

And where we were was in the middle of a spontaneous nexus of spray-painted masterpieces covering the ancient infrastructure that the forest was doing its best to take back. 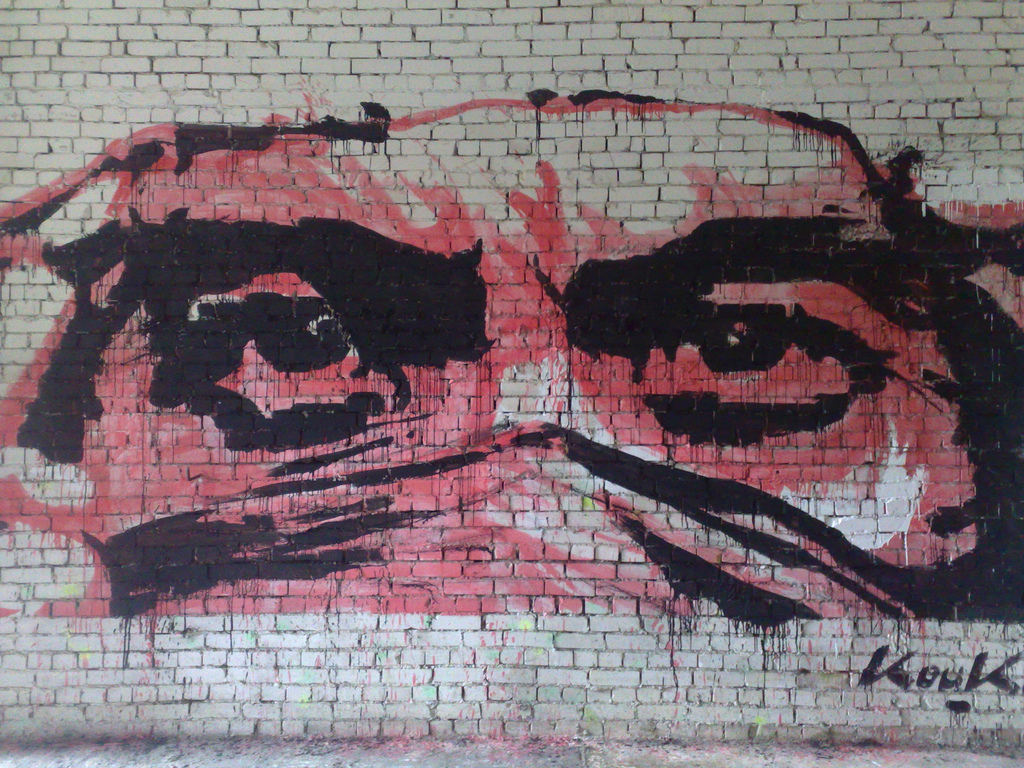 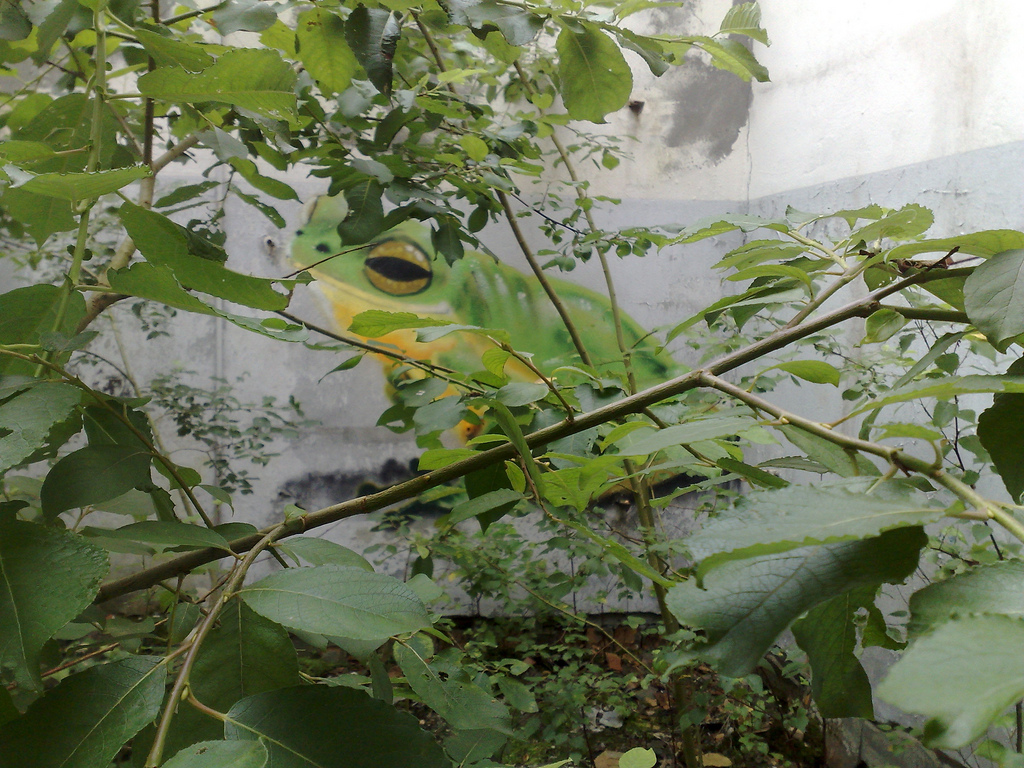 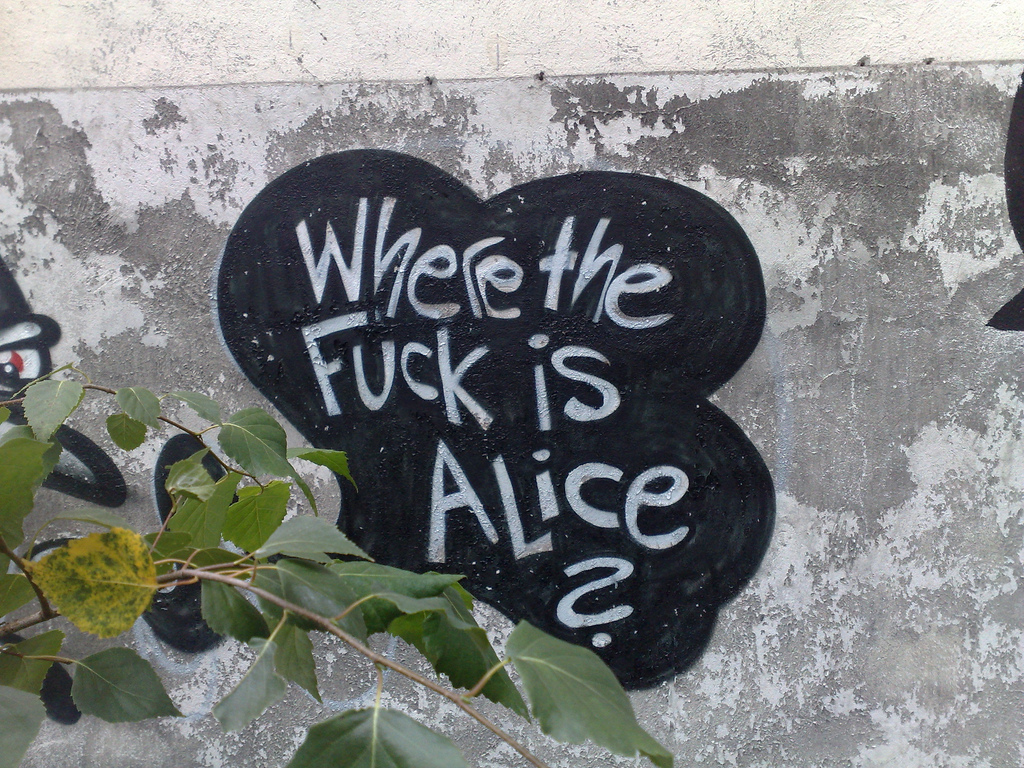 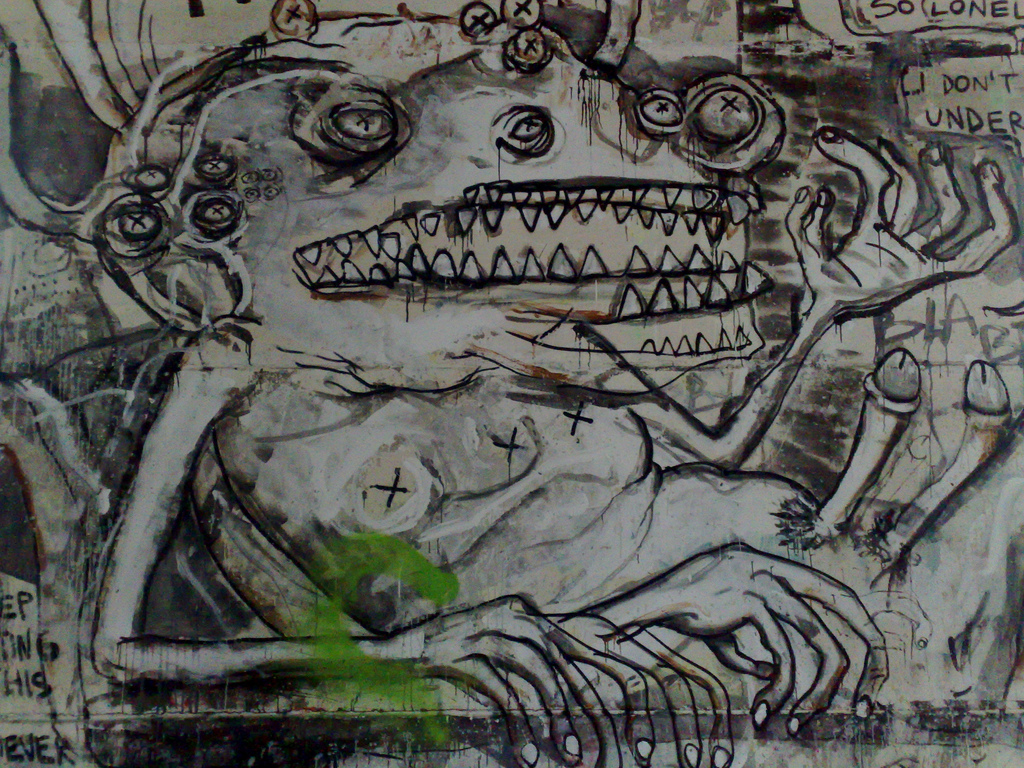 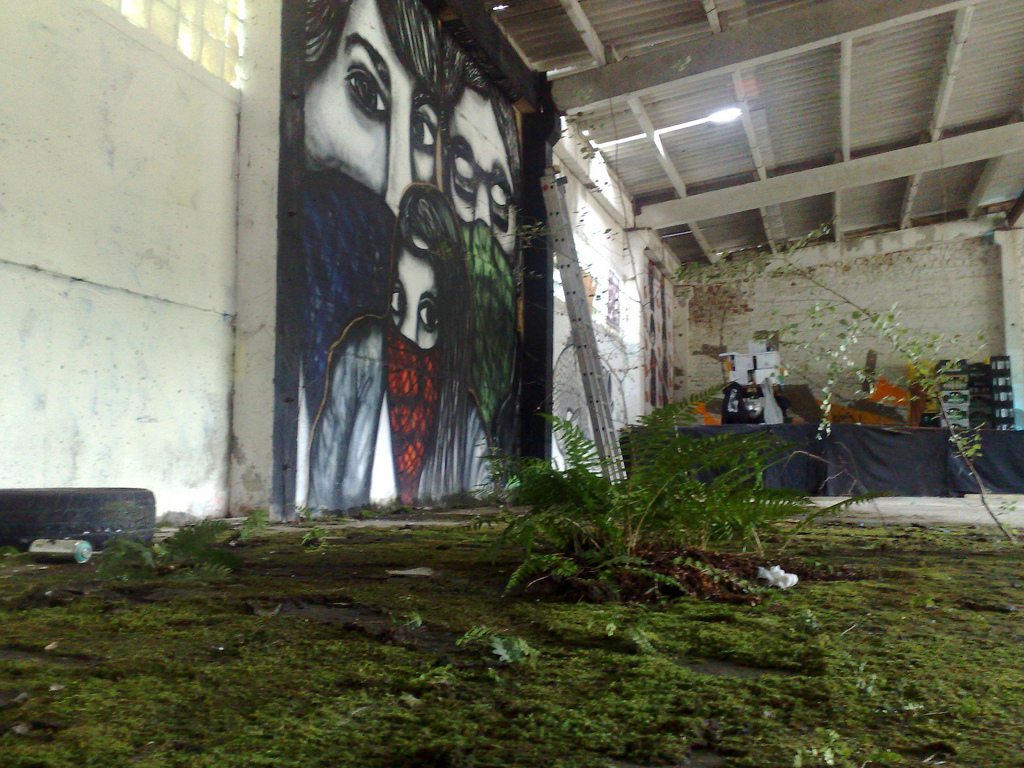 Building after building after building received the same treatment, and there was hardly a door or window or beam uncovered. The work ran the gamut from banal to intriguing to mind-bogglingly profound. If nothing else it made the notion of experiencing art in a traditional white gallery box seem absurdly narrow-minded.

All of this was, of course, in the midst of the slumbering sanatorium, which, as we walked through the forest, we found new parts of around every corner: 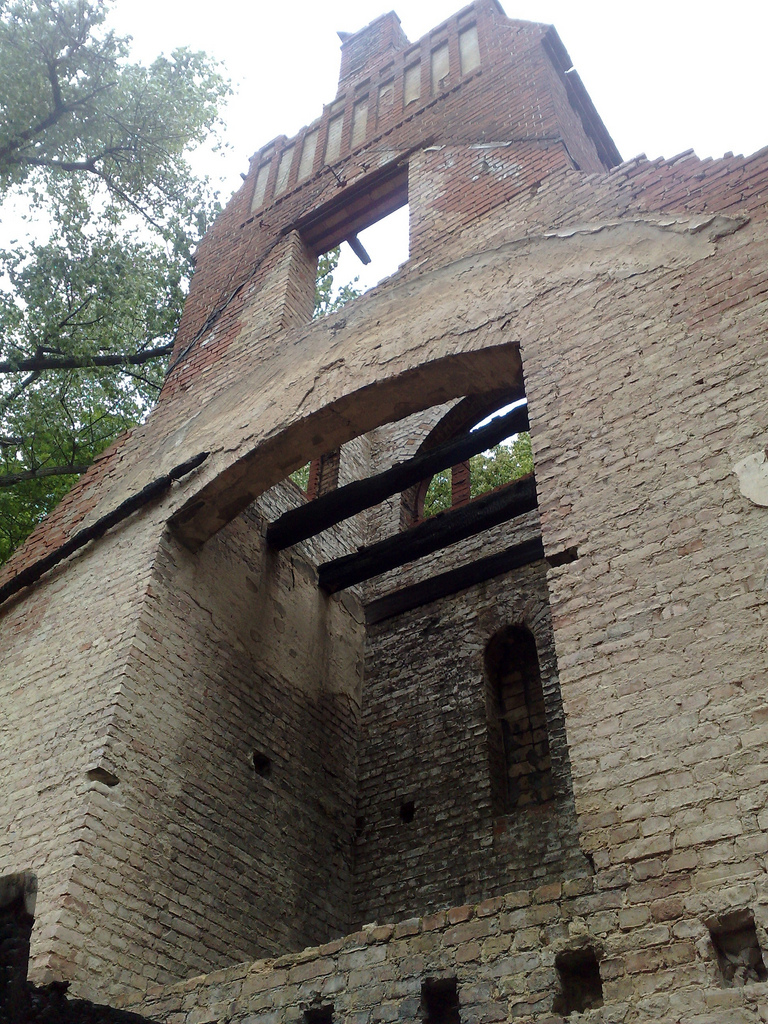 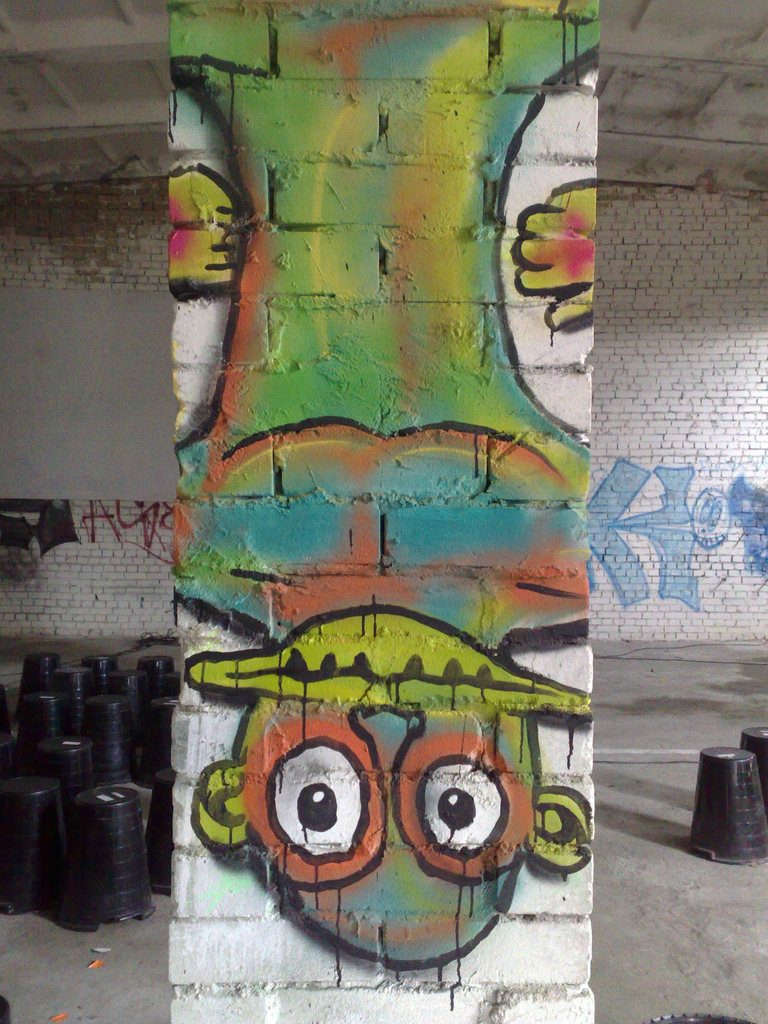 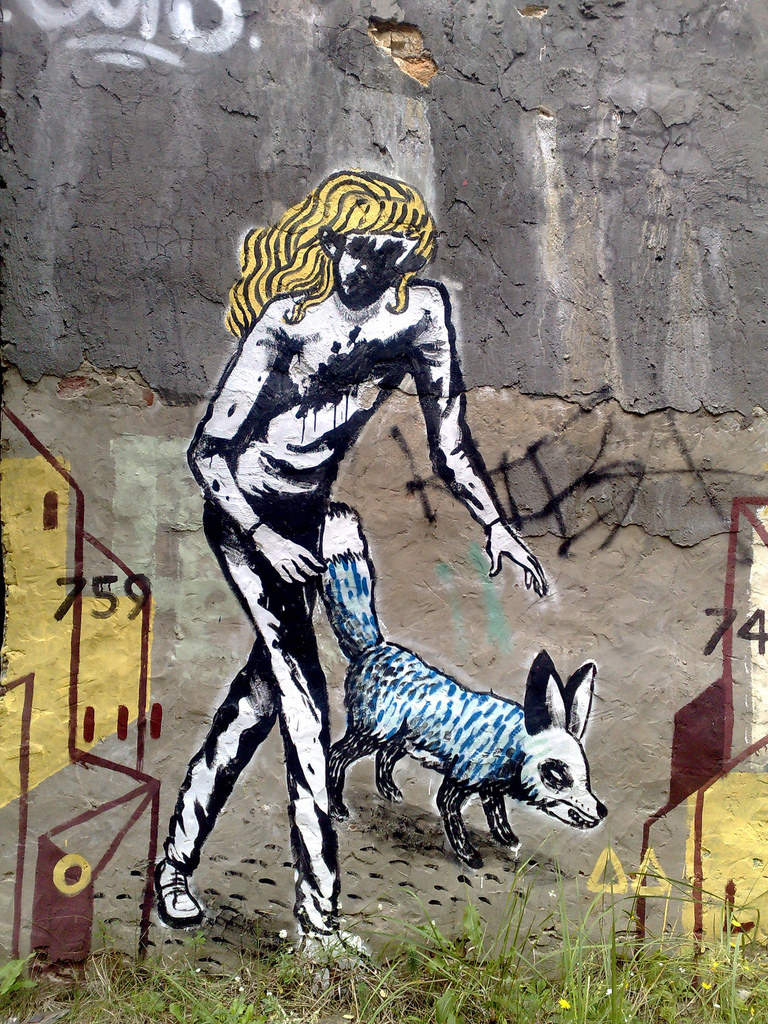 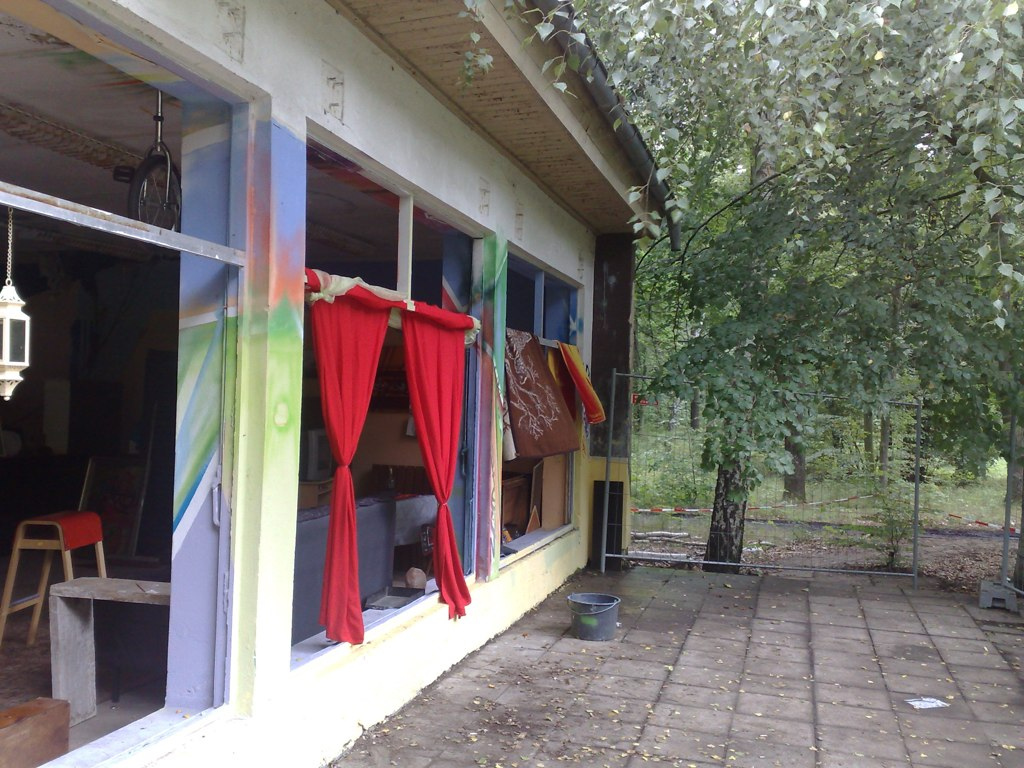 It was all deeply, deeply weird, but also deeply, deeply interesting. I can’t say as though I grasp completely the lifestyle that supports spending summer weekends by the lake making artworks on abandoned buildings, but I’m certainly happy that there is such a lifestyle.

The bus back to the city left every 2 hours, so we started to head back toward the road around 2:00 p.m., passing through another couple of buildings on the way out, and running across a different slice of the art: 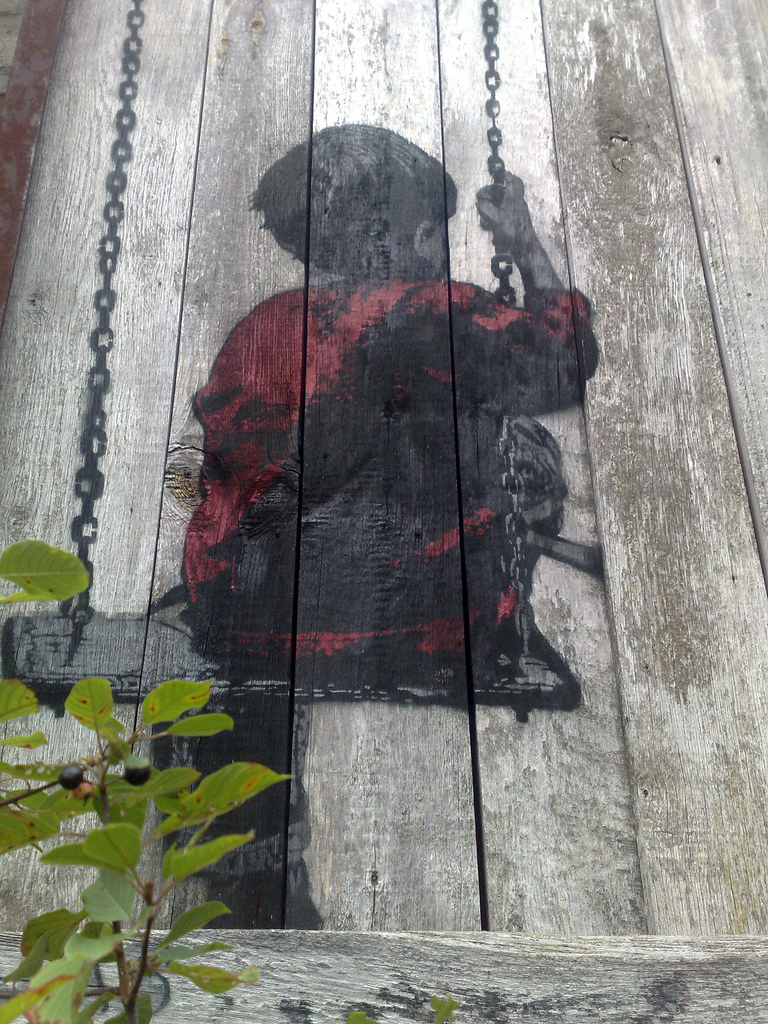 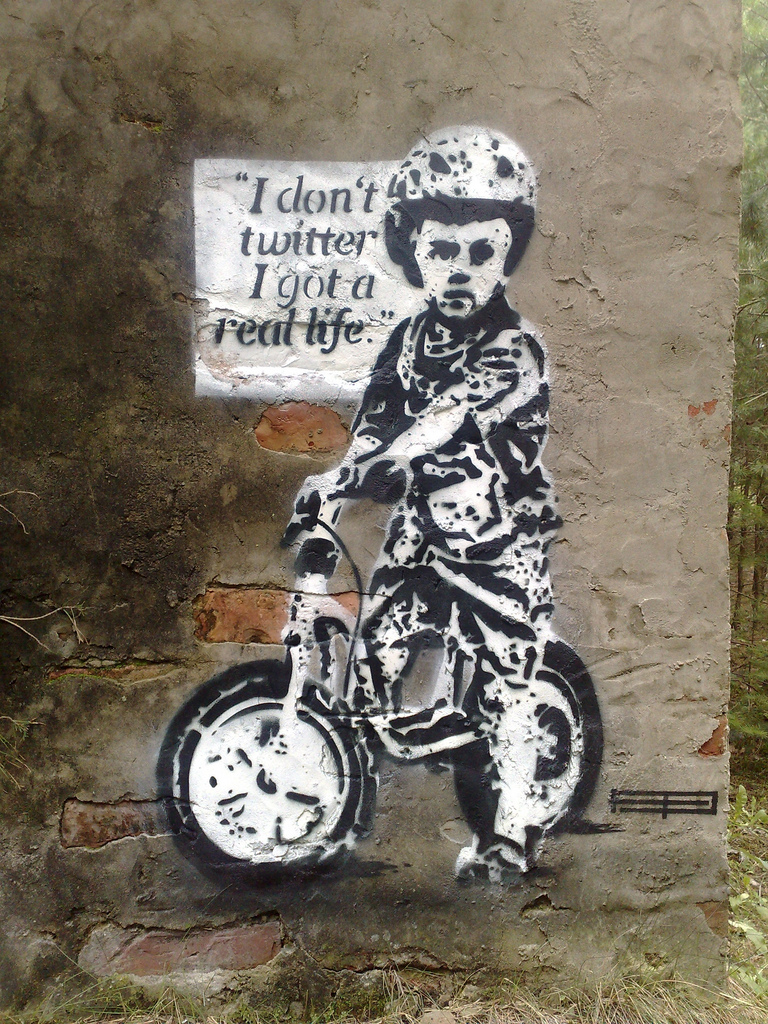 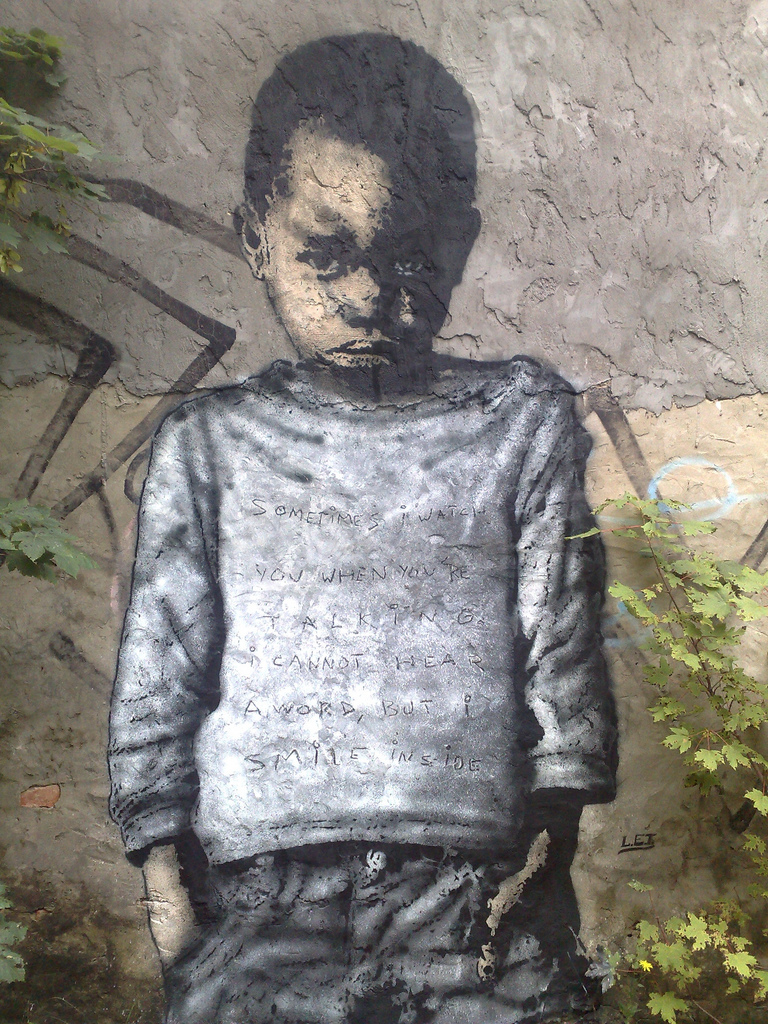 By 5:00 p.m. we were sitting inside Maria Bonita in urban Berlin eating tacos and, I think, not quite sure what had just happened. But we were all glad we went, and, at least for me, what I think of when people talk about “art” has expanded to include a kind of environment and a kind of artist I didn’t know existed before.

Excellent post, but for different reasons, I ask myself this same question nearly every day.

Fantastic — it is like you stepped through the looking glass yourselves.

Have you seen “Through the Gift Shop”?