One of the confounding aspects of our two weeks spent in a VW camper in Europe this summer was that I struggled to keep my mobile phone charged from the camper’s electric outlets.

The design of the camper’s electrical system didn’t help: there are two power outlets behind the driver’s seat: one works while the camper is on the road, the other when it’s parked and plugged into the mains. Meaning that I had to switch back and forth at least twice a day, and, what’s more, to remember which was which.

But still, the phone would often end up dead in the middle of the day, for reasons I couldn’t explain, and I became convinced that the VW electrical system was flaky.

It never occured to me that the micro USB cable I was using to charge the phone would be at fault. But it was. 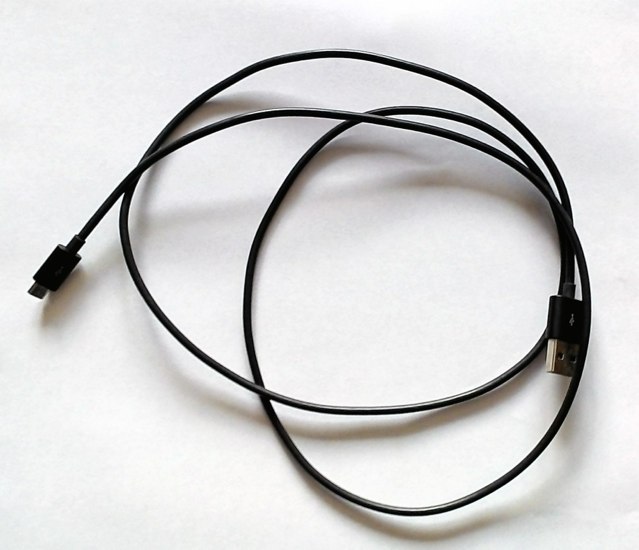 Returning home to the Reinventorium I found, sure enough, that this cable, the one that came with the phone, one worked if it was plugged in “just so,” and exactly what that meant changed every day.

Speaking of which: what’s up with the price of micro USB cables in retail stores? I went over to The Source in the Confederation Court Mall to buy a replacement for this faulty cable and all they could sell me was this $24.99 Blackberry-branded cable. I finally found one for “only” $14.99 up at Target. But still, when Monoprice retails these cables for $1.11 it makes the local pricing, even if you factor the acceptable cost of “I just had to walk a block instead of waiting a week,” seems like highway robbery.

For $93 I could buy 100 micro USB cables from Monoprice and just pass them out on the street as a public service. Hey, maybe I should do that.