My high school biology teacher, Judy Libman, taught me many things. Some of them, I’m sure, were about biology. But the most valuable lesson she taught me is that people like to talk about themselves.

For a naturally curious person like me this was a fantastic gift: I became suddenly aware of an entirely new way of satisfying my curiousity; all I had to do was talk to people.

Brian Grazer says much the same thing in his book A Curious Mind:

First, people—even famous and powerful people—are happy to talk, especially about themselves and their work; and second, it helps to have even a small pretext to talk to them.

This notion has served me well over the years, and is responsible for getting me into most of the interesting diversions I’ve taken in life.

In recent years it has turned out that being a printer – even a nascent printer just finding his way – provides the “small pretext” I need. And if not being a printer, being a Hacker in Residence is good too. It’s not as though I can phone up Warren Beatty and be put through because I’m a well-known printer-hacker, but rather that when I phone or email interesting-sounding people cold, I have a way of introducing myself that’s better than “um, I’m a guy, from Canada, um, and…”

I used this secret superpower this week when I tracked down Ane Thon Knutsen, seemingly Norway’s only letterpress printer.  I asked her if it might be possible to drop by her studio for a chat while I’m in Oslo; she got back to me quickly with the apology that she’s on maternity leave, and her studio isn’t active right now.

But she did suggest that I try to visit its former home, in Fellesverkstedet, a cooperative workshop in central Oslo. So I dropped Fellesverkstedet a line, and project leader Graham Hayward invited me to drop by the shop this afternoon we had a great chat.

Fellesverkstedet is, in its current “pilot” incarnation, equipped with a wood shop, digital fabrication shop and a screen printing shop; they’re deep into the process of moving to a newly-acquired home, and the pilot site is, among other things, a way of testing out layouts and facilities for the new place.

More so that anything infrastructural, though, Graham’s greatest insight was about hiring staff: to allow users of Fellesverkstedet’s facilities to receive training in a non-threatening, supportive manner requires hiring non-threatening, supportive staff, and they have found that hiring people like bartenders and restaurant servers generally works out much better than hiring technicians. Technical skills can be taught; the skill of making someone at ease when they walk in the door for the first time is much more difficult to train for.

This echos my own experiences visiting maker spaces and community print shops: those with a host at the helm are successful and engaging; those with a technician at the helm feel like spending time in a customs line-up.

“Welcome, how can I help?”, in other words, trumps “Where’s your USB stick?” every time. 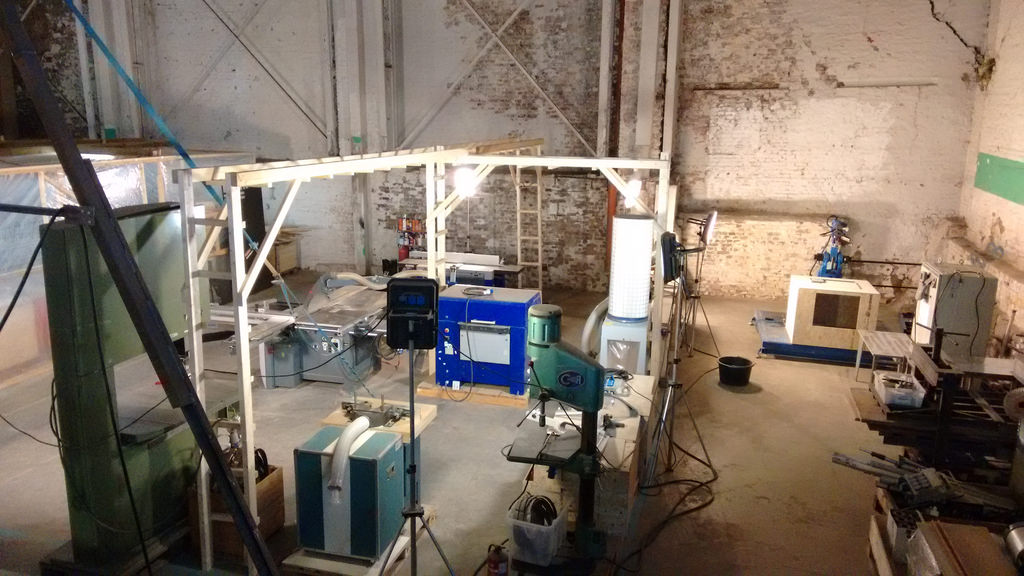 Great story and insight Peter. Most FabLabs here in NL are to tech focussed to actually be able to generate much sense of community, for lack of people skills, imo. Hosting is an important element, indeed. Thanks.