A testament to how little my finger is on the bleeding edge, until this morning I’d never come across the WebKit Open Source Project, described as “the system framework used on Mac OS X by Safari, Dashboard, Mail, and many other OS X applications.”

I was prompted to take a look by this post by Andrew Sutherland concerning the new “Web Inspector” feature. So I grabbed the latest nightly build and fired it up at YankeeMagazine.com, a site I’ve been re-conceiving in CSS over the last few days. Here’s what it looks like: 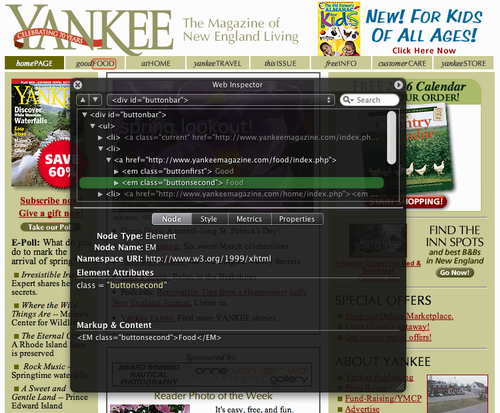 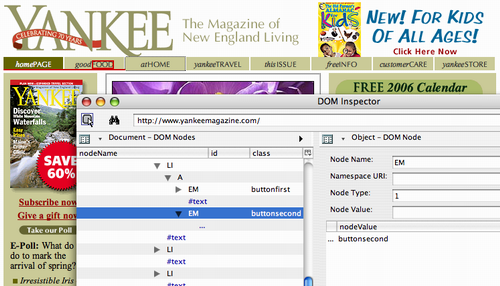