When I came home on Sunday afternoon Catherine asked me to find out from Oliver what he meant by “water cake.” Earlier in the day she had asked him what kind of cake he wanted for his birthday, and that was his response. But she couldn’t get out of him what he actually meant.

Once I started talking to Oliver about Water Cakes it became clear that he knew exactly what he wanted — I could tell he was channelling a great vision in his head. It was also clear that the laws of physics and chemistry would prevent successful completion of a cake that involved tremendous amount of boiling water. Or, at the very least, our guests would be scalded.

So, using the kind of verbal judo that all parents in the readership will know well, I managed to convince Oliver that, although his cake vision was entirely valid, actual execution would demand some design modifications. By the end of our talk I had him around to a position wherein a normally baked cake would suffice, albeit one with interpretations of the graphical user interface of the Water Cake applied with icing.

Fortunately Catherine is brilliant, so at this point my work was done and I handed things over to her. Here’s the result: 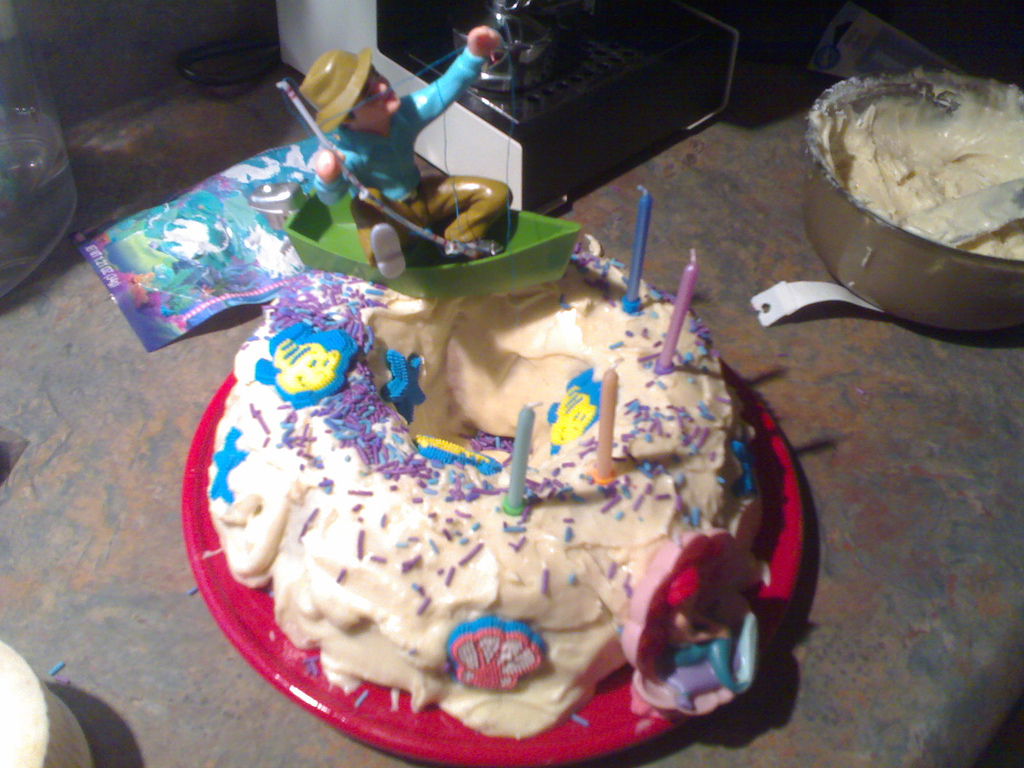