Last summer, on a warm Sunday afternoon, I was sitting on a bench on Queen Street eating my lunch of Indian food when two older men came along and asked if I minded if they shared the bench. Of course I agreed, and we ended up chatting about the neighbourhood while I ate.

I related to them the story that had been told to me, years ago, by the proprietor of Carter’s, the stationery shop that was located where Terre Rouge is now.

During the time the Sisters of the Precious Blood, a cloistered order of nuns, lived at 124-126 Sydney Street (currently The Gahan House), there was concern that the sisters could be seen sunning themselves by workers on Carter’s top floor; the Diocese asked Carter’s if they would consider bricking the upper windows to prevent this, and when Carter’s agreed, they won the stationery business of the Diocese in thanks.

My bench-mates had heard this story as well, and they added their own angle: both of them had lived in the house formerly occupied by the nuns when, in the 1960s, it was operated as a boarding house, and they had both been involved in a renovation process on the building at the time. It was during this work that they came to learn of a tunnel that connected the house to either St. Dunstan’s Basilica, next door, or perhaps to the Bishop’s Palace, or perhaps to both. They were dead certain of existence of this tunnel.

In the year since I’ve asked many people, including the current owners of the building, about whether they’d heard of such a thing, and I’ve yet to meet someone else who has, but the certainty of the tale has had me convinced I’ve simply yet to find the right person.

This morning I sent a note to the Catholic Diocese to seek their input, and they responded in true 21st century fashion by posting a query on their blog: The Basilica’s Fixed Link? 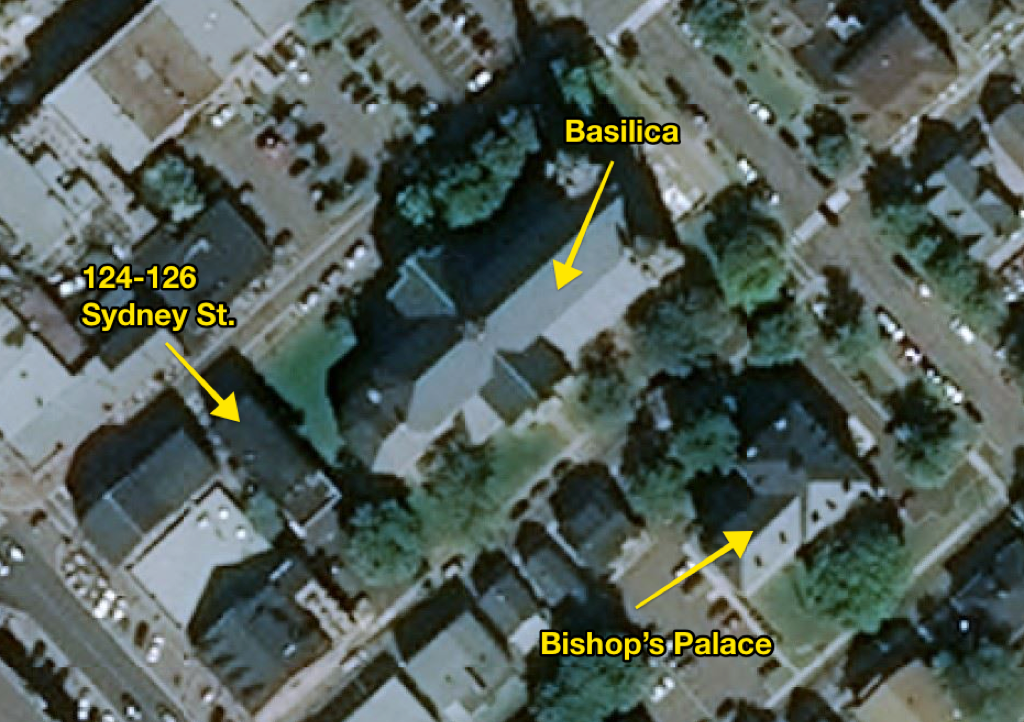