Regular style-watchers will recall that I acquired a new pair of eyeglasses from Gaudet Optical back in April.

As my personal style gravitates toward schlump, wearing these glasses over the nine months has been something of a revelation to me: for the first time in my life I received compliments from total strangers.

“That’s fetching eyewear you’ve got chap,” and the like. I’ve never felt closer to Philip Johnson as I have this year.

On New Year’s Eve, the eyeglasses tumbled to the ground from my head during fatherly-related anxiety-containment duties at Pearson Airport in Toronto. The glass itself was unaffected, but the left arm became detached at a most inconvenient place: 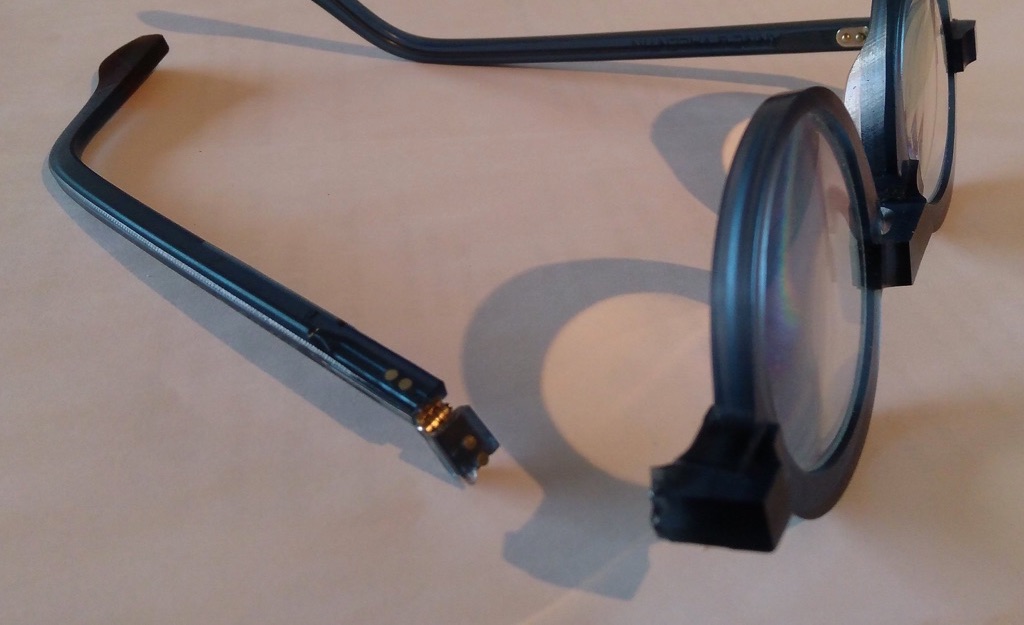 Fortunately–given that the world is blurry, both near and far, without eyeglasses–I was still able to wear the glasses with one arm. But any activity that involves bending over risks the glasses falling from my head.

I emailed Gaudet Optical this morning to see if they glasses might be repaired and their response came quickly, and with good news:

That does look like a very unfortunate incident indeed. Your frame is under warranty so I will order a new frame front for you today, the company generally says is take about 2-3 weeks to ship into us (coming from Europe).

So I will be a one-armed eyeglasses wearer for January, and then get by on my old glasses for a few days as the repair is affected over in Halifax.